Form Cure - Some LED's not working

Has anyone noticed some of there LED’s are not working on their Form Cure? Mine appears to be an issue on the side panels (top and bottom of the three LEDS). If so have they found a solution?

I contacted Formlabs Support EU and they have said they do not repair or sell spare parts for these. Their only solution appears to be buy a new one. The device is quite easily serviceable, however the LED panels are proprietary making the only source for the parts from Formlabs.

I was thinking of buying the FormCureL when it arrives, but this lack of support and serviceability makes me question this and look for alternatives that are.

Hopefully manufacturers of other devices start following this new EU law too - it’s just plain stupid not allowing customers to fix small issues like what you have. 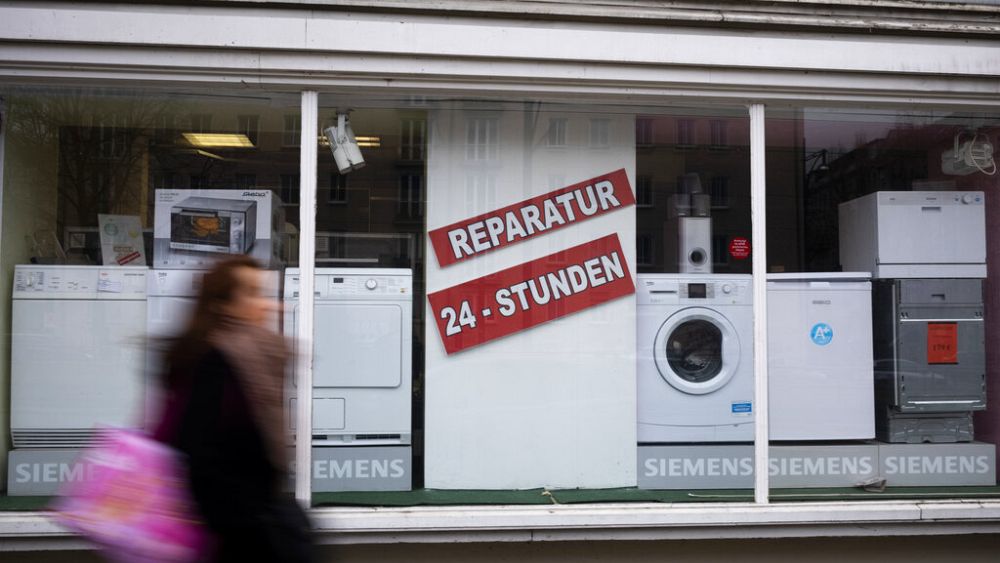 Companies that sell refrigerators, washers, hairdryers, or TVs in the European Union will need to ensure those appliances can be repaired for up to 10 years.

Thanks Reine, I totally agree, we have implemented the same law here in the UK. Its bad for the environment to just throw away a product that is easily repairable and perfectly ok except one issue. Im not impressed, especially when I asked the question of the sales team at the point of purchase and they said spare parts will be available, which subsequently made me go ahead and buy it. I guess the sales team will say anything to sell you something. I am doing some research to see if there are third party solutions which use standard off the shelf LED arrays and have spares readily available.

Hi James,
Formlabs will have used off-the-shelf LED’s on a proprietary module. Sounds like you’ll need someone skilled in the art of electronics to help you find out if it’s the driver or some individual LED’s.
Or… Farnell and probably RS sell UV LED’s and strips. eg Farnell’s 3764966. This strip needs a 24V power supply (so can use the machine’s supplied adaptor) at 350mA, and apparently uses 6.3W per strip. You’ll probably need to bolt it to some metal for heat removal,
I’ve not taken my cure machine to bits so I don’t know what sizes of LED strips / individual LED’s you need, but it should be possible to fix it. NB I made a cure machine of my own out of a load of UV LED’s, drivers, a heater, timer, and a really cheap kitchen oven before I got a Form Cure, so it has to be possible to fix your machine.
Sad that Formlabs won’t help you, and as others have commented that’s almost certainly illegal under EU consumer rights laws.Perhaps you could point that out to them - forcefully.
Please comment again and let us know how things go for you.

Yes I would imagine that they are standard off the shelf surface mount LED’s. They are mounted to their own PCB’s. There are no resistors on these PCB strips, so all the control comes from the proprietary driver/mother board. The LED’s in question do not appear burnt out, which is leading me to believe it’s something wrong with the mother board. Before the Form Cure, like you, I did design and make my own solution. The biggest issue I faced was heat deteriorating the LED’s, I was about to embark on another iteration and they brought out the Form Cure, so I did not bother, as my time to spend on developing such things is limited, even though being a Design Engineer myself.

I did bring up consumer law with them, but as I understand it; I would have to prove that the parts/product were inherantly defective from the first 6 months of ownership. Unfortunately the “right to repair” laws are only for select domestic appliances and companies have two years to implement changes. So the only solution from Formlabs was to buy the same again.

I would have expected them to at least supply parts and help diagnose the main cause of the issue. My experience with Formlabs products in general is they perform really well, but are really unreliable, even when maintained properly. They have tendency to sell high cost warranty and PSP plans with there products so they do not have to build reliable products and just pass these costs onto the customer.

There are a couple of resistors on the LED boards, but majority of the control is on the main PCB.

Hi James,
you’re right, the drivers are on the control board, I reckon 3 for the UV LED’s and onefor the white. The LED board looks like a standard fibreglass one with a lot of copper fill to dissipate heat. BUT from your photo the solder on the unused LED3 pads has not been heated properly - maybe if you reflowed the solder with a soldering iron under the populated LED’s at no more than 310C for up to 30s, you might fix dry joints. You won’t make it worse, anyway.
If that doesn’t work you can replace them by getting one or two 350mA drivers which will run several LED’s in series, and some metal-backed LED modules. Bolt them to a piece of aluminium then mount them on the machine. You’ll have to manually switch them on and off, or just connect them to the supply and switch the adaptor off when you’re not using it. I can understand about being short of time to fix it yourself! But since Formlabs have used a simple heatsink to dissipate heat, you can do the same. Does the unit blow cooling air through?
In the UK consumer rights law (a copy of EU law) means you can demand a replacement if it fails early, then it should last maybe 4 -10 years depending on the product. So they’re trying to sidestep their responsibilities to you. The only get-out they might have is if you bought it as a company rather than personally. I’d investigate exactly how the law protects you and send them a written notice to fix it, or else. In the UK you could take them to the small claims court for a small fixed fee, with no risk to yourself.
I totally agree about product unreliability, I’ve had to clean the optics on my Form 2’s more than once because of dust buildup, since the optical cavity isn’t sealed. Hmph.

Update:
“I would have to prove that the parts/product were inherantly defective from the first 6 months of ownership”.
Your photo proves faulty manufacture. You’ve got 'em.

Formlabs released a white paper on a DIY curing oven for the Form 3L. This should help you pick the right LEDs in terms of power and wavelength. Just need to make sure you get the right footprint and solder them onto the board (assuming the LEDs died and not the drivers). In the latter case, should be fairly easy to diagnose and replace).

I have this PDF. I can confirm that these strip style LED’s deteriorate with heat exposure. So good for a short while, but not for long term use. I found after testing for a few hundred hours, they deteriorated and stoped emitting the 405nm wavelength before ultimately failing.

What’s important though is the total power they specify, you can use that number to figure out how powerful of an LED you need to replace the cure LEDs

Just an update for you all. I have an Electronics Consultant investigating the root cause and potential fix. I will keep you all posted when complete.

Investigation complete. There are 4 LED driver circuits on the main PCB. 1 for the LED’s below the turntable and the other 3 are spread across the 3 LED PCB panels in the arch. Each driver circuit does not control a signal PCB panel, they drive certain LED’s on each board. Meaning if one LED has an issue the rest in that series will be effected. The fault in my case was due an inherent fault in the first LED nearest the connector to the main PCB. The LED works, but because the voltage drop across it is 11v (should be 3v) there is not enough power to illuminate it and everything else in its series. I hope this helps anyone else diagnosing any such fault.

Just adding more info on this. Looks like the other circuits are beginning to go now. The other UV circuits in the archway are flashing intermittently. The only one seems to be working now is the set under the turntable and white LEDs at the top of the arch.

How old is your Form Cure? I feel like mine is starting to losing the power to the LED as it keeps getting dimmer and dimmer. Mine is about 3-4 years old.

Edit: I forgot to mention that about 1.5 years ago my Form Cure would not reach the desired temperature within the specified amount of time and would shut itself down. I did speak with Formlabs about this and they sent me a new power supply. This fixed the heating issue but not the dim LED issue.

Same as mine, I have 4 cures at my company and the two older ones (2-3 years old, lots of usage) are a lot dimmer than the two newer ones that we have (less than 6 months old). I assume they will keep getting weaker over time. It is concerning because I don’t think its something that Formlabs would let you replace. The seem like simple plugs too and not soldered connections. And for the price they are asking for the Cures, replacement UV LED’s should definitely be a replacement part instead of “Sorry that it doesn’t work anymore… Buy another one”.

I agree. Formlabs response to the Form Cure performance is not what it should be. It is enough that I am looking at other companies for a replacement for the Form Cure that I have. The ability to select the resin and have all of the parameters for the resin programmed in is not convenient enough for me to keep throwing money at Formlabs for another Form Cure.

Hi @MattBowen33. Apologies for the delay. Mine was 2.5 years old when the problems started to occur. @Altaviz I agree, the parts should be made available as the device is fairly simple to repair (plug and play) its just that the components are proprietary so we are reliant on Formlabs to supply. To be honest even though the LED boards have airflow, its not direct and also the boards are CEM so are not very good in taking the heat away. It would be better if they were Aluminum PCB boards. Also there is limited insulation from the main chamber. I placed a thermocouple in the LED chamber and at 70 degrees it was only 10 degrees lower around the LED’s.

Thanks for this @MattBowen33, useful to see. Although the peak wavelength of the LED’s is 405NM and in the UVV spectrum, your UVA sensors should capture the tale end of the bell curve of light emission. It will be interesting to see how this develops over time. I have no such sensor, but may contemplate getting one to test. I still very much feel that with the current design of the Form Cure does not lend it self to the longevity of the LED’s. The heat exposure, inadequate cooling and lack of heat dissipation of the PCB boards, is fundamentally flawed for LED longevity. I am contemplating retrofitting my Form Cure shell and retrofitting the electronics with aluminium PCB’s and better cooling to utilise it going forward. Just need some time to work on it.

The main PCB failed after 6 months in our From Cure. Formlabs has no spare parts for these units. Only option is to buy a new one.