Lately I have come to experience these print failures that I cannot explain and I haven’t got a clue to what is causing them.
The story starts 4 prints back when I wanted to print some smaller parts with Grey 4 resin on 25 micron layer height. I’ve supported them with a 0.3 mm point size and density of 1.00. I know these settings are quite low but for the last 2 years of often printing I haven’t had a problem with weak supports. Anyways my print failed and I had no firm idea why. So I set out to print the objects again this time with denser supports and same touchpoint size. But a similar outcome was produced. I then gave up on printing anything that day so I just quit. Note that I checked the resin between prints and I did’t really need any filtering since the parts were so small that no apparent polimerized resin was suspended in the liquid. The next day I needed to print 4 dental models and 4 acompaniying model dies. I chose my usual settings with 50 micron layer height and the same bold support settings that are working for me. I really wasn’t looking forward to the result since I feared it would be a failed print and waist of resin. But to my supprise the models came out great without any issues. I tought that maybe that print was a weird issue that has passed but unfortunately that was not the case. The next print I had was in Castable Wax resin on 25 microns, 6 small dental copings (comparable to 5x5x5 mm hollow box with open top to anyone not in dental printing). The print failed miserably and similarly to the 25 micron prints in Grey. So I thought I have narrowed the issue to the 25 micron setting, altough I have no logical explenation how that would affect the print. So I filtered the resin since it had visible clumps and tried again with a 50 micron setting. The print failed and now I am stuck, bagning my head against the wall now knowing what am I doing worng. Bellow are the pictures of the failed print. I have not saved the PreForm files otherwise I would upload them here. I can although create a new file to show you what it is supposed to look like, but I think it is pretty visible where it failed. 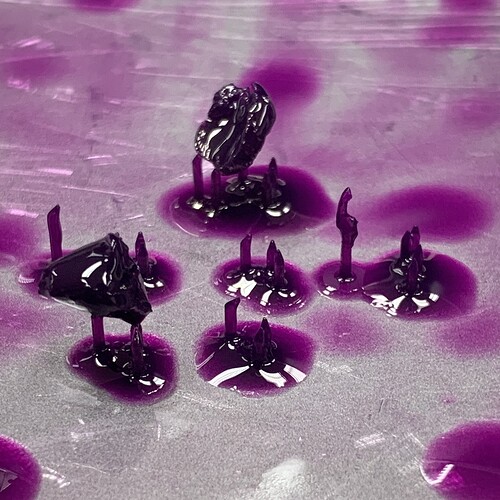 IMG_5239%20copy1000×1000 295 KB
I have no idea why the on furhtest back got that far allong and the others couldn’t even start. I also have no idea why some supports are attached on and some aren’t on the furthest object. 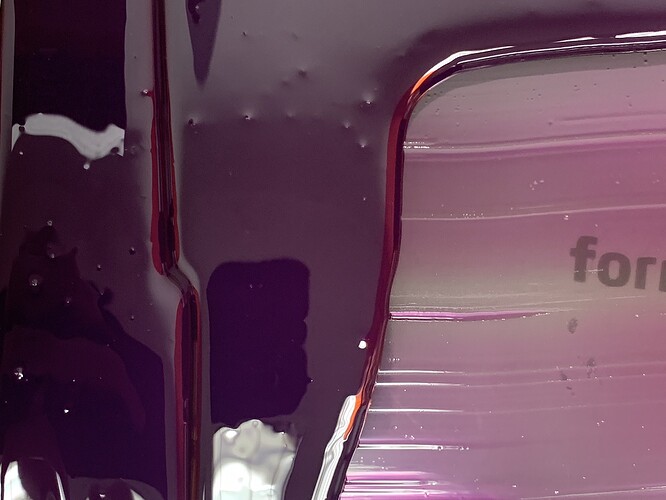 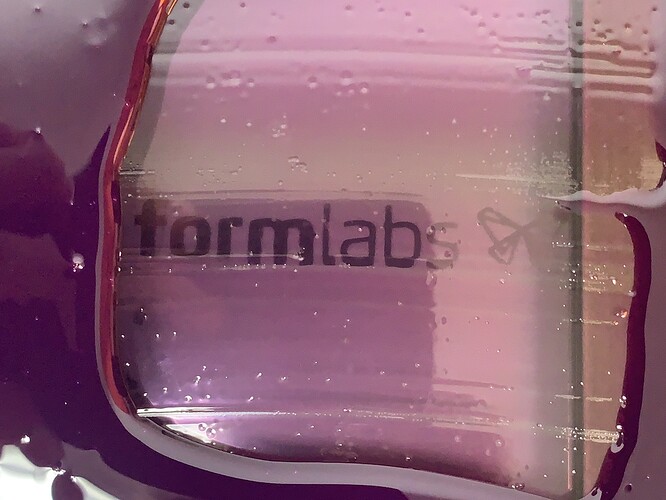 These are not air bubbles but clumps of polimerized resin in the liquid and on the FEP film.

Thank you for the insight. That’s what I would think as well, if the supports weren’t working for me this whole time except the last 4 prints. I have no idea what gave.

Sometimes I get delamination on just part of a model, usually a corner of a model with a rectangular base. It seems to be caused by a combination action of barely adequate supports and the model being placed such that the peel forces are higher than normal.

Thank you. I think that I was riding on bare minimum with 0.3 mm touchpoint size and 1.00 density. Today I successfully finished a print with 0.4 mm touchpoint size and manually adding supports where I thought needed.
The only mystery left to me is why the sudden change? I have been printing with my previous supports for the past couple of years and never had any problems of this kind. And no matter the cross section (which I always try to minimize), I have always had great results. And with these prints which are so small their cross section is negligible in any orientation I only had failures. Maybe something in PreForm changed? For now I will use bigger and denser suports. Thank you for your help and much appreciated opinion.

Do you mind if I ask how long you’ve been using this tank? To my eyes it still looks like it’s in pretty good shape, but always worth checking.

These are the details of the tank. Tank is the green Long Term one and the heat map as well as the inspection of the silicon shows absolutely no use. I can see on the heat map that I could do a bit better job on spreading out the different prints but this couldn’t be the culprit since the failed print wasn’t positioned on the center and the successful one was. Plus these numbers aren’t even a dent in the LT tanks as far as my experience with them goes (they are absolutely amazing!). 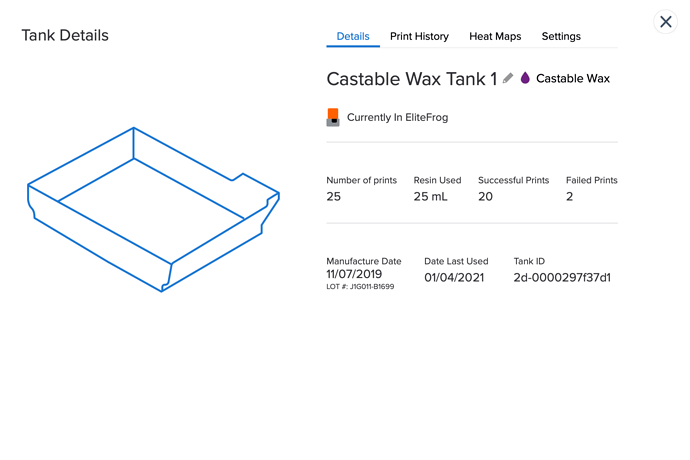 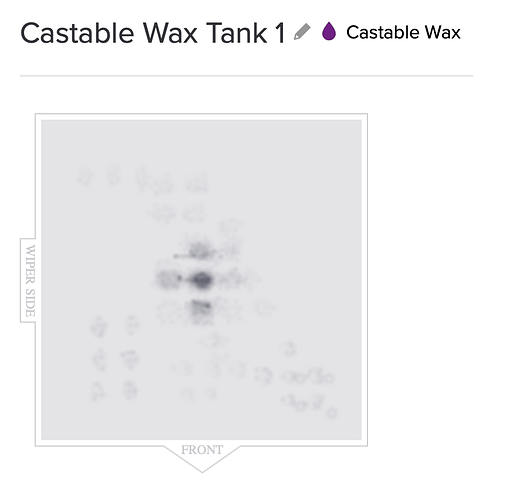