I have been printing some parts with Rigid 4k white resin over the last couple of weeks and the parts kept failing catastrophically, and it has been getting worse and worse. The first print failed with some of the parts survived on the print bed. The failed ones failed in a way that they started leaning to one side and got wobbly around a “window” geometry of the part. As shown below. 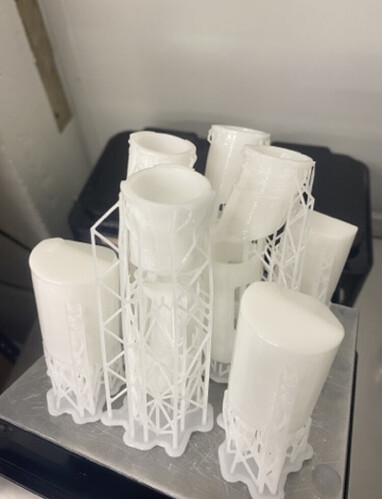 Then, I printed 2 parts only as a test print. One with auto-generated support and the other one with increased density and touchpoint size. Magically they both survived.

So, I thought what difference can it make if I print 5 of them with the same orientation and support setting as the previous test print. I was wrong, it failed again pretty much in the same way, and some are even worse. Ripples were identified on some of the parts, and the other parts were missing pieces at here and there. See the pic below. 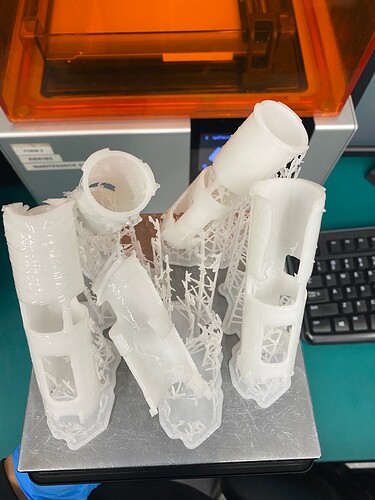 In the last print, I further increased the touchpoint size by 0.1 to reinforce the support and printed 5. They failed completely with only supports hanging down from the platform with nothing attached to them. At bottom of the tank, slices of cured resin were found. 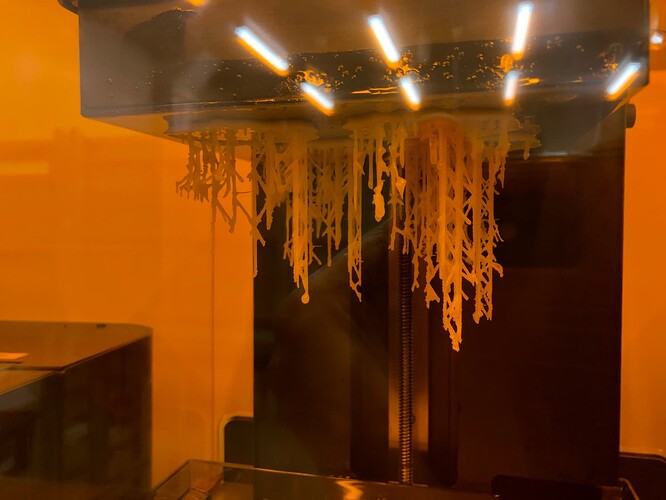 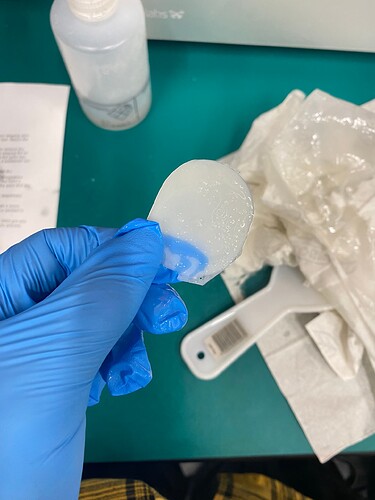 Things I tried so far but did not work:

Any similar experience or potential solutions are very much appreciated!

Thanks for reaching out about this - I’m sorry to hear about the print failures you’ve encountered. I would recommend reaching out to our Support Team who will be able to narrow this down for you after reviewing your printer’s diagnostic logs along with the photos and .form files.