I have been printing some parts and noticed I was getting strange build lines but they were localize to a flat background but not on the above surfaces. After investigating I realized that surfaces that don’t intersect will cause PreForm to slice with banding.
I am taking a guess that co-planer faces in the water tight stl is causing this.

If you see this in your prints check carefully for any lines that may appear as you scroll through the slices (page up/page down keys). Simply intersect the shapes will solve it. 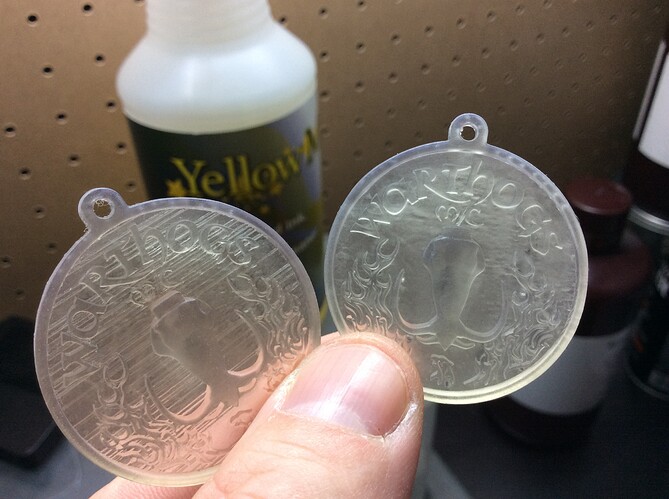 I had similar problems with this. Assuming we are talking about the same issue:

Though I don’t understand your fix by intersecting. It doesn’t work for me. However, my model seems to have multiple errors which aren’t repairable by Meshlab or Preform itself. Perhaps you do have the solution though ;). 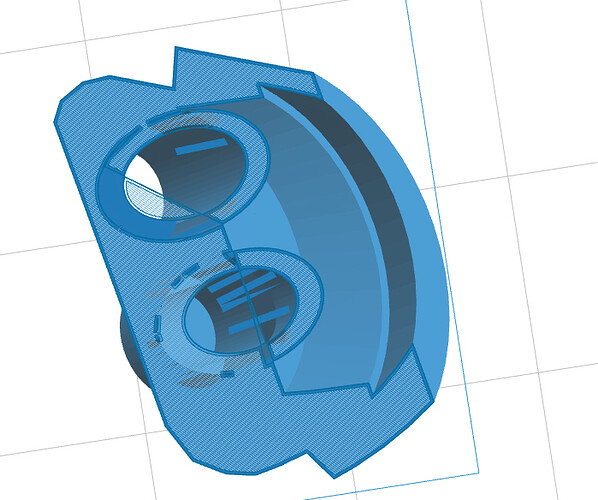 In my case I had all water tight shapes where they touched each other on the flats that caused a strange slicing behavior. You will notice the lines are only on one surface but the raised surfaces are perfect. Intersecting the shapes so the touching surfaces no longer occupied the same space (co-planer faces).

Your model seems to have some holes that will trap resin from what I can see.
I also see what looks like a bad triangle that is blocking hole. Does that disappear when you go to the next layers?