After 4 failed prints utilizing the auto-generated rafts on a fully loaded build plate (49 pieces) I observed the following:

1.) Print proceeds as normal until it reaches the concave area of the rafts. Then:
2.) As the build plate rises between layers, there is so much suction created by the 49 concave rafts (essentially 49 suction cups) that the resin tank is visibly lifted, only to crash back in place noisily.
3.) The suction force pulls most of the models partially or completely off the build plate resulting in a failed print. I subsequently have to scrape the raft residue from the bottom of the tank and clean it completely. The few models that manage to survive (3 of 49) have visible adhesion flaws exactly where the concave area of the raft begins. 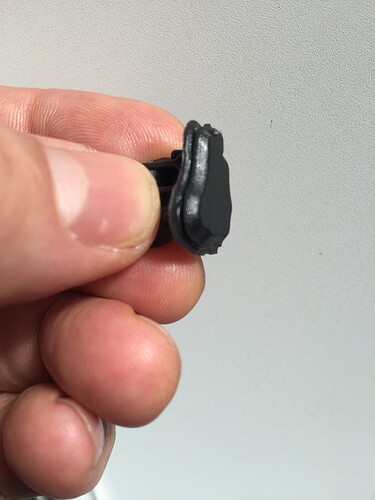 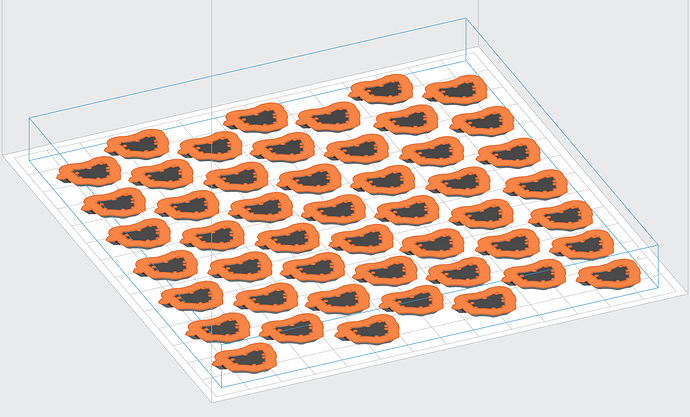 I doubt that I am the only user experiencing this.

Typically I create my own raft and supports for such small pieces and have no issue with failed prints as a result of the raft layers. But creating custom rafts and supports can be time consuming.

This is a design flaw in my opinion and warrants a fix.

Who else has encountered this?

Hi Mike you are absolutely right - I identified the “suction cup” effect as the cause of castable 02 resin being pulled off the build plate. I suggested to Form Support that they introduce slots into the edges of the raft to destroy the suction cups effect without loosing the useful taper for prising things off the build plate. Instead they modified the shape of the raft with vertical walls and better lifting tabs. It was introduced in Preform 2.7.1 for Castable 02.

I suggest you send photographic evidence and a detailed description to Formlabs support.

I don’t think you are experiencing suction. From my experience, what you are really seeing is a large surface area sticking to the PDMS layer. IF FL made those little pockets solid, the problem would be worse.
I would remove a third to half of your models, yes I know you shouldn’t have to but I am willing to bet your problem will go away until FL checks in with what they think is going on. The Form 1 has a similar issue with the pealing process and the only way to mitigate it is to either reduce the amount of parts being printed at a time or for the Form 1, stagger the models so there is an edge where the peeling can start. I am not sure how the best way to position parts for the 2 to help mitigate this.

Thanks for your input, David. I agree with you to some extent regarding large surface area. But I don’t think this is an “either or” proposition. perhaps surface area contributes to the problem to some degree but I’m convinced that suction cup syndrome is the real culprit. I typically cover the build plate with up to 100 pieces in close proximity and experience nothing like this-- the difference being that I created custom rafts. And these custom rafts are solid- no concavity, so a lot of surface area and never a failed print. That is, until I chose to use the auto-generated concave raft. And as I mentioned, there were layer adhesion problems precisely at the point at which the concavity begins and consequently the suction effect.

Makes sense to me. It seems like making the top of the raft into a very flat (a few layers at most) cone pointing away from the build platform would help, rather than a prying ridge that is taller than the raft itself. As @Hillzzz mentioned, radial slits would fix it too.

I haven’t seen an issue like that, the layer separation process slides while it pulls up which should reduce a bunch of the suction, the Form1 has more of an issue with that type of thing.
It might be that you need to adjust the Z-axis level, it might need to be lowered so that it’s closer to the bottom.

Actually, I have just started having a rash of the same issues and I remembered this thread so I paid attention to the failures… I have adjusted the z down and up, I’ll get one good run then the next one a failure.
Every failure so far has been where the build platform starts that dip either causing the whole part to fall off, bend/curl.
That Platform is in direct conflict with their own design guidlines about avoiding the suction effect.

I think this issue may explain why I have been having trouble getting the rafts to stick as well. If you look at the orange resin picture, you can see one of the rafts failed during the suction cup layers.