Hello! I would love that Preform had display options independent of material selection. Some resins like black or grey are easy to see, specially detecting undesirable intersections between objects, but transparent resins like HighTemp, durable, clear, are hard to see or detect problems.

I would love too if Preform could detect intersection between components, at least telling you that supports from one object is passing trough other object`s surface.

We’re always working to improve rendering in PreForm and we recently updated the shading for both models and for red unsupported regions. I like to slice through the model and then use support edit mode to find potentially intersecting surfaces. I’ve forwarded this suggestion to our software team and we’ll look into it!

Thanks @Frew, I saw the difference with the shading, it helps a lot! (congrats to the team

The problem with your method is that is quite difficult to detect if supports of one model intersects with other model if you are in editting mode. And if you are in normal view is imposible to detect it when using transparent resins. 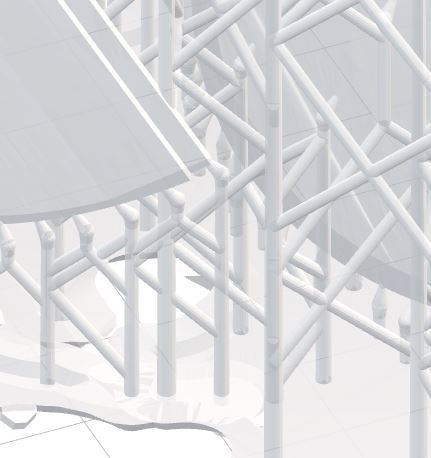 If we are discussing Preform features…

It would be very helpful for the jewelry industry if you could define a portion of the model in Preform that would not have supports applied; such as a sprue who’s base would be directly on the build plate. Supports everywhere else of course, just not on the defined feature.

That sounds like it could be a bit challenging to implement, but I’ll forward this suggestion to our software team. Would it be easier or at least of similar effort to manually add or remove support points? Especially for jewelry models, there should be relatively few supports overall.

Been asking this two times on the forum already a few months ago.
I totally agree that it is more difficult to setup clear and tough parts compared to grey and black. Brings down efficiency a lot.

Could be solved with an Ocular Occlusion feature.

Other printer software have this feature (wish I could remember which right now).

Manual supports would work if Preform did not insist on raising the object Xmm off the surface and/or burying the sprue object in the support base.

Would love to have the option to remove points on a jewelry model. Sometimes when i use automatic support it pus a support in a highly details area that will be hard to remove later. Would be a great feature!

Use the edit feature in the supports tool.

I think it would be good if I could hide parts that have already been placed in Preform. I would help when making up builds of multiple parts.

didnt realize you could delete supports in the edit feature… I knew i could add them. thanks for the information!