Today I was experimenting with the ideal orientation of a somewhat difficult to orient Part in PreForm doing the thing I usually do that is placing Manual Supports because I absolutely HATE the PreForm generated ones and while I’m usually a LOT happier with the manually placed ones I ALSO hate how I have to figure out where the “high” spot of an area is that NEEDS to be supported for the print to even start.

Soo, Today while working on the piece I was greeted with this… 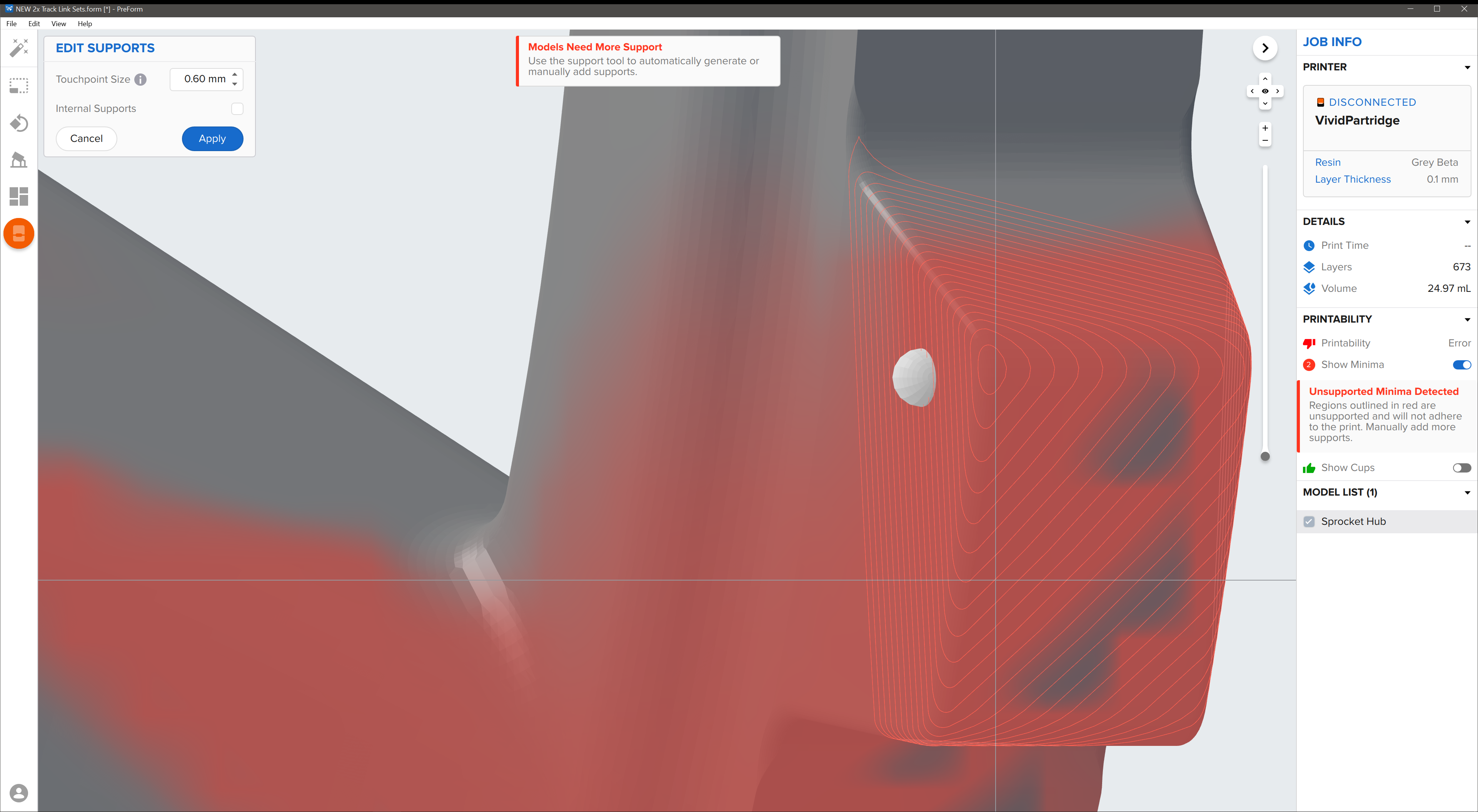 …which is like a topographical map of where the highest spot ( facing the Build Platform ) is and I was like: “Whooaat!?”

I mean, yea… I always get the red portion but where did those topographical lines come from because I haven’t yet found out how they’re being triggered - They didn’t even show up all the time while I was working on that specific model and would partially or entirely vanish from the workspace as I was updating the model with Support Contacts.

My obvious question thus would be: How can I permanently enable them?

Those lines are the minima highlighting (the “show minima” toggle on the right side). They will show for an area that will not come out in the print, because it does not have any other parts of the model or support points to build off of.

If you placed that support point at the corner (where the “highest” spot is), and then clicked Apply, the minima highlighting should go away since that object would now be supported, and it will be able to print that corner by building it off that support.

@gtl, Very detailed, thank you, hope to learn a lot