Anyone have a solution to failed prints using Dental Model Resin?

I print multiple models right on the build platform with no supports, with no problem. The problem is that I try to print single dies (prepped teeth) using supports. No matter what I do, there’s almost always a misprint or the die is missing altogether. The supports will be there but the die will be flattened and stuck to the tray.

Anyone else have this problem?

Do you have an example of a die print that’s been failing? In some cases, unsupported minima early on in a part can result in the rest of the part failing to stick. 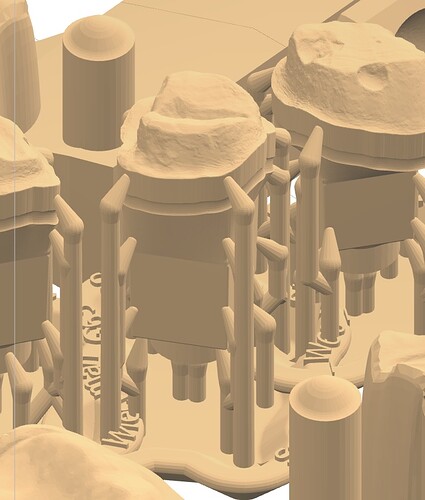 Supports on the sides are not necessary, in my experience. Just on the bottom.

I don’t think that’s the issue you’re struggling with in this case though.

Here is the end result (out of focus)… I need supports up the sides or the top of the die becomes distorted. I’ve tried thicker supports, thinner, etc. Nothing seems to consistently work. 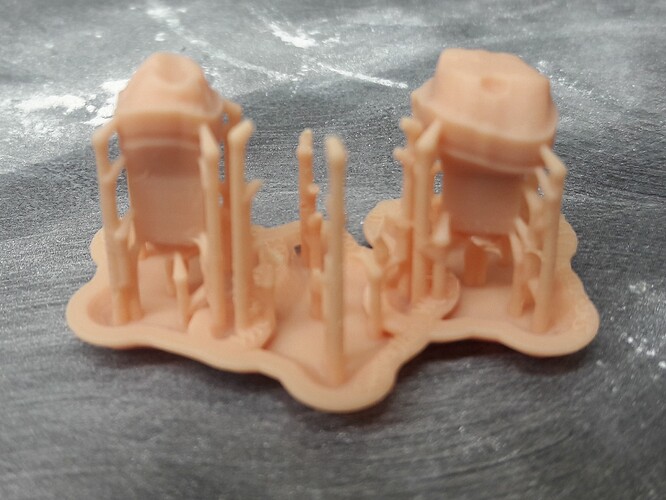 the thing that pops out to me is that you are crowding separate models so close their support structures overlap and intersect.
Intersecting models can be interpreted as boolean voids in solid modeling.

Try importing the separate dies into a single space and export an STL that has all three side by side such that Preform will import them as a single model and support them with a single raft and set of supports.

Their supports are close, but do not intersect. I don’t believe that their proximity to each other affect the outcome. I’ve done it both ways and when they are off by themselves, they will often fail more than the ones that share a common base.

Each die is imported as its own unit and I spend time on each one to position the supports. I add many more than what the software configures. I’ve made the supports thicker, but it still doesn’t help. I think the thicker supports are even worse because by the time the print is done, some of them are soft like wet noodles (I don’t think they cure as strong as thin supports).

This is how mine are usually placed. 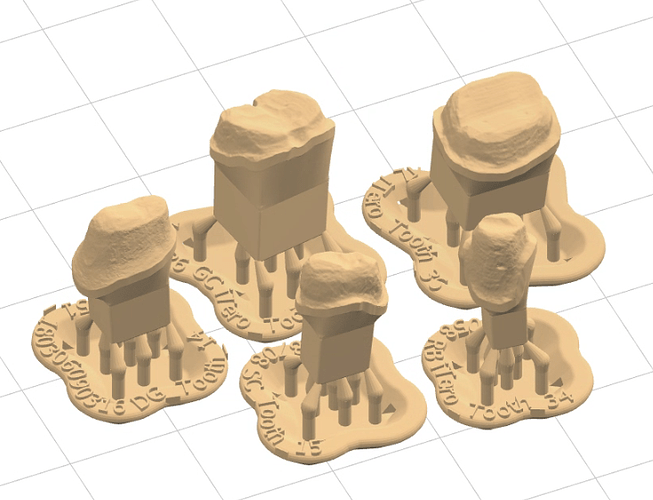 We haven’t had failures on die runs. The die surfaces are reproduced to about 20 micron tolerance from design on 95% of the surface. 25 micron layers. 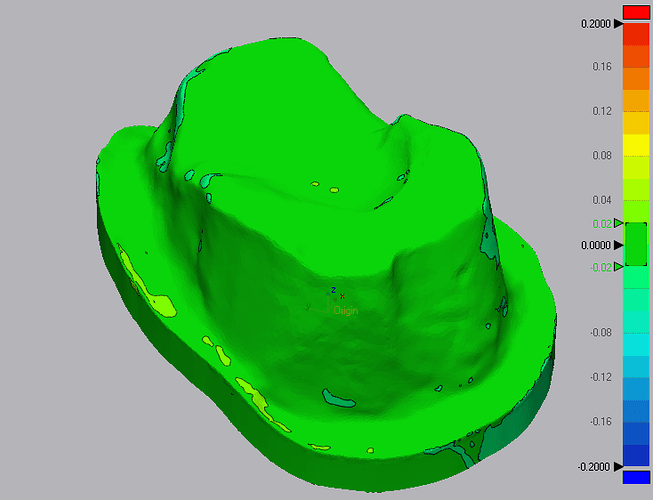 I’ll try them that way, since you are having great success.

Just the same— the rafts at the bottom in your shot DO intersect. The supports and the rafts are generated as a single volume.

THAT can cause issues in modeled volumes that might complicate the print.

I get that you like having a larger raft at the bottom, if you do as I suggest you WILL get a larger raft… but it will be generated as a SINGLE model volume spread across all three dies…

Once more… your supports are not the issue… when a modeled volume simply does not print… its because the model is not solid. Preform is not bright. It is using MATH to determine where to catalyze resin and where not to. Your model placement is simply resulting in a mathematical solution that tells it the center die is a void.

OR- something you did in modeling the center die resulted in it not being a qualified solid, topologically… even though as a surface it will render fine on screen.

the rest of the print shows that the Form 2 is operating just fine. the detail is good and the rafts clearly defined.

Ergo- the problem is in your modeling, or your placement.

Personally… I suspect you are not modeling proper solids… and that Preform is able to correct that on import- but is bamboozled by the fact that the center model intersects the two outside models.
Or perhaps most of your models are good, but the one model that will not print somehow got a hole in it ( a polygon deleted, or a normal flipped ) or might have a coplanar duplicate of the whole model or one face that you simply did not realize was there on export.

Once more… this specific type of error almost always points to a non-solid model or model with coplanar duplication of surfaces.
Check the files.

I don’t believe it’s the modeling because if that were the case I am ultimately always able to print the die, it just takes a couple times. And the misprints are random. I am also using a powerful model-builder application that outputs good STL files.

It must be an issue with where I’m placing my supports, thickness, etc. I will try the method above and I’ll keep the rafts apart. I also wonder if it could be from the suction created when I print the larger hollow dental models. Maybe it flexes the tray slightly and messes up the dies.