Corner of raft peeling off build platform during print

My latest Form 1+ print started to peel off the build platform in one corner: 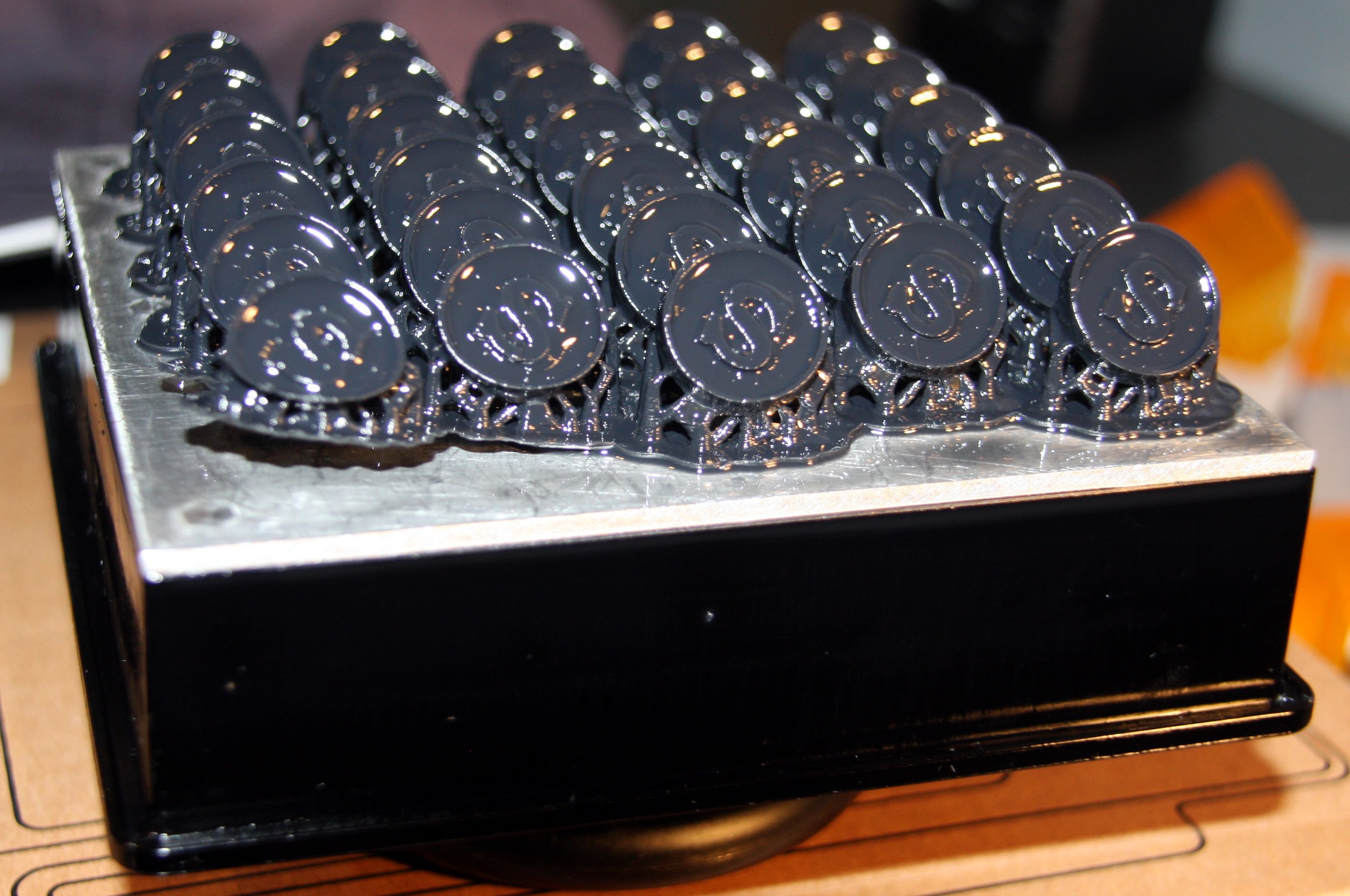 In fairness there are a few other factors that could very well be contributing to the issue:

The base is already getting a bit thin, I’d probably need to thicken it if I move the platform down any further. Going the other direction (raising the platform) I had even worse luck getting prints to stick at all.

I know my next steps are to start eliminating all the things I listed one by one (e.g. try other, newer resins, a different tank, etc.) especially before attempting any adjustments. But I figured I’d check in here first to see if there’s something obvious I missed. Although I might sound dour aside from this corner lift thing I think the printer is performing quite well.

The base is already getting a bit thin, I’d probably need to thicken it if I move the platform down any further.

They were standard height (2mm). Now that I look more closely it does seem like more than 0.5mm was shaved off; hmm. I measured and the base that came out is around 1mm thick.

I’m not sure but that may be due to the Z tuning, I’m using a Form2 so I can’t help you much more than that unfortunately, I’m sure others or the Formlabs staff will in no time

How old is this resin? Expired resin can run into issues with curing which would decrease platform adhesion. You may be able to compensate with Z fine tuning and I’d second @JohnHue’s suggestion of thickening up the rafts a bit.

Embarrassingly old :-). I asked it and it told me “Don’t you know it’s impolite to ask a resin her age?”

I thickened my base to the max (3mm) and lowered the BP the rest of the way (to full 1mm). This time it came out looking good and without peeling, although the raft is still definitely a lot thinner than 3mm ;-).

As far as resin goes, age is a bit more than just a number

If this is well over a year old, that could be causing issue here. Glad to hear that you’re able to compensate by experimenting with Z fine tuning and raft thicknesses a bit.

Thanks for the advice, @Frew. I tried a single coin with White v2 resin dated Feb 14, 2016, in a different tray. Nothing stuck even at the lowest Z offset. Oddly in one of the tests the base of the coin was “skewed” across the PDMS (along the direction of the peel operation). i.e. Where I expected an oval shape about 2cm x 3xm, I instead got one about 1.5cm x 5cm. Haven’t seen that one before. It only happened on one of the tests.

I drained the same tray and filled it with brand new White V3 (dated May 22). That one printed fine, even at 0mm offset.

Looks like your intuition about it being a resin issue was spot on.