What could cause this direct-on-platform print problem?

I’m printing what’s basically a solid rectangular prism using High Temp on my Form 3. One corner came out warped, while the others looked fine. After removing the part, I could see that resin had cured on the build platform under the warped area, and the first layer was only slightly squished in the good corners. So what could have happened in the warped corner? I was thinking that maybe it’s a problem where the build platform isn’t coplanar to the tank or something, but I kind of doubt that. 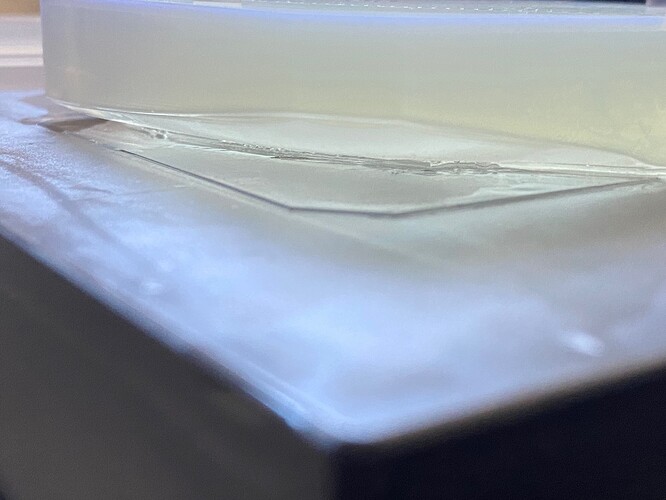 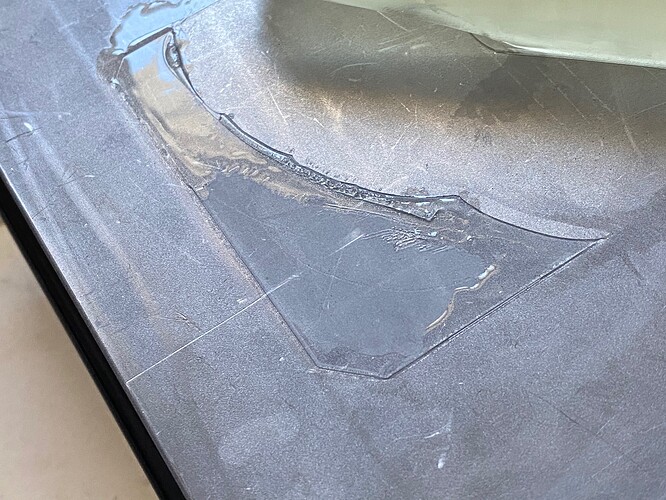 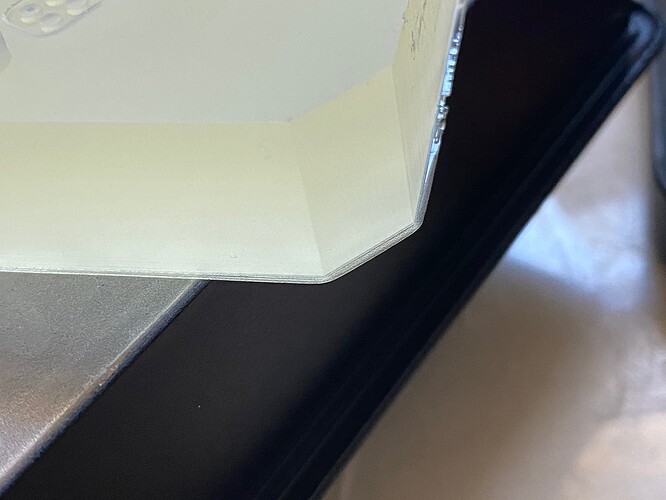 How much surface area does that part have against the platform?

About 70mm x 100mm. Do you think there’s some kind of shrinkage occurring and causing it to pull away?

On an older Formlabs printer I’d theorize that’s simply too big a footprint and suggest printing on supports, at an angle.

Angling it would probably still solve the problem.

The impression I got from those photos and your description is that the first few layers stuck to the platform, before remaining ones started to peel back from the ones below (in one corner). If so, it’s probably not a build platform flatness issue. If nothing adhered at all in some portions of the print then it might be, and sanding your platform could potentially help. But I’d reach out to Support first to see what they think (and ask them to check how your laser power looks to eliminate the possibility of optical window contamination). Here’s some more info on the failure modes you might be seeing:

Thanks — I’ll send this to support. I hope it’s not an optical window contamination issue since the printer is new and this is only my third or fourth print!

Don’t worry, the optical window isn’t difficult to clean. I’ve seen slightly contaminated optics shipped fresh from Formlabs. Any dust left behind from assembly (mechanical friction of screwing in bolts, etc) scatters about during shipping when the box is flipped, shaken, etc. or sometimes it’s a bit of cardboard that flaked off. I’m sure they do their best but AFAIK they’re not assembled in cleanrooms.

That’s great to hear! I had visions of my Form 2…