I noticed a few minor cracks in some of the tanks before, but took little notice of them. Then a week before Christmas I was sliding out the tank (which had only been in there a week or so) very carefully (as I always do) and saw a back corner of the tank cracked off. Resin had dripped down either side of the mirror and also just below the rails. This is very difficult to get to to clean.

So I put the full tank down and then tried to attend to the problem. I looked back at the tank five minutes later and the whole back of it had just come away. Thank goodness this didn’t happen whilst in the printer!

So how do I clean up that area? Also notice the mirror has some specks of dust on it!

Also the orange plastic cover has also started cracking on the corners!!! 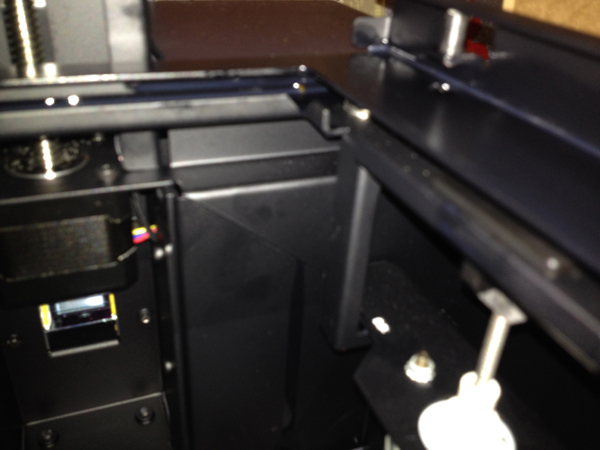 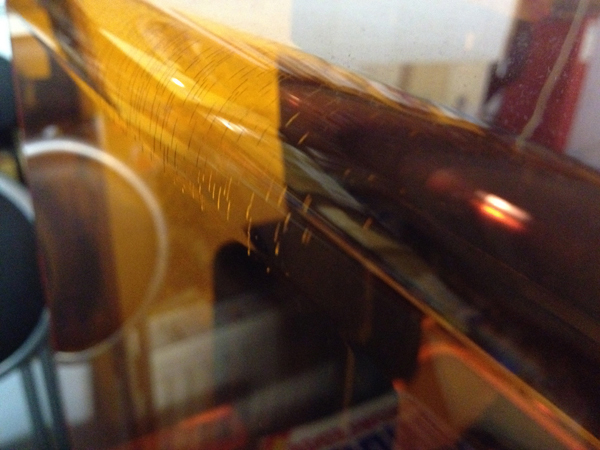 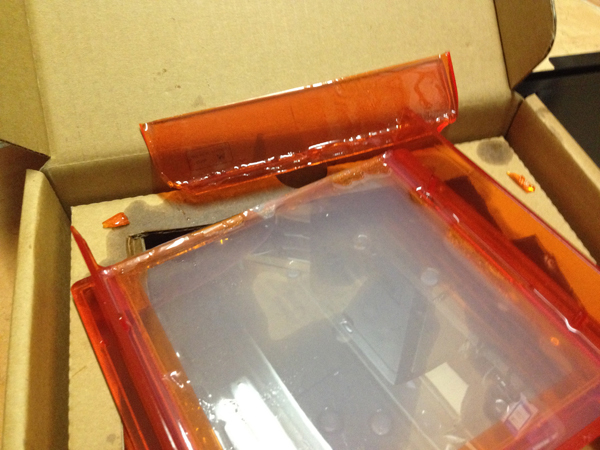 Murray for the resin tray this could have been a defective resin or something along those lines seek FormLabs for that issue as well as clean up instructions for the mirrors (PEC Pads and Alcohol can be used to clean up stray resin) This could have been caused by the black tank cover that comes with the tank was pressed on to hard. the rounded corners of the covers cause the tank walls to distort a little and as soon as there is a fracture the whole part may fail. This is a pretty well known defect in the tanks within this community and formlabs is aware of it from what I have seen in the forums.

The top cover is not cracking that is just stress marks left by the process of bending the acrylic over the mandrel, it is nothing to worry about unless you are putting a lot of weight on the top cover.

I had the same issue with cracked tank but didn’t know that was the case until I came on the forum and saw many people have the same situation. Of course I thought I must of spilled some resin and it hardened but that was impossible since I never moved the printer and had it capped with the plastic cover anyway.

I had to destroy the tank to get it out and spent a half day cleaning the rails to get all the dry resin out so another tank can slide in. Lots of ‘character marks’ on the machine now.

Thanks Tom, I’ll take it up with Formlabs then. Is there a way to relieve the pressure on the tank cover?

As I mentioned befor I used a couple of layers of clear packing tape around the perimeter of the tank (not across the front or bottom). I originally did this as a quick fix for my first tank that started to crack so there wouldn’t be any pieces in with the resin and to keep it from leaking if the cracks got worse. My next tank I taped it up before the first use and it shows no cracks at all.

Tape didn’t hurt and is worth a try in the future.

Thanks for the tip Ken.

Bill,
There has been resin that has leaked out to the layer just below the rails and it’s impossible to get to. Did you manage to dismantle any parts when you cleaned up?

My best guess is there was a crack at the pour spout which is really common. The tank wall is the thinnest there and it is at the highest pressure point (closest to the column and corner of the hinge where there is the least amount of deflection).

Again until they resolve this completely and given the fact that the acrylic isn’t all that forgiving, next tank toss a couple of bands of tape 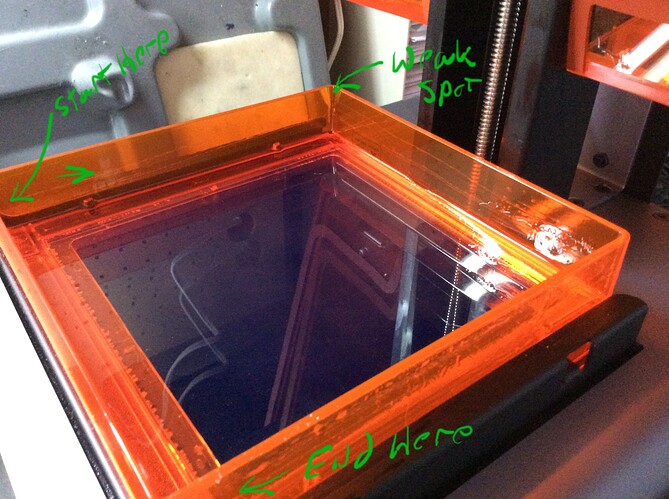 Mine was worse at the right front (from where you slide in the tank) and I had to file down the area and use a lot of IPA on lint free rags to soften it up for it to start to move in chunks and get it all out. Just a little bit will prevent the tank from sliding in/out

I didn’t have to take anything apart… and after all that work and a few good prints, I upgrade the firmware and then my galvo goes… support says that’s a coincidence but that’s how it goes… I am sending it in for the fix and wish the Form 2 would hurry up and ship early

Murray, this should definitely not have happened. If you message our techs by submitting a ticket…we’ll be sure to take care of you. Glad the tank did not spill out into the printer.