Squeaking noise near the end of LPU transit

I thought it was just a bird outside, but it is actually the printer! I’ve got prints distributed all over the build plate for this particular print, and it’s that high-pitched “rubber” squeak, so could the LPU be sticking slightly on the bottom of the tank film? I hope this isn’t the case, because squeaking inherently means a bunch of stops and starts (producing the frequencies heard) which might knock things out of whack.

Should I abort the print to investigate further, or can I let it finish? About 3.5hrs to go. I’m inclined to let it continue, as it sounds like a non-destructive contact squeak rather than grinding or squealing.

Update: this was actually my first failed print in progress. The raft for a sanding jig didn’t adhere to the build plate (SUPER weird since the prints are always extremely well-fastened to the plate). Thankfully the footprint of the raft was larger than the actual part, and so it kept just lasering the raft over and over again, I think.

Unclear whether the squeaking LPU caused the issue or was a result of the issue (increased tension on the membrane?); but since there are no debris in the tank, I don’t see a need to print a tank mesh - am I wrong on that account?

It’s just weird since I’ve NEVER had problems with raft adhesion, and I’m planning to start printing pretty heavily now that my models are finalized, so I would really hope not to start losing consistency…

Update: Second failed print in two weeks. Same issue - raft adhered more to the tank than the build platform, despite the fact that I cleaned the platform meticulously with IPA before printing.

I’m thinking this is a software issue or something because it occurred in a different position on the platform than last time, and it was one piece out of a five-piece print, just like the last time. However, the print I did between the two failed prints was only a four-piece print, and worked just fine. There are no obvious defects in the other pieces,just this one. It’s a brand new tank and brand new resin. I’m just about to launch these products and this is the last thing I need.

What the hell is going on?

Not sure if this helps, but I’ve encountered a weird issue once using Elastic or Flexible (can’t remember), where parts wouldnt stick to the build plate, they kept sticking to the tank strangely.

I was building direct on the build plate without a raft. I think there is a weird bug that happens in preform with direct on plate prints if you tweak certain settings possibly in the wrong order.

Anyway TLDR was that once I resliced the part in a new .form file, the prints stuck properly. This was repeatable. So if you’re seeing parts that don’t stick repeatedly in the same spot, I would try redoing supports and such in a new file. It sounds like your failures aren’t repeatable though.

Also, it’s really hard to know what your problem is without any pictures of the failure or of your form file.

Also, you should get into a habit of doing a cleaning mesh and filtering your resin any time there is a significant failure. If it’s just a cured raft stuck on the tank, you can just pull that out no problem, but it’s always a safe bet to clean and filter if you’re ever unsure.

What resin are you using?

The only other time I’ve seen rafts not adhering is if the Z axis lead screw isn’t lubricated properly and it skips steps (seen this on the Form 2)…but in this case your entire print would fail in the same way.

100um layer height, Standard Clear V4, full raft, raft adhered to tank surface around halfway through with the raft-component layers, same as last time, so it doesn’t really matter what shape the part was. It’s a part I’ve printed hundreds of times in the same orientation (with minor changes to the model - tenths of an inch if that). Filtered the tank after this print and didn’t find any partially cured resin.

The other pieces of the print were flawless, and the identical companion to the failed part printed no problem and was firmly adhered to the plate.

Update: ended up submitting a support ticket as I suspect something is not right after the recent firmware & preform updates. I also did a test print, and while I didn’t get a failure there, there were spots of partially-cured resin that did not adhere to the build platform on the raft. 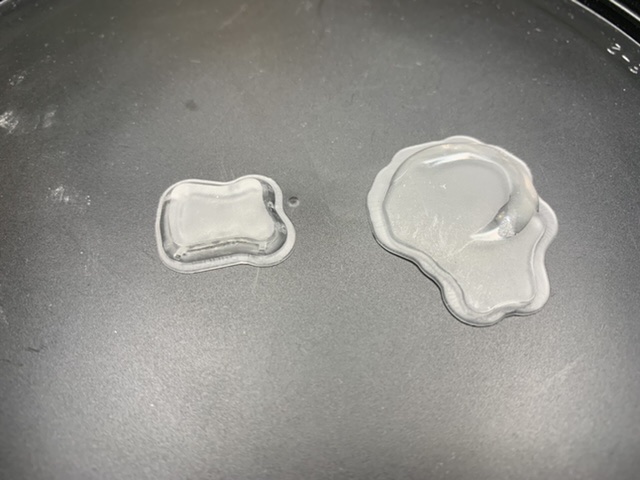 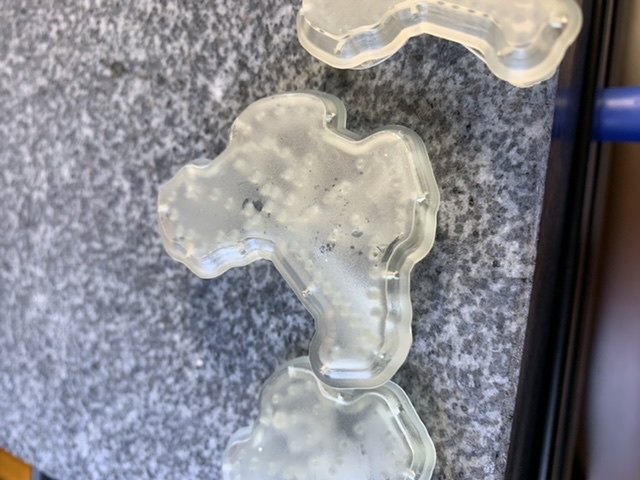