My printer lives in a space that’s down around 60ºF during the winter. It takes the printer hours to reach 31ºC even with a starting temp of 28ºC. Even with the printer “tented” inside the big plastic bag it shipped in. Sometimes, it times out (2 hours) without achieving the target temp and I have to go over to the printer to confirm I want it to retry.

I’m thinking one of these (or something similar that maybe isn’t padded for a bunny) placed under the printer would give the printer a little “leg up” on getting to temperature. Not sure I’d settle on this since it doesn’t say anyplace what the internal thermostat is set to but I’m thinking it’s probably around 90ºF and that’s around 31ºC.

Only 25 watts is all that’s needed to keep indoor or outdoor pets warm and comfy even in the coldest of climates. The 9” x 12” size heated mat is perfect for rabbits, guinea pigs or ferrets and is ideal for the...

My question to Formlabs - is there any reason why you think this wouldn’t be a reasonable idea?

I had this problem on a Form 2 that I had had for 2-3 years and basically after a lot of talk with Formlabs Support, we finally determined that the heater was just worn out. My printer was kept in a lab that is temperature (~70 F) and humidity controlled so that was not the problem. Depending upon how old your printer is that might be the problem more than the temperature of the room. IIRC, when I contacted Formlabs Support they had me download some logs for them to look at and that is how they determined the heater was bad.

The solution was Formlabs sold me a refurbished model at a discounted price. It has been working fine since then.

It’s behave this way since it was new. It’s a Form3. I’m pretty sure the printer just doesn’t have the wattage to overcome the ambient. Problems been worse of late because we’ve had some really low temperatures. It only takes a few degrees lower temp before the printer starts to struggle. If I remember, I turn up the thermostat and pre-heat the space before sending a job to the printer. But this is a sub-optimal solution since I’m trying to bring the temp of a ~800 sq ft space up, and it takes a lot of energy to accomplish that.

Same for me BUT not that much. It takes roughly one hour to get from the ambient temperature of 20 C to the target 31 C using any of my Form 3.
The 3L, on the other hand, goes from 20 C to 33 C (needs a bit more temperature) in roughly 15 to 20 minutes.
All are in the same room so I suspect the heater on the Form 3 sucks. It’s kind of comparing the heater on the Form Cure with the one on the Form Cure L, the first takes forever to reach 80 C while the later takes only a few minutes.

BTW, the room they’re in is quite small (10 x 5 meters) and well ventilated (both intake and outtake air).

maybe try an enclosure of some sort?
im planning on getting one if these more for fume extraction but could also make the area smaller it has ti heat up
https://www.3dupfitters.com/products/resin-printer-formlabs3-enclosure?variant=39559917404233

My only concern would be overheating the resin, and starting it to cure.
How about you blow $10 and put a couple of these goodies inside the printer so you can monitor the actual temperature at various places, and make sure it stays within a comfortable range; mebbe no more than 30 degrees.

If the temperature gets too hot, you could put only a portion of the printer on the mat and relevel it, raise the printer some distance above the mat, or put the mat on a timer to turn it on a few hours before you’re going to print.

I’m not sure what temperature will accelerate resin curing, but I’m guessing it’ll be pretty high. The heating pads I’m looking for are low wattage. There’s one type that’s used under an aquarium to heat it for fish. But you’re right, whatever I do I need to put a temperature sensor inside and make sure the printer doesn’t get too hot…

I already tent the printer with the plastic bag it came in, slipped over the top. It’s providing a decent amount of insulation already. In fact, without it the printer never gets hot enough to start a print when the space is down around 60ºF. Which is why I started to tent it with the bag.

But we’re talking about your enclosure in some other thread so I was aware of it. I have a laser cutter so I could make my own. But I don’t think it’d do much more than the plastic bag is already doing… which is why I’m looking at adding some heat externally.

I never had an issue with my Form 3 with heating but again, mine is in a room that is always about 70 F. Still, if it has been taking a long time for it to heat up since it was new, I would contact Formlabs Support and see what they recommend before I go out and spend money. They made enough money selling you the printer might as well have them see what they can do before you spend more money.

There’s nothing they can do unless they want me to send the machine back. And aside from this issue, the damn thing has been working pretty much flawlessly. I am loath to return it. And I strongly suspect the issue is just that the printer’s built-in heater isn’t high enough wattage for much-less-than-room-temp ambient environments. Appreciate the suggestion, though.

I have my printer in a kind of cold basement room (~14°C). I had the same problem with timeouts and got the response from Formlabs support to try reseating the sensor cable inside the printer. I did that, but it wasn’t solving the problem. What did solve it for me was heating the room berfore printing to more than 18°C.

I guess the problem lies in the the temperature regulation algorithm. I print Draft and Tough 2k. Draft needs 25°C and Tough 31°C. In both cases the machine heats well up until a little bit before that point and sits there for ages with a few tenth shy of the target value. So if it can heat without problems to 30.9°C there shouldn’t be a problem in reaching the lower target temperature for Draft. But I get timeouts with Draft, too.

Assuming FL implemented a PID controller for the heater, that would suggest the controller is not tuned correctly and not that the problem is that the heater lacks sufficient wattage.

Same problem here. The printer heater cannot cope with the uninsulated surface area of the cover - simply not enough power. It is one of the design flaws of the printer.
I built a box from extruded polystyrene sheets with about 6" / 15cm clearance all round, and that issue is resolved.
(Doesn’t go underneath, just a drop over box shape.) 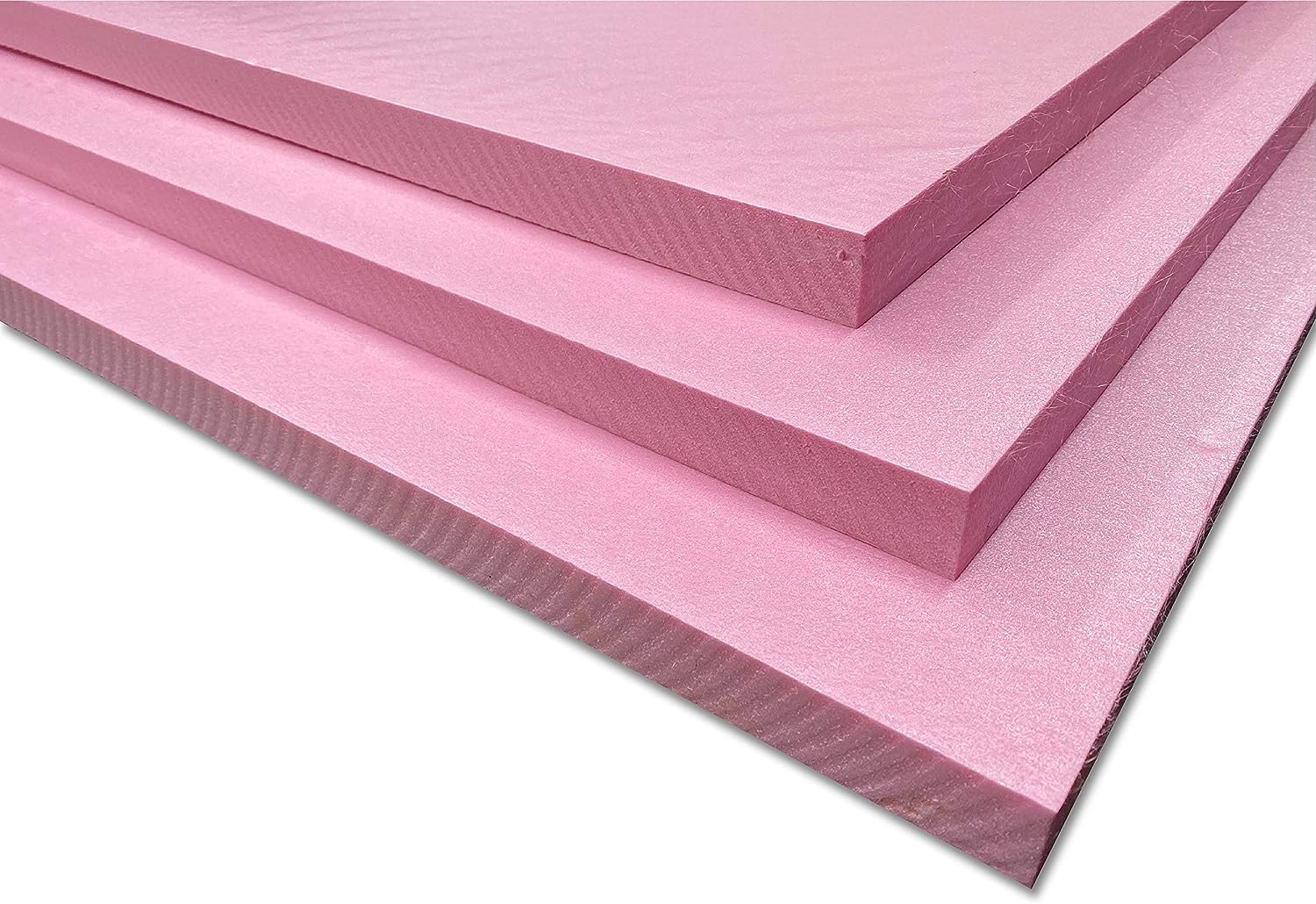 ThermoRise Insulation Boards Thickness - 30mm Size per board - 1000mm x 600mm Size per pack - 3.6m2 (6pieces) These XPS Boards are made using extruded polystyrene insulation which is a 100% closed cell. The cell structure...