Scaling does Nothing in Preform?

Is it just me or the scaling is totally out of whack in the program? I did a test to scale a cube that is modeled 1:1. The dimensions are 20 000 mm L, W, H. And I want a 1:400 print of that. So when I bring in the .STL file, PreForm will automatically scale it down (but I don’t want that, I want 1:400) So how do I achieve that without doing the math and adjusting the XYZ lengths? The scale factor on the bottom crashse always and it’s not a ratio scale.

PreForm doesn’t automatically scale unless the part is too big or too small to print. My guess is that what you’re seeing is a result of the fact that the STL file format doesn’t include any units information. This means that when PreForm reads an STL file, it has to guess what units the coordinates were in. Sometimes it guesses incorrectly. If you select the model and then look at “Model Units” in the Edit menu, you’ll see what PreForm guessed. If it was incorrect, you can change it there.

I didn’t understand your last sentence about the scale factor.

Hello - thank you for the quick response.

So I guess if the dimensions of the object is larger than the size of the tray, it will adjust. I modeled the cube at a 1:1 scale, so it’s 20,000mm in all directions. Preform then scales it down within the program. 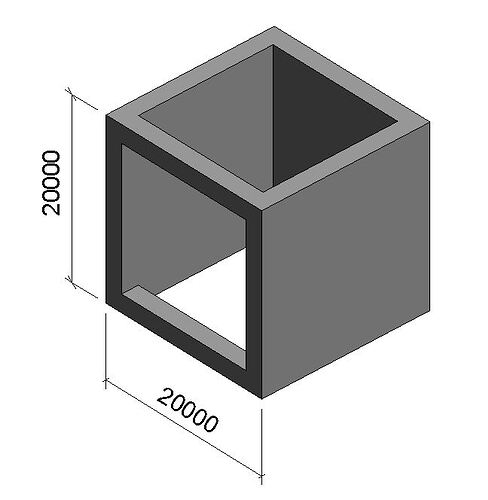 Now you can see when the STL is loaded in Preform, this is what the Size displays: 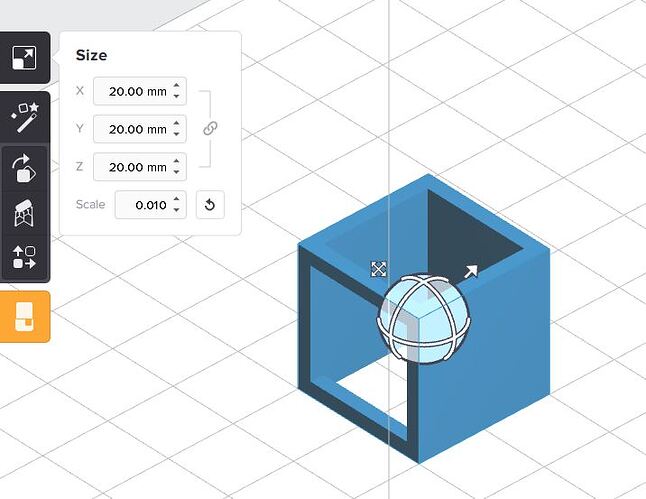 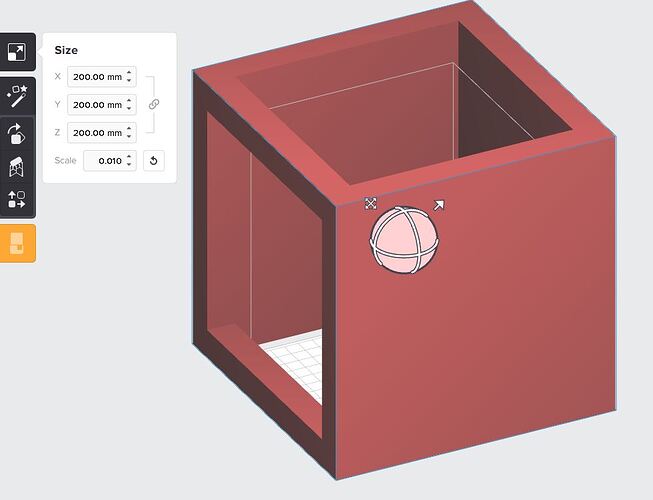 Not sure if I’m missing anything … thanks for your help!

Ah, I see. Yes, the UI control in the flyout has min and max values. I don’t remember the numbers, but they aren’t 0 and infinity. You’re probably hitting them.

I see. Can someone confirm what the scale range is?

But anyway, what is the solution to this? In this case, I would’ve just done 20,000mm / 400 = 50mm. That would be the manual input for the XYZ. But because this is a ‘test’, it’s much simpler to scale a cube. What if I had (and I do) need to scale more complex, unorthogonal and fluid objects? I wouldn’t be able to use the XYZ dimensions. 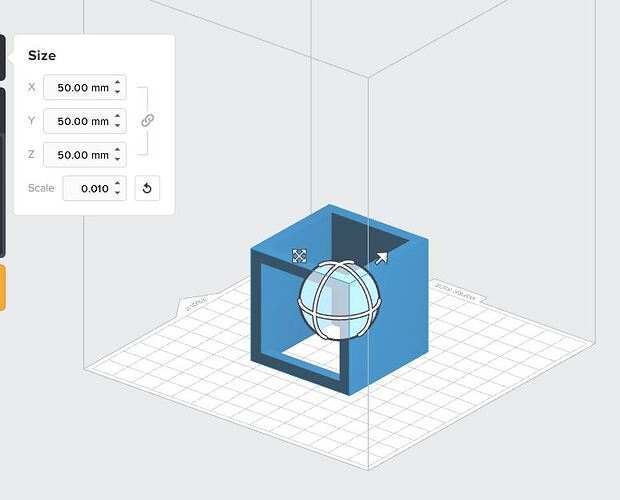 I’m not sure I see the point in trying to import and scale something so large. Have you tried scaling it to a size that fits the build platform in your CAD software, and then trying to change the scaling in PreForm? I would expect it to be accurate if you do it this way. It is for me… A 140mm cube scaled 50% becomes a 70mm cube.

Did you make sure your units were the same ie: mm to mm or inches to inches.
Some Cad software may not include the unit of measure in the file so it may default to something else when imported.

I’d simply open the STL in a freebie editing app like Autodesk Meshmixer, scale it there, and re-export it. If it’s a simple scale, there should not be any mesh regeneration or other possible degredation.

The reason why I’m importing such a large size is because we work with scaled architectural models. So it’s normal for us to 3D print buildings for a site model.

Yes, the CAD software I used was Autodesk Revit, and the units were set to mm. I did a test with a 50mm cube modeled at 1:1, and it imports into PreForm perfectly. My guess is because it object is smaller than the tray.

Thank you! I didn’t know this free program existed. I imported the file into Meshmixer and was able to scale it down with a numerical value. It would have been nice to use a scale factor, type in the ratio and let it do its magic.