I am doing a couple of prints of the crescent / adjustable wrench for some kids. The external portion of the wrench is perfect but the internal portion has not come out.

Any thoughts would be helpful. 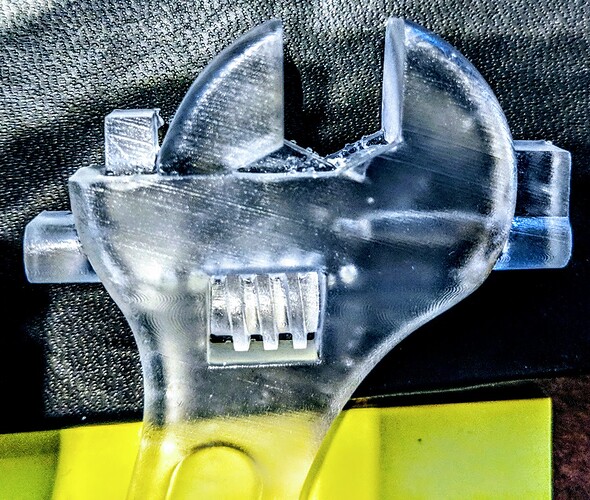 I don’t think you’ll ever get a print in place wrench to work. There is no way to support the internals enough to print properly. The internal spaces will tend to fill with resin and it’s likely to cure the parts in place.

Thank you for the feedback. It makes sense, I was just hoping that the internal uncured resin would be washed out with IPA. The part I posted also has supports for an FDM printer and my place was to remove those on my next attempt but I might not try again if it’s most likely going to fail.

There’s a certain amount of light bleeding beyond the current layer and around the where the laser hits which will cure material that’s inside of gaps, so stuff like that won’t be functional.

@Zachary_Brackin, this seems like one of the times that using a SLA doesn’t work in our benefit.

That’s where things like an SLS printer can do a better job though it wouldn’t be as detailed. It all depends on what the thing is that you’re printing