I have a flat object (pic attached) that I think makes sense to print on the bed directly.

However, when it comes to removing the print from the bed, I don’t want to accidentally damage the print itself. I would ideally like to have a raft on the print, so my removal process from the build platform will only touch the raft.

On Preform I am unable to find the settings to build on platform and add a raft to that.

Does anyone have any advice on how to proceed? 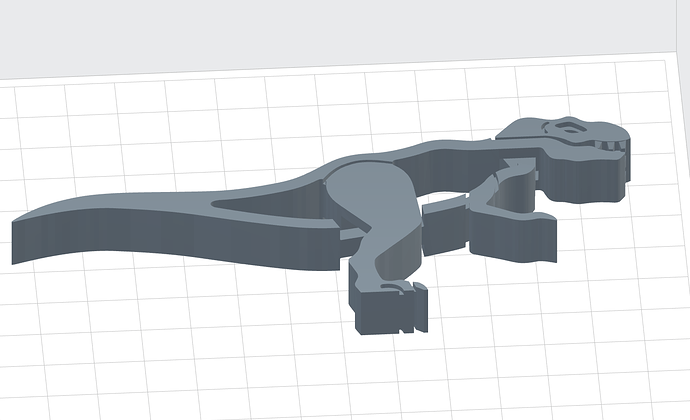 By definition a raft will be under the part, so I fail to see what you mean exactly… are you thinking of a kind of skirt so as to not damage the part itself ? In that case wouldn’t the removal of the skirt itself be potentially harmful to the part ?

For this kind of situation I would add a few tenth of millimeters under the part to 1/ compensate for compression and 2/ damage that part and then sand it (sacrificial geometry).
However with that specific part, I would not print it directly on the BP because the chances of breaking it while separating it from the BP is way to high (with or without skirt/sacrificial geometry), due to the thinness of some areas and the bridged linking the different parts.

If you were printing with Durable, you could get it of the build platform from a direct print without too much risk, but iff that’s Grey or Grey Pro, you’ll need some kind of modification. If you’re not worried about conserving resin and/or you don’t mind sanding off the supports touch points (depending on what you’re doing with that part), you might as well either print it flat but on supports, or even angled at 45 degrees, on supports.

If you really want to print it on the build platform in Grey or Grey Pro, you’ll have to make your own raft for it, because PreForm doesn’t have any “raft but no supports” option. There are probably infinite ways to do this, but some options I can think of include: