Can anyone suggest why I’m getting this failure pattern along the edge of these wagons? 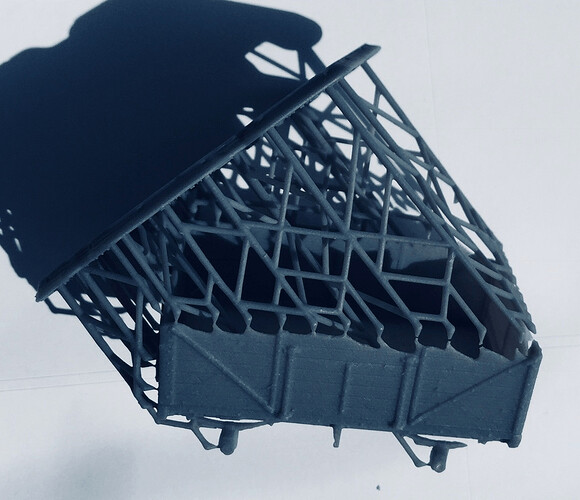 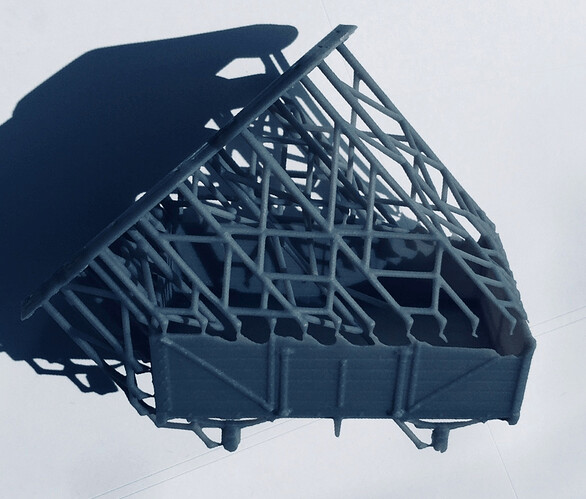 I would guess that either the optical window is dirty or your tank may be nearing the end of its life.

Wall looks really thin there. This looks like it doesn’t have enough support so the new layers are just breaking off rather than sticking to the part. I would try to reorient the part so you don’t have to put supports on those thin areas and they are instead self supported. You could also try putting more support points along those walls but that is going to be tough to remove and it has a low chance of helping I think.

Of course, it could be some printer malfunction or the issues that Chris mentioned.

I have a current issue with Grey V4 doing pretty similar stuff. Extra foamy, parts that are solid are printing as though it was designed to be hollow. It is like the perimeters are curing properly, but the infill is not with my Grey V4 resin. Wavy similar to this with ample supports, holes in the walls of tubes I am printing at a 45 degree angle. I will add photos when I get home. This V4 is also extra foamy for some reason. The tray window is still very transparent, and no dust on the glass or mirror below. (I keep my machine looking pristine)

Narrowed the issue down to the liter of resin. I put the tank in open mode with the Grey V4 and tested a print, then emptied the resin back in the bottle and reset it as Grey V4. The vat looks very good, heating/wiper seemed to not have any real affect on print failing (still did).
I took the exact same .form file, switched to Black V3 and imported the supports with no modification, and it prints perfectly.

I think is the tank. There is a large area in the centre where the PDMS seems to have separated from the tank bottom.