Methods for Printing Something Larger than the Build Volume

I didn’t find anything from searching …

I have three parts to print – a full-face theatrical mask, a wheel, and a statue. All of them are a little too big for the build volume. Obviously, they need to be split into smaller parts. 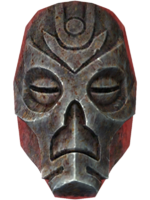 It seems to me that each one of these will take a different method of joinery.

What is the best way to solve this?

First and foremost, is there a program to chop these pieces up into pieces my Form 1+ can print?

Second, how well does glue work on the printed resin? Does super glue work? Or should I use more resin and a lamp? That would be satisfying, but not sure if that would work.

I could chop these up manually in Autodesk Inventor and add some posts and sockets, but it seems like a lot of work and experimenting.

Splitting parts or getting creative with orientation is usually the best way to print large objects unless you happen to have a ridiculously tall Form 2 on hand.
There are a few programs that will split meshes like meshmixer and netfabb though a post and socket mechanism will probably work a bit better and be more secure.
As far as attaching the pieces together, we’ve found that cyanoacrylate based super glues work best. Using resin and a UV laser is also a good option though can be a bit trickier.

I recommend taking the time to make good splits between the parts and designing them to lock together well, you don’t want to just slice the pieces, any part that needs to fix a seam will be an issue so if you can avoid that then it will help a lot.
For the mask, I would split off the forehead part since there’s a line there, and then you could print the lower part I think by angling it in the print volume.
For the wheel, the outside part will have to be split at a point that you’ll have to clean a seam, maybe the inner part would work by itself, so 2 halves for the outer part and one for the inner part.
For the statue, you could remove the round base, and then the head, you could print the body by angling it back a bit so the hands and bowl are angled up.

But yeah, orientation and how you split things matters a lot, I’ve reprinted things because I’ve thought of a better way to print something that would allow easier clean up and assembly. Having the larger print volume on the Form2 helped a lot, previously on the Form1 I had a large piece that had to be split in half and then those halves had to be split into 6 parts for a total of 12. With the Form2 I can do it now in 4 pieces, top half and bottom half and then those are split in forward and back halves.

Oh,… okay … Thanks Zach and Frew. I was hoping there was an easy way already set up for this, so I could print these and eventually my 28-inch star-ship without doing major dissection projects. Oh well.

Combining an automatic-sectioning program and that tall Form printer could allow the whole shebang to print at once, though it would probably take a week or two. Oh, and we’d have to hope for no print error on THAT!

Or I could sent this stuff to Shapeways for the price of my Form 1+ (haha).

I guess I’m going to have to figure out how to chop up a part and add sockets and posts today.

To piggyback on what Frew said, CA superglue is excellent. A few additions: to make the bond quick/strong/invisible: use resin dust (leftover from sanding) to fill the gap and then apply the glue. This will make a really strong bond that dries quickly. After some preliminary cleanup, use a small amount of automotive filler like this to further smooth over seams. You can make them completely invisible with a little bit of patience and 800+ grit sandpaper.