After putting in a new tank into one of our Form 2s, every print has been a mess. At first I thought it was a print orientation issue (the prints kept coming off the plate). But, after fixing that issue, the first completed print resulted in pieces that are very distorted.

I included an image of an arm from that print, which is suppose to have smooth cylinders with circular cross-sections. 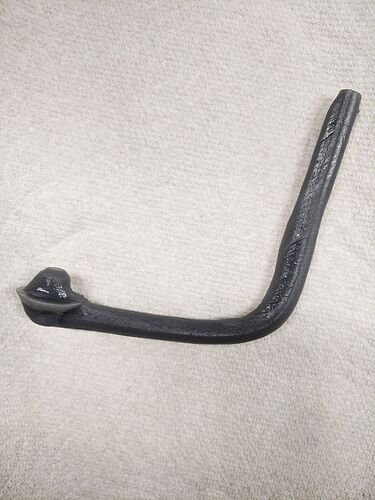 The files themselves are not the issue, because I’ve already printed these pieces four times previous, successfully.

The resin is Gray Pro and has a packaging date of last October.

And the resin tank is brand new.

The window down into the lasers is clean and streak free.

We were having some issues with this printer before we replaced the tank, but nothing as catastrophic as we’re getting now.

Here’s an image of the previous distorted print, next to a successful print, using the identical Preform file, but sent to our other Form 2. 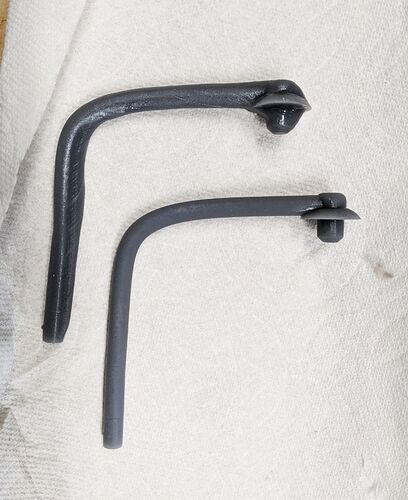 You need to clean your optics. Start with the glass. If that doesn’t fix things, you have to go inside to clean the primary and galvo mirrors, which requires instructions that Formlabs will provide to you when you ask…

I agree with Randy…the small galvo mirrors are more than likely your issue. I had warpage problems with my prints until i got inside and cleaned the small mirrors and the mirror directly below the glass. Since then the laser power has returned to 100% and my prints have not warped since.

How long do you leave the print to dry after cleaning and before curing?

I usually take it and clean it but i also use a small amount of canned air to blow off the print. Depending on how delicate the print is. I will wash it but have found that if your using the Form Cure i wash in the Form Wash, blow the piece off then remove it from the supports before putting in the Form Cure. Easier for me anyway to remove the supports when there softer. Of course being careful when you do so but sometimes not so easy. That being said as soon as i have the supports off i tend to put it right into the Cure.

I have played around with support locating and density instead of letting Preform put the supports wherever it want’s. Most times i can get a much cleaner and better print doing so.

My boss was suspicious this was the case. Fortunately, our other machine was working right so we were able to finish the commission we had without too much additional drama (for a while I was paranoid that all our resin had mysteriously gone bad on us).

Thanks for help with clarifying things, everybody!

I printed the optics test file…As you can see the corner pieces swelled progressively (specifically, on the front side, which has the numbers on it) as the print continued. They swelled so much that three of the four were actually ripped off the build plate about 15 min before the print would have finished.

Oddly, though, the piece in the middle came out nearly perfect. 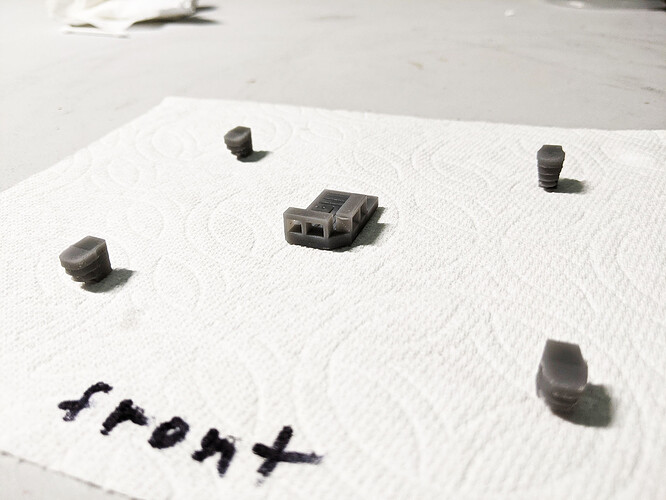 The laser is scattering more near the corners than at the center. The corners are the furthest-points in the beam path and so, probably more sensitive to the cleanliness of the optical path. It looks like your corners are still dirty. It doesn’t seem like a power issue, since the center printed “crisply”, it’s a focus issue…

When I cleaned my glass and mirror, I had to be really careful I wasn’t just pushing the contamination towards the edges. If I started wiping in the middle, it was easy to do. Especially if I lifted the wipe as I approached the edge. If I hadn’t spent 5 minutes inspecting with a high intensity lamp, I wouldn’t have noticed the edges of the main mirror were still foggy.

I re-cleaned the mirrors with this in mind. Making sure to inspect both sides of each mirror carefully as I did.

Then I ran the same OpticsTest again. I got exactly the same results. Exactly-exactly.

Precision in consistency is usually a virtue, but this is getting pretty frustrating. Do I need to pull the mirror apparatus assembly out? So I can REALLY inspect them? There are two screws to remove it, as far as I understand, but I can’t figure out how to get to the back screw.

In the interest of investigation, I tried doing the OpticTest, but I shuffled the items a little. I rotated everything 90 degrees (to find out if it was the detailed numbers on the pillars that were the problem, or if it was the orientation).

I also moved the center, detailed piece to a far corner.

The pillars all came out the same as before, with the error build-up STILL on the front-facing side (so orientation IS part of the problem).

However, the center piece, even though it was placed in a far corner, still came out perfectly (in the image it’s a little beaten up from being removed from the plate, but otherwise it’s nearly perfect). 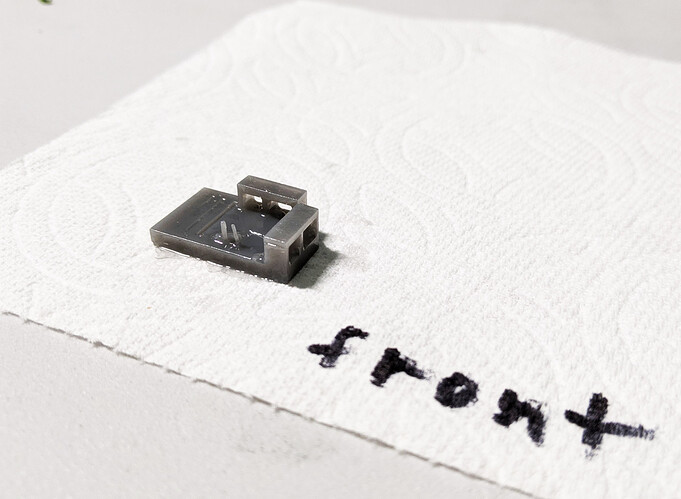 I’m going to do another test with another test file, to try and further figure out what the heck is going on.

Well, this is still a mystery, but it looks like we’re moving on from it. Cleaning the mirrors seems to have worked all along. I just got distracted by the optics test.

I ran the Benchy boat test, and it came out perfect. Then I printed one of our big prints for the contract we’re on and it came out very clean (though not perfect, which I had thought at first, but closer inspection showed some small issues).

So, I don’t know what’s going on (why the optics test fails but actual prints are fine), but the long and short of it is the issue is resolved.

The optics test works by over curing each of the steps of the ‘towers’ in sequence, so the bottom step is lasered once, the second step twice etc. with each additional layer having a increased layer power. The flattened shape of your tower suggests that there are smears on the glass running left to right which are refracting and spreading the laser light.

There are a couple of things you could try, one is to clean both sides of the window with acetone instead of IPA, the other is to buy a new window, I paid £50 for the ones I bought.

Hope this helps, and just to add that I found get this window acceptably clean was one of the most frustrating thing I’ve ever done.

Optics Test - uniform degradation increase with each layer of towers