Last two prints have come out of the machine broken

I have a Form 2 that has been running flawlessly for the last two weeks, printing several parts a day. However the last two parts I’ve printed have come out of the machine broken in a very strange way. I am completely clueless as to how this could happen.

This model has printed fine before, it’s only the last two prints. The most recent one (the one with the supports still attached) is not as bad as the one before it. I can probably even glue the last one and still use it … but this should not be happening.

Any clues? Of course I’ll write to support, but as it’s the weekend, I’m sure i will not hear anything till Monday. 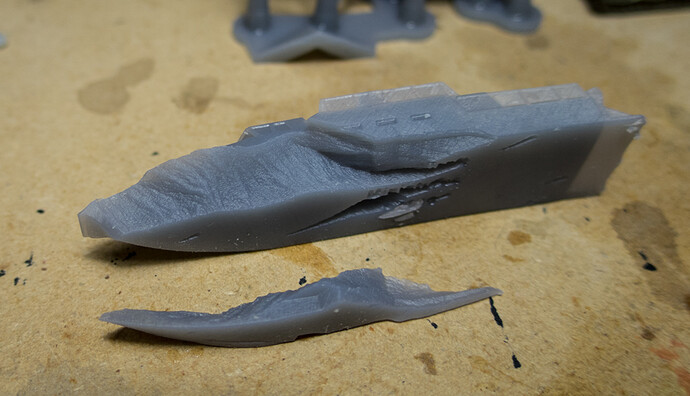 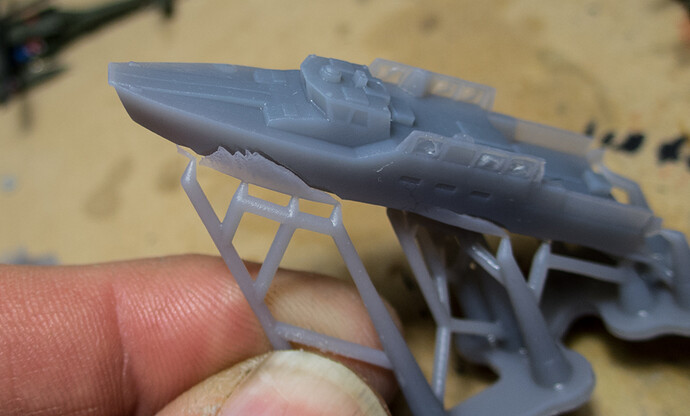 Still, I cannot imagine why they’d break like that.

It looks as though it didn’t break all at once. Instead it seems to have torn one layer at a time as it printed. You said it printed before, perhaps your tank is older now and the peel forces are stronger. I think more supports would keep everything moving in unison during the peel.

Thanks for the tip. Next time I do this model I’ll make sure there are more supports … I can see where that might help. Too many supports on small models like this are a major PITA , but a necessary evil I suppose.
The resin tank is about 2 weeks old (as is the machine) and I have not finished my first liter of resin yet (close though) so I would hope the tank is still fine.
Thanks again.

I would agree with JoshK that - even though it’s fairly small - the print could benefit from additional supports. What results do you see after re-orienting and generating supports with a bit higher density?

If you have the original .form file for the part that’s shown in the photos, we’d love for you to send it over to Support for our team to compare the photos to the file and perhaps share further insight.

you can also try stirring the resin more, maybe take the cartridge out so you can mix it up, and then use the scraper to stir the resin in the tray. While the printer does have the wiper which mixes the resin a bit, I would imagine that it might still help to mix it up fully. If the resin has too much pigment in area then the resin there might not cure well enough which could cause things to separate.

I was wondering about that Zachary. I know you are supposed to shake the resin cartridge up before installing it … but I wondered how long you can go with it in the machine before things start to settle again or if I would just run out before that become an issue. It sure would be cool if there was a feature in the machine software where every x days/weeks/hours/prints it popped up a message “Shake Resin Cartridge To Mix Resin”.

So using the scraper in the resin tray is a safe practice? I just assumed it would be best to never touch either side of the tray with anything to avoid damage/contamination.

I know all this info is probably online somewhere … but I really wish this amazing machine came with a comprehensive manual that includes maintenance and troubleshooting information. I’m getting off topic now, but I’m already wondering about things like build platform leadscrew lubrication … these things cannot last forever if not properly maintained.

yeah, I would take the wiper off and then use the scraper and carefully stir the resin, you probably don’t need to scrape it against the bottom since the wiper already does that, so just stir it for a bit.

Some of the improvements with the Form2 are that there’s less maintenance, like how the mirrors are now contained so you can’t get dust on them which should help with a good portion of issues that people have.