How Should I Orient This?

I was reading this article about cool things to print on SLA 3D printers from All3DP and I wanted to print the “Squid” model. The thing is it is hollowed so I thought the hole should be facing downwards so that It leaks the excess resin once the print is finished.

The problem is I would hate to remove supports from the tentacles since they have nice details which I wish to preserve. What do you guys thihk?

I didn’t think the Squid model was hollowed. That model was actually designed as a full build volume print for the Form 2. You can print it flat on the build platform without supports and there are little rafts attached to the bottom of the tentacles to help with adhesion.

We’ve a bunch of them around the office. I was able to get one to print in Flex V2 without supports which was a bit of a challenge. You’ll have to show us how it turns out!

EDIT: Now notice you were going for Squid in a Jar rather than the squid on Formlabs profile Best of luck!

Oh after checking it seems only the head is hollow. So which of these orientation is better for such a print? normal orientation or up side down? I remember reading about the “explosion” that might happen because of the cavity inside hollowed out objects. 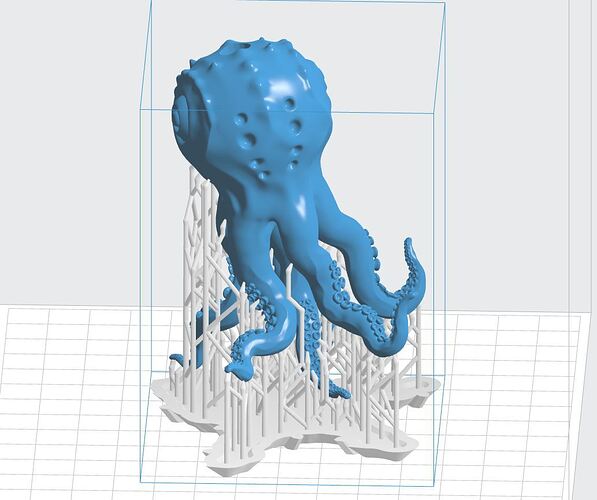 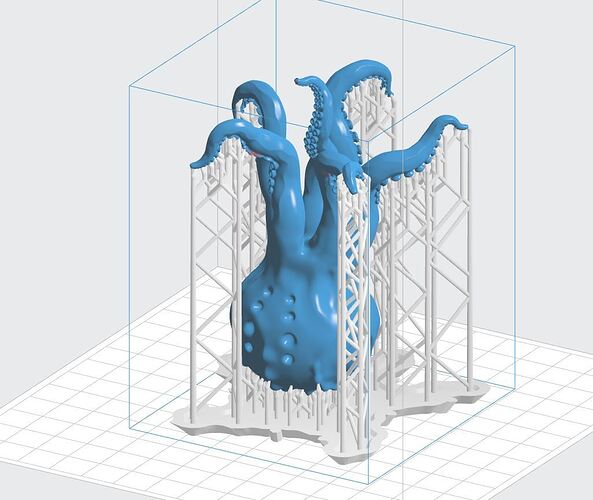 EDIT: Now notice you were going for Squid in a Jar rather than the squid on Formlabs profile Best of luck!