Edit: I’m not wondering what causes this. I understand that. This was posted in the Request and Ideas section in hope that someone at Formlabs may take my archaic idea of reversing the horizontal peel to try to move the previous layer back to the proper position before curing the new layer.

I’ve been printing a lot of larger parts using Tough resin. On many of my parts, I have noticed that the early layers of the part tend to shift a bit until the build progresses to a point where there are more support structures. I will have to experiment with adding more support structures, but I really try to avoid adding more than necessary since they create very noticeable bumps in the surface of Tough resin. Additionally, this often happens in ares of a part where adding more supports would create a dense forest.

I believe the shifting is due to the peel mechanism only moving in one direction when in contact with the part and the Tough resin having a significantly lower stiffness, especially when the parts are “green”, as well as higher viscosity. With some experimentation, it might help to use the peel mechanism in reverse after the part comes down for the next layer and before the next layer starts curing to try to undo the shifting.

I’m having trouble visualizing what you are describing. Could you provide a picture?

This is such a cool forum! I love how helpful everyone is here!

I can’t really upload pictures of the entirety of the parts due to confidentiality, but here are a few showing the deflections I mentioned. Note that these are not all the same. Overall they are mostly cylindrical with a few features. They were printed on an angle.

This one was the worst, You can see that there was some major shifting in it. I reprinted it parallel to the Z axis with supports and it was much better. 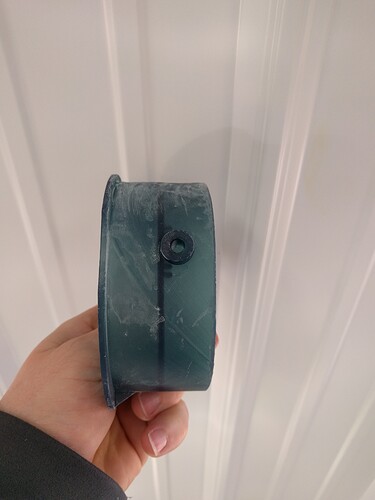 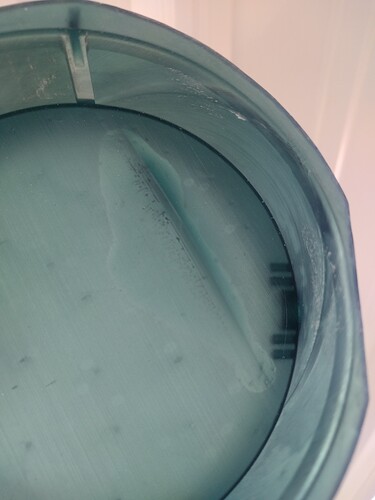 Here is the reprinted part. Much better but still not great 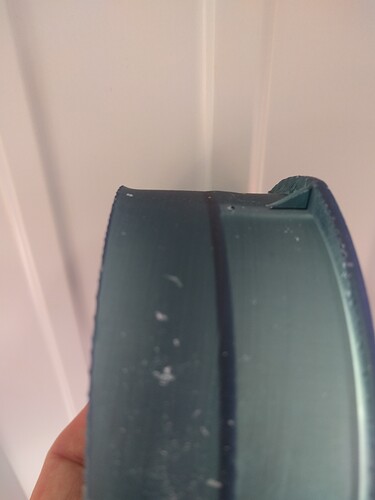 This part was pretty good overall but has some dips in the sides. 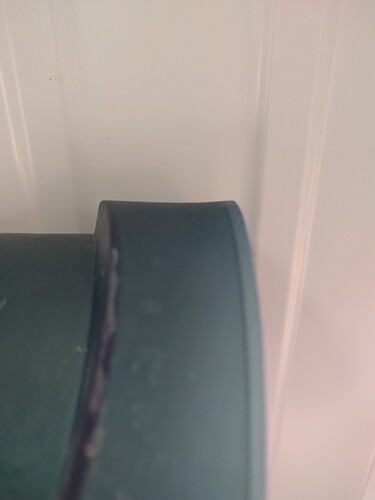 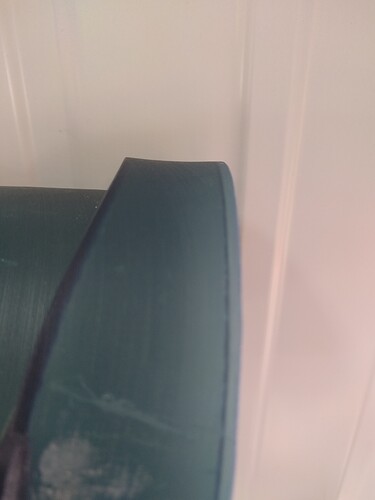 Looks like the same kind of issues you’d get on Form1/1+ with rectilinear edges near the bottom / close to where peel displacement is highest.

I don’t believe that’s a fixable artifact.
It’s inherent to the peel.
The only consolation i have for you is - it likely would’ve been way worse on 1/1+.

It’s a little hard to tell, but it looks like it could be due to printing a closed volume first, resulting in a “suction cup” geometry. I’m particularly looking at the marks you show in your second image.

I agree, with what is causing it. I was hoping someone at Fromlabs would either say my possible solution is worth looking into. Or that they’ve already tried something like that.