Hey all - so I printed recently with my newly acquired replacement (refurbished) Form 2, and the resulting prints have heavily lines. A prior print didn’t have this issue.

At first I thought I’d been given a bum printer, but then it occurred to me that perhaps the fact that my FDM printer, which shares a table with the Form, was printing at the same time, could be the issue.

The table is very stable, but perhaps slight vibrations caused the lines.

Does that seem likely?

I’d certainly try a print without the FDM running, although I’d be surprised if that’s the root cause of the heavy lines issue. I’ve found that the Form 2 is reasonably robust against vibrations like that. But it can’t hurt to try isolating it a bit more before deeper troubleshooting.

Hey Craig, thanks for the reply. I ran a second print, w/o the FDM machine running and I’m still getting lines.

I’ve had this new machine for a month now. I have done 3 prints, (4 if you count the test file) with the last two having issues. It took about 4 months to get this printer, as the first 3 had malfunctioning touchscreens. This issue puts me in a bad way, work-wise, as I’m in the middle of a job now. I’m spending way more time sanding and re-printing than I should be.

I submitted a ticket yesterday and dread the possibility of yet another replacement printer.

All that said, I appreciate your help.

Can you post some pictures of the prints? Depending on what the lines look like it could indicate what is causing the lines. 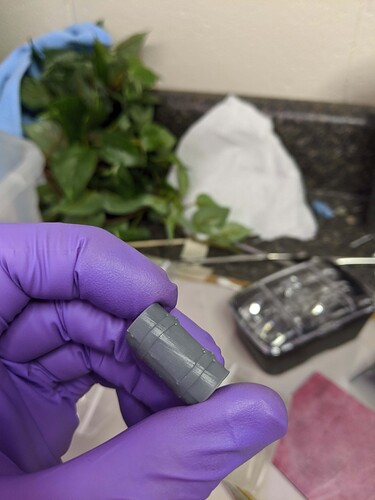 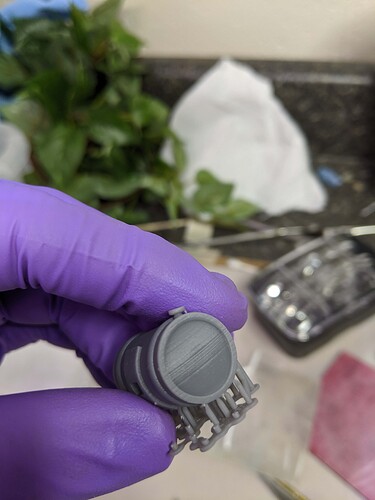 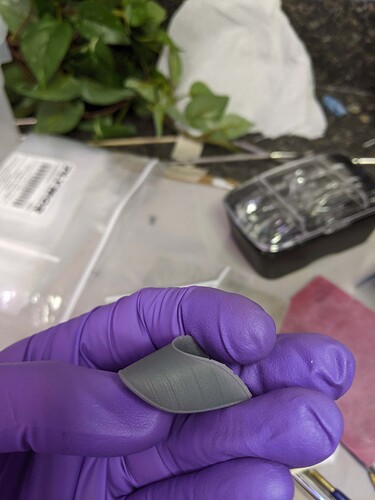 Some of those lines seem to be correlated with geometry changes on the part. And the lines are pretty inconsistent, which makes me skeptical that there’s a systemic issue with the printer.

First, I’d use the layer inspection tool within PreForm to make sure that the outer boundaries are what you expect.

Next, I might try printing a part with significantly extra supports (both in terms of touch tip size and density) to rule out supportedness as an issue.

I think I’ve found the problem. I completely forgot that I had some electrical work done in my studio a few weeks ago. I didn’t know they would be drilling the walls in my print room, and failed to cover my printer.

Completely bush league, but I absolutely spaced when it comes to checking for dust. There was indeed dust on both my window, and internal/bottom mirror.

My optics test print came out just fine. I am waiting for some Pec-Pads to arrive and I’m going to take a second go at my window (first one with wet optics cleaning pads left streaks), and then run my print job again.

I appreciate your attention and help throughout.