Form 2 / Constant Failures after only 5ltrs of resin

I’ve had this Form 2 for over a year and a half now (haven’t used it much) and only used 5 Lts of resin and gotten a 50% failure rate but its worse now.

Now I’ve been trying for the past two months literally day and night to use it again and I’m getting nothing but failures.

I reached out to support and uploaded the diagnostics but there telling me its corrupted what can I do to get a clean file? is anyone having this issue.

The machine worked fine briefly with new tank and resin but then firmware updated and now only open mode works but I’m still getting failures on the simplest of models.

Parts get partially printed but always seem to stick to the tank half way through.

I’ve only been through 5 Lts of resin! Surely the laser should be fine and it printed the optics test fine but every time I try to print my own model it fails no matter if the orientation or max supports I put in manually.

I’ve purchased 1000euros worth or resin in the past two months just trying to fix the issue, and now can’t afford to send it in which would cost 850 for something that has only been through 5Ltrs of resin.

Can anyone help me to get a non corrupt file or how to read the diagnostics that are output?

Or can anyone suggest an old version of preform and firmware that will work consistently with the form 2 I’m at my wits end here.

I rolled back the firmware to 1.16.8 and this is the result, basically the same as I was getting with the current firmware. 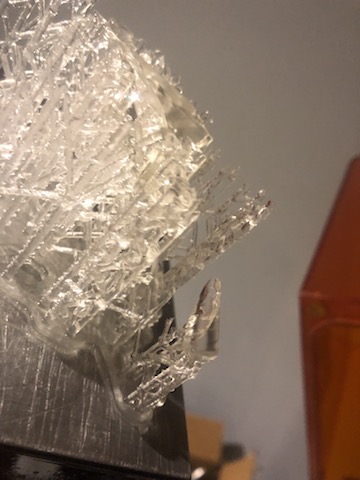 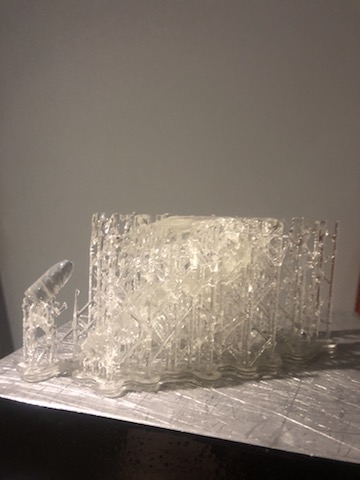 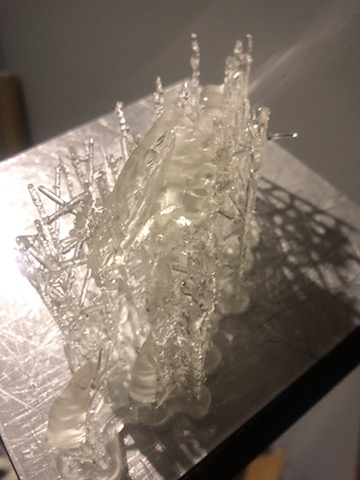 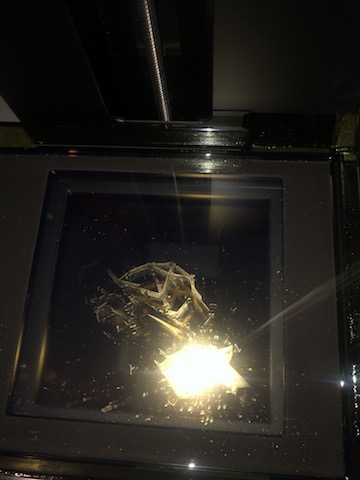 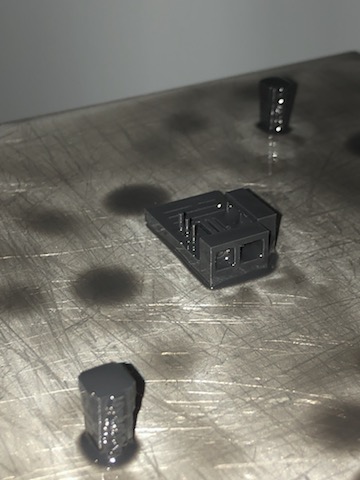 Are the photos of the translucent material ‘clean’ or ‘elastic’?

The resin is cured and hard, I’ve done another optics test with the clear resin and the quality is perfect.

The issue only arrises when there are supports and they always stick to the tank no matter the z offset.

I apologize what resin is that. ‘Clear’ or ‘Elastic’.

Its clear HT but from peopoly in open mode as I can’t afford formlabs resin now. The failure rate was too high.

If it was a formlabs resin I would be able to help, but I have no idea on 3rd party resins. I’ve never ran open mode before.

The same issue is happening with all the FL resins its infuriating.

Can you send me the form file you are trying to use?

Is your machine still under warranty and when was the last time you cleaned it?

Will upload a file in the next 4hours trying again.

No I got it in late 2018 and barely used it till now, just for little molds.

Yep I’ve cleaned it multiple times with iso and PAC pads over the last 2 months trying to ascertain the issue, its defiantly not the optical surfaces. The issues started when the machine did an automatic update and I started seeing error codes etc.

Actually now that I remember after the update every time a print started the laser would shoot a beam to the side of the build platform pulsing with higher and higher intensity so it left a little square of cured resin on the build plate. But now that has stopped. I wonder If that destroyed my machine.

When you say cleaned it, what all did you clean?

The Main Mirror, both galvos and got a new window

You also should be able to PM me the file. The square thing is odd, I’ve never heard of that before. As long as you cleaned all of them properly there should be no issue there. You should not have enough prints on your build plate to require sanding, or a new one. How old is your resin and resin tank?

I know but its the last thing I can think of the change.

The resins and tank are brand new.

What formlabs resins do you have. And I would try wet sanding your build plate with 600-800 grit, lightly to get rid of some of the deep gouge marks. I also noticed up in your pictures the clear resin had a bunch of particulates floating in the tank. Have you cleaned all those particulates out since that was taken?

If you message me the file then I can look at it and see if I can change the supports if needed.

I just sanded it now again on a flat surface and trying but the raft always prints perfectly adhered to the BP. D you think even if the raft prints properly the gouges could impact the level of each support getting built up?

I swapped in a new tank and new resin again cuz I’m waiting on paint strainers but I always filter after a bad print.

I’ll send you the file when I get back home, much appreciated. 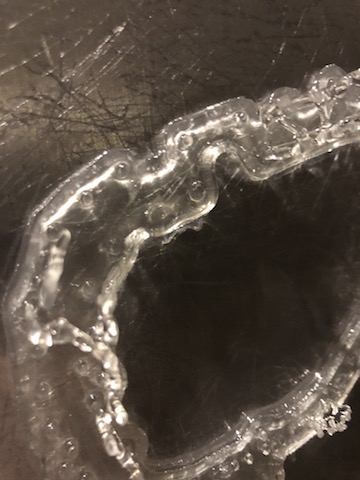 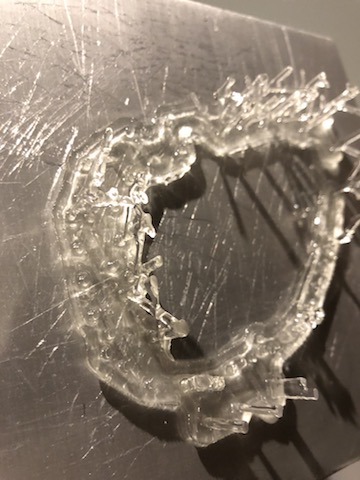 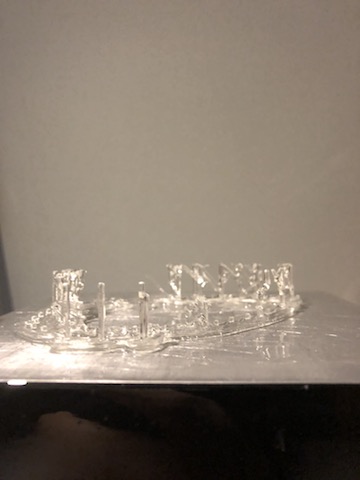 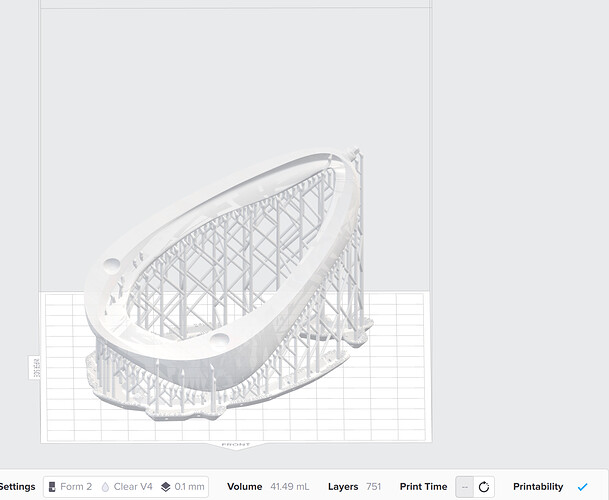 What version of preform are you using?

2.16.0 a 2018 version as im having the same issues with the current builds so I rolled it back alas still failures.

Its worth trying to use different profiles in preform when you set up the model for preform. “Grey V4” profile has less cure time in both build and first (adhesion layers) than say “Clear V4 profile” Using openmode means that you use a predefined profile (as defined by Formlabs) - Its not really that open…