Our printer is far out of warranty so when our printing quality turned to garbage I went to clean all the mirrors. I even ordered a brand new tank along with new resin. I used all the proper equipment and steps as described in other forms however when I went to make a new print absolutely nothing happened. I couldn’t find a single spot of cured resin in the tank.

I looked to see if this was a laser problem so I stuck a piece of paper in the old tray. What I found was that the laser did not move at all. I checked all the connections agasin and nothing was disconnected or out of place.

After a couple hours of trouble shooting I think I found the sourse of my issue. When putting the rear plate back in I knocked off the resistor R34 which may cut off all signal to the stepper motors.

I can not find this resistor so does anyone know the resistance value of R34 in the Form 1+. Pictures of your motherboard would be very helpful. Thank you

I Am also missing inductor L3.

How did you manage to to that kind of damage?

Anyway, Here is a photo I found on line. Zoom in on the area to the left of the power jack, and see if you can figure out what the values are: 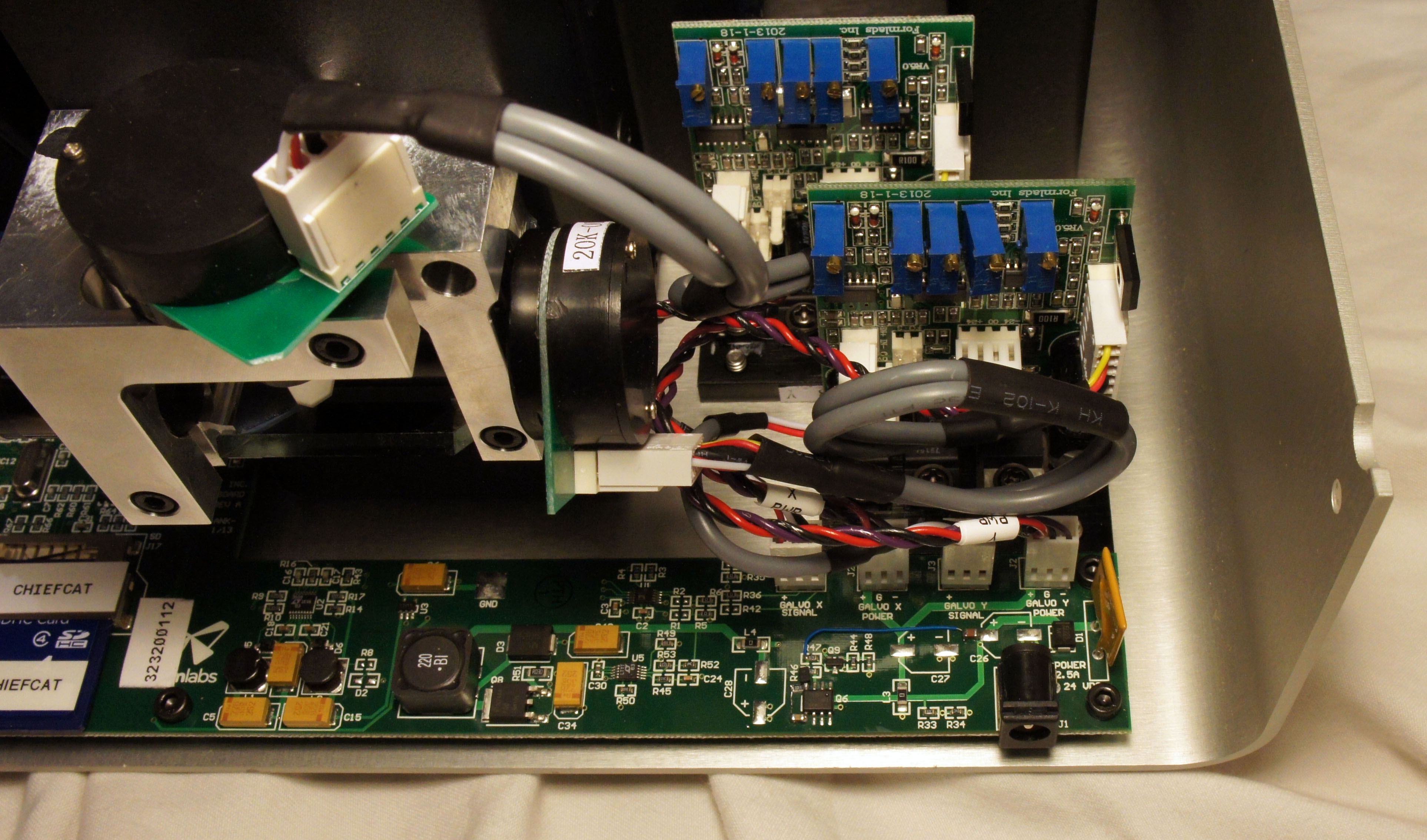 Thank you Dudemeister for taking the time to get this image for me however I still unfornatley need an image of the form 1+ printer board. They are slightly different as you can see from the image below. 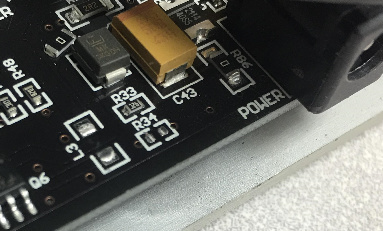 I’m pretty sure the values of the inductor and the resistor are the same.

There appears to be a loose component lying on the board… Guessing it is the missing inductor. 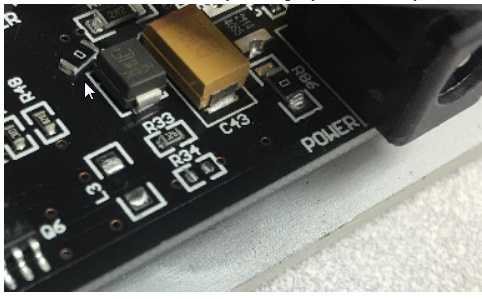 Dude, I’m pretty sure inductors are measured in Henrys not Ohms.

If the laser lights up but doesn’t move could it be the controller for the galvos?

The part with the arrow by it goes on the L3 pads. As for the missing resistor tip the printer back and you may find it fall out. With that being said typically when components are broken off smd pads the terminal connections also break and can not be reconnected.so from how i view it you need the L3 and the resistor.

I know this as part of my job is in circuit board layouts.

It’s worth a try, but there could be other issues: if the machine was powered up with R34 unpopulated, then the microcontroller on the board may be damaged, which is beyond the scope of home repair / replace.