First test Prints came out great.
I really thought the tiny guns on the X-Wing would bust off mid print, but they are intact, Fragile as heck, but intact. 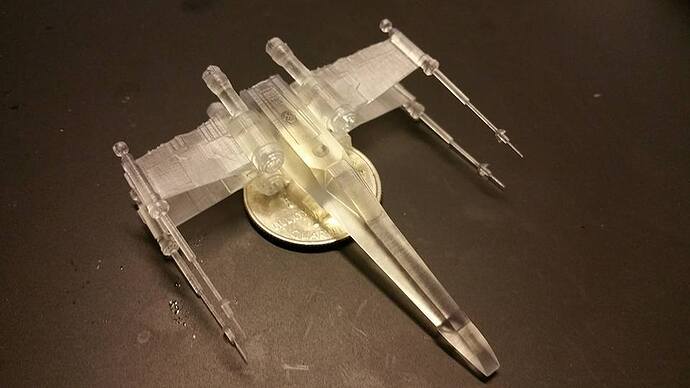 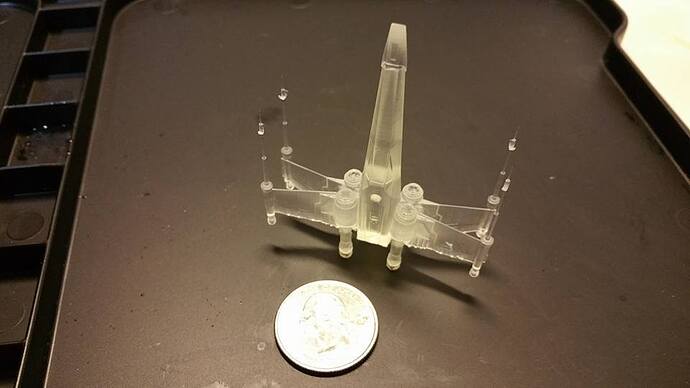 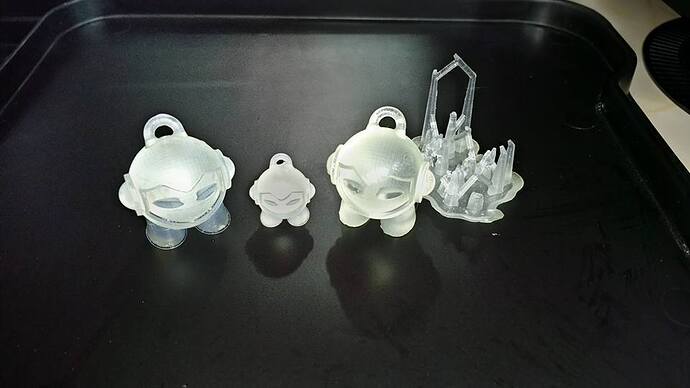 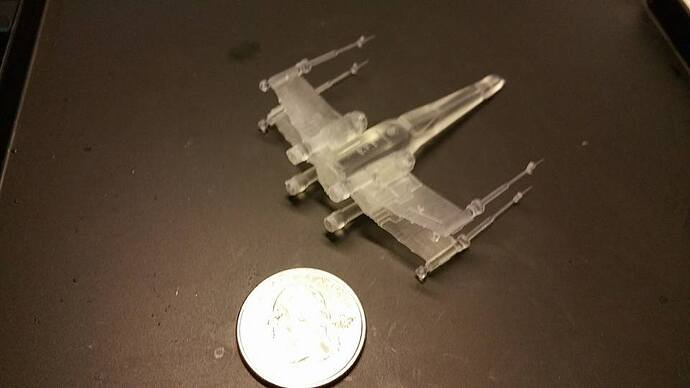 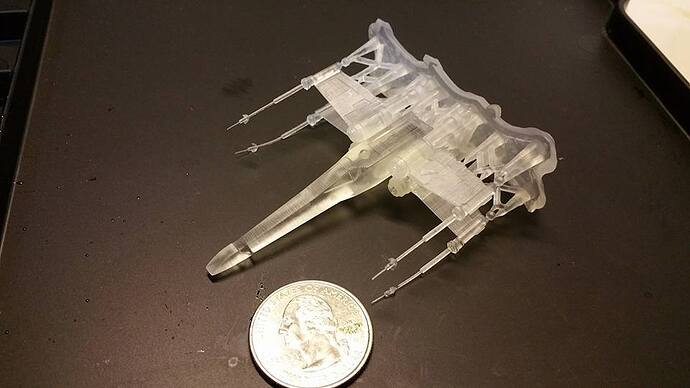 First test Prints came out great.
I really thought the tiny guns on the X-Wing would bust off mid print, but they are intact, Fragile as heck, but intact.

Looks good; do I take it from Print3 that’s the Preform supports as generated? What layer height did you use (and which model - sorry, rather assuming you didn’t sculpt it yourself?!).

There looks to be some slight bending on a couple of the guns - was caused that during the print or post?

The 3D Hubs Marvin were all done in 100 micron layers.
The first one, I just used the auto generated supports the first time I opened preform.
The second print was of the direct on base because that is how they request it be printed, I also just threw another on next to it at 50%

The X-Wing was at 25 micron, 9.5 hours. I manually placed all of the supports on the x-wing, because I did not like where preform put them, and I wanted to see how far I could push it with those long skinny guns. I downloaded a few models from thingverse the xwing was one of them, not sure which one it was…

Just printed R2 D2… also from thingverse, will clean it up and photo later, it is in pieces, so will need to assemble as well.

Waiting for my IPA and Yellow Magic orders to arrive, which ever gets here first, I use

Well, a few Legos came out pretty good.
Did this to test dimensions and fit. not 100% but pretty close to 99.9% 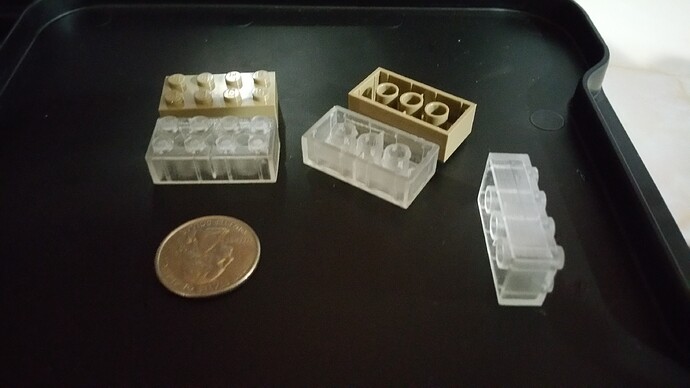 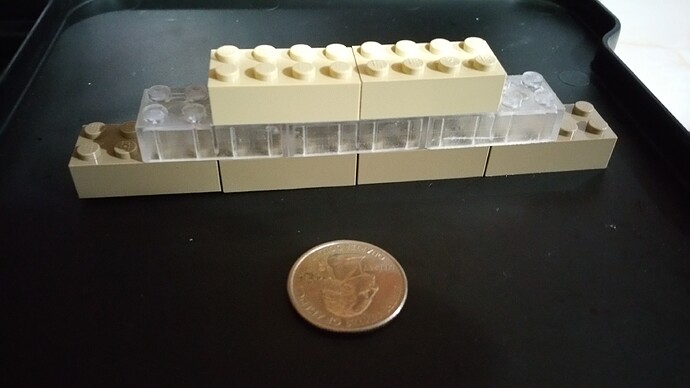