I would like to share my biggest 3d prints so far, weapon props for Shadow Warrior 2 marketing and exposes.
Concept of Katana was made by Pawel Swiezak.
Models and textures of both weapons ingame was created by Pawel Libiszewski (www.plwell.com)
3D prints was my job (www.levus3d.com)
Bronze casts are created by Mateusz Lagowski metalworks (www.art-int.pl).

Katana is 120cm long and gun is 40 cm long.
Prints was made in parts, then prototype was assembled and cleaned, then I made silicone molds and resin casts,
Then I made wax casts and Mateusz made bronze molds and cast using this waxes. 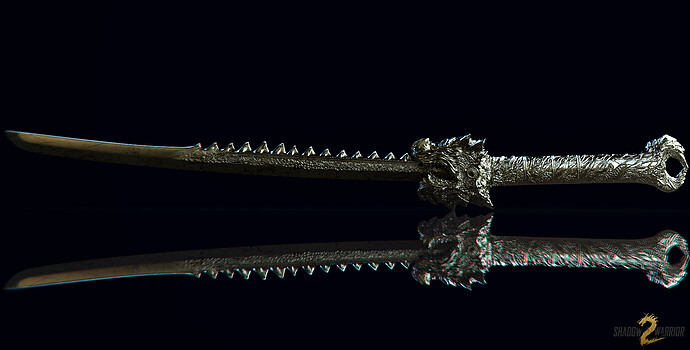 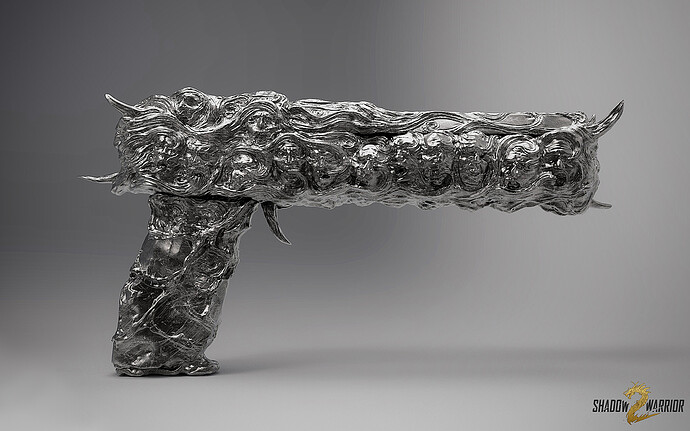 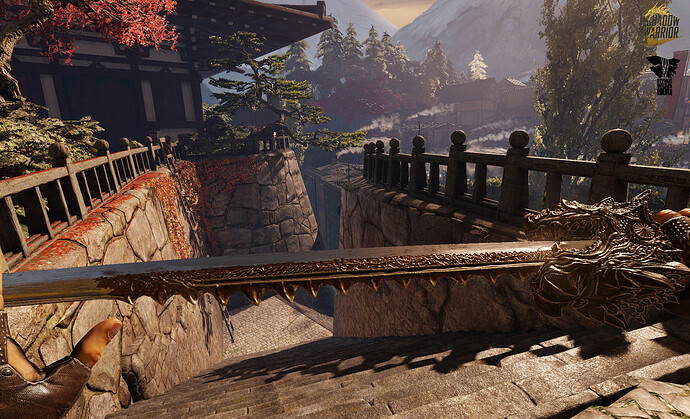 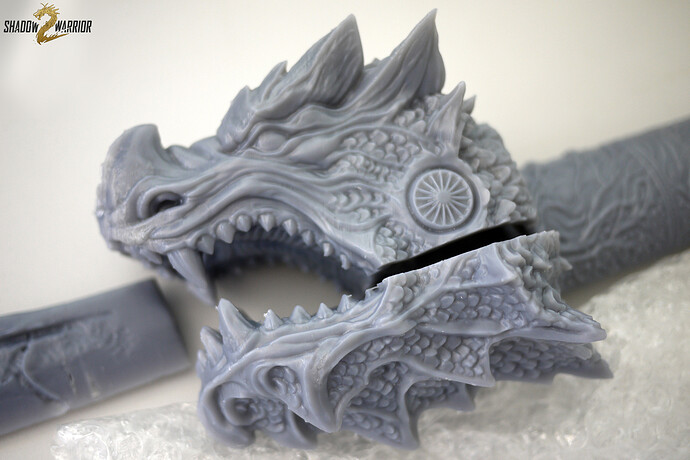 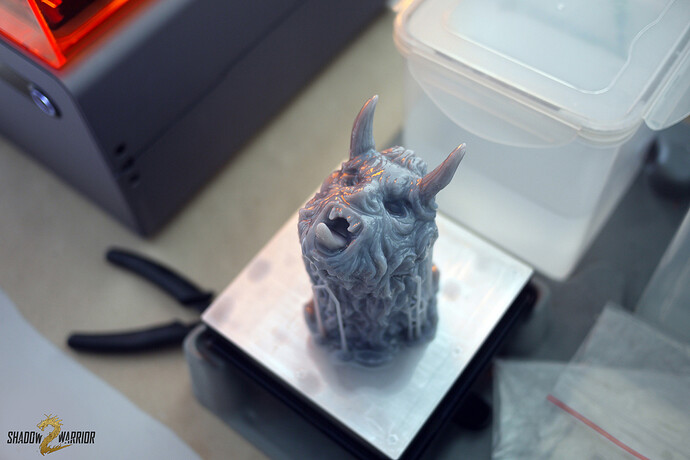 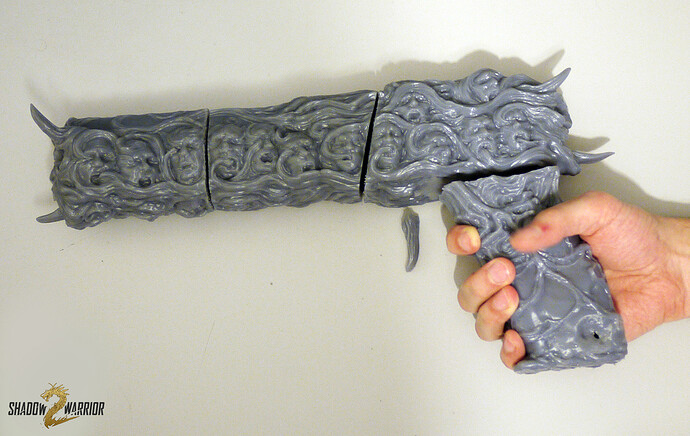 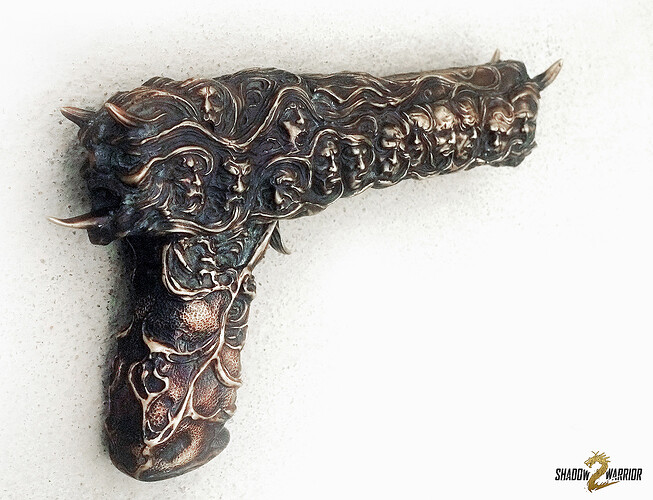 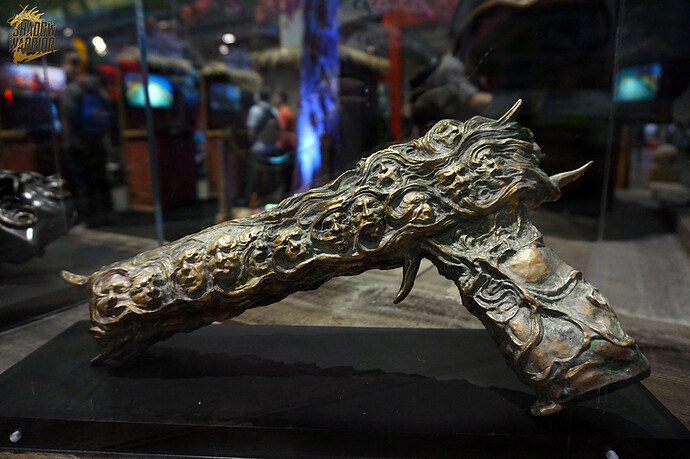 Very nice work, the designs and prints are great with super quality finishing. show me more!
Mike A

Why didn’t you just print with the castable resin?
Or why didnt you create a negative out of standard resin?

Very nice. What did you use to fill in the seams?

I would LOVE a tutorial on this… This is why i have this printer, THIS is what I want to do with this printer… I really really would love to know the process

Hey!
Guys, I haven’t so much time to write more right now, maybe in the future will can say more about the process.
But it is very regular molding and casting process.

Answering questions:
form1+
I used greenstuff for filling the holes and fixing printing issues
I used standard gray resin because I have it:) casting resin is probably good for smaller things, and the silicone mold was prepared for more copies, casting in wax is a lot cheaper that printing copies in castable resin.
Why not printed negative? It will be very hard to check it was printed properly and to clean and polish print,
hovever maybe in flexible resin it can make sense, maybe will try it in the future.
But still, making prototype for cleaning and polishing is better that printing a mold. With prototype, I can make as many good molds as I want.