I saw the tested review of the form 2 and they said that it’s good practice to print on different areas of the build platform, that way the laser isn’t always hitting the same spot on the tank. I just got the form 2 this week and right now i’m just rotating my prints around the platform. I’m not sure if PreForm has this feature, but I was thinking that there could be a setting to show a heat map sort of view of the build platform to show the most frequently printed on areas. That way it’ll give help the user better spread out their prints on the platform evenly.

Edit: I see that they have a heat map on the dashboard.

When you select you object in preform there is a move icon to the top left of the rotation icon.

@shink This was a hotly contested debate a while back. This was one of several threads on the topic. What will come of it? Not sure. I only know that for me, heatmaps are very useful, however it would be far better if they were integrated/importable into Preform so you can visually see your worn out spots and place accordingly.

Having the heat map viewable in Preform would be great.

That said, I can see the technical challenges are not trivial. At the moment, I think something that would be easy to pull off would be to orient the view of the heat maps in the dashboard to match the overhead view in Preform. Right now I have to think and I am dyslexic so the odds of getting it right are low.

There is not any mathematical issue putting the heat map in Preform so that objects can be placed.
Almost every thing else is tracked on the dashboard.
And the dashboard connects to the printer and Preform.

It certainly would be a great feature to add to save costs and disposal frequencies of the tanks! Could also be critical in achieving high success rates on the printer (>99%).

I specifically logged in just now to post this exact feature request. Looks like others beat me to it by quite a bit. This would be great to implement.

Still waiting for an FL response.

When you say heat map, is this referring to where past items were printed, or just the the print of what is loaded into Preform? I am curious why a “heat” map might be able to show past prints.

When you say heat map, is this referring to where past items were printed, or just the the print of what is loaded into Preform? I am curious why a “heat” map might be able to show past prints.

Yes. The heat map on the dashboard shows you Per tank where you have printed. So you can try to spread the load. I agree with several others that it would be nice if this heat map was displayed inside of Preform.

Here are some examples of some heat maps from my dashboard. 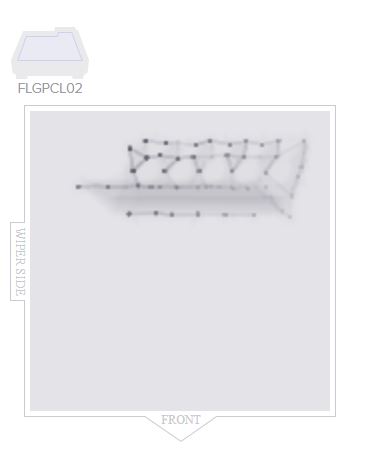 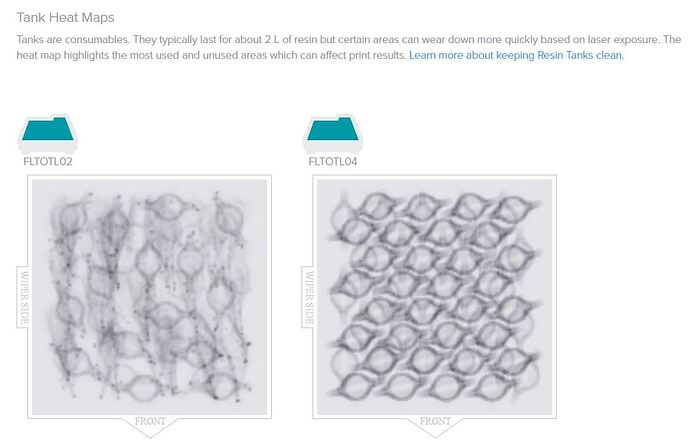 Thanks for those images, where is this dash board located on the machines lcd display itself? That is where you can view all the past print locations per tray?

Thanks for those images, where is this dash board located on the machines lcd display itself? That is where you can view all the past print locations per tray?

It may be a good idea to move most of these Questions into a new thread so the thread can keep a clean “on topic” conversation. If you start a new thread to ask your questions we can all pitch in to answer them. That said I love to help answer questions when I can.

The dashboard is on formlabs.com. you can log in and see your printer(s), Materials (resins, tanks etc), print job history etc.

Thanks for that, Yes , I’m learning how to use forum as well, kinda of asking questions all over the place.

@Adin @Mordiev @Frew it would be pretty epic if we could easily load it up like this. 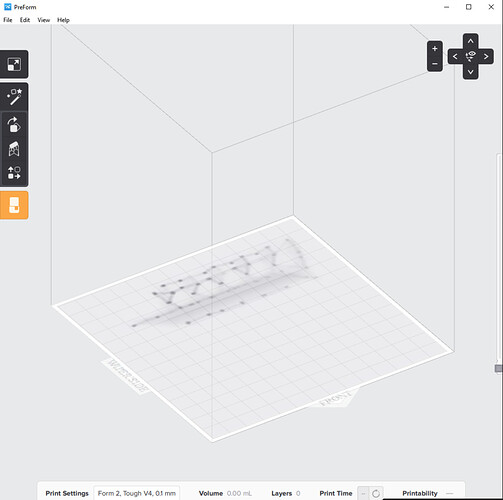 Probably would require Preform to have a login feature and a child window with a list of your tanks. Hopefully they are working on this already

I just noticed in the new version of PreForm that it saw my printer on the network. It recognized the cartridge and the tank. I’ll bet they could make that feature work even without logging into a dashboard account.

It’s possible, however there was a debate about this a while back regarding where the images (heatmaps) should physically live. At the moment I believe they live only in AWS (the Amazon cloud where FL has all of their cloud based servces) and not on the printer itself. I could be wrong about this, and it could have also changed recently.

If they live on the printer then there would be memory issues, albeit minor issues as small PNGs or whatever the image type, are relatively small. Then Preform could just pull from the printer.

But if they do only live in the cloud then either the printer or Preform (more likely the later) would have to login to your cloud account at some point and pull down the images.

Would love to see it. That way I don’t have to stand on my head to visualize.
And and EASY button to go to the Dashboard to view the heat maps without finding the bookmark.
That may already be there, but I do not know where it is.

I’m reviving this old thread as I was about to post the same suggestion. Can anyone from Formlabs respond to say if this is viable please? It seems like a great idea and is something that people want. It will also be a great selling point and improvement to your product line up.