Anybody seen this before - Pulling down build platform

Has any of you seen this before? It seems like on each layer, when the tank lowers, the first few seconds it’s pulling down the print, including the build platform. Then suddenly the print releases from the pdms layer.

I am printing a fairly large object with a large surface area… which is probably the reason. But still. it shouldn’t be doing this in my opinion. Is there any way to avoid this. Re-orienting the print won’t really work probably. 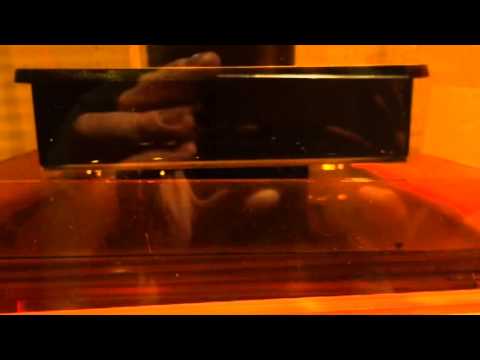 This is what i’m printing:

I’m letting it print for now because i’m hoping it will resolve after the large surface area, so I don’t know what the end result will turn out to be. But it does seem disturbing…

EDIT: (15 minutes later) - it did stop doing that when it came to this layer:

Still… how would one be able to prevent this for happening. Pulling the build platform down on one side cannot be good for the lead screw as well as extra unwanted stress on the peel motor…

This sometimes happens when printing a part with a large surface area, and it’s nothing to worry about. The printers we use here in house sometimes do this with larger pieces as well.

If you notice any print quality issues, definitely shoot us a message to support@formlabs.com.

Thanks for the reassurance, Jory! The print came out fine. Though would this effect the lifetime of the pdms layer? any knowledge in that area?

I use to experience this a lot but when I knew I would be printing larger surface areas I would treat at least one resin tank with RainX so that I could avoid some of this extreme pressure build up. It seemed to help but I have no real hard evidence other than a few tests we have done here. There is a posting somewhere in the forums about using the RainX on the PDMS layer if you are interested in looking into it further.

Alex, there is no effect on the lifetime of the PDMS as far as we are aware. The clouding on the PDMS is mostly caused by the laser light shining through the material.