We got a form 3 printer three to four months ago. A majority of the prints have been coming out with varying amounts of warping on them. The prints come out as “complete”, yet they still have obvious distortions on them.

So far we have only used draft resin on our prints. Attached is an example of a test print. The print has an indentation on the top where it isn’t filled in all the way, but is supposed to be filled in.

Does anybody have help on resolving this issue? 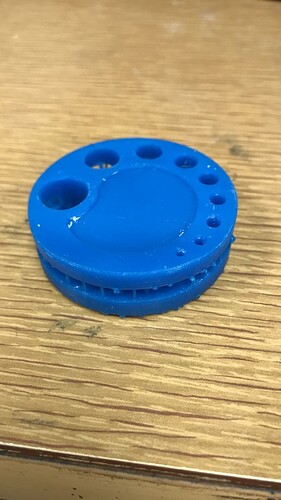 For this print, we used the auto-generated supports that preform creates. However, the distortion was on the side without the supports attached to them.

Would you suggest adding more supports in addition to the auto-generated supports?

Well, from the picture it looks as if there were insufficient supports placed and the part deformed due to peel forces.

Thank you, I’m making a new test with more supports to see if this was the issue.

you probably want to angle this one too since its so wide, the stepping on draft is pretty extreme so maybe print it vertically?