Just wondering if people are experiencing more failures with Tough V5 on the newest version of firmware. I can’t post pictures of the parts I’m printing, but I’m experiencing a significant amount of crazy warping/distortion and also tanks that get punctured very early.

Am curious if anyone else has some anecdotal issues.

I discovered there was a cupping area that preform did not flag correctly. I haven’t been using tough v5 for a long time so I wasn’t sure exactly why I was encountering a lot of failures with it specifically.

I’ve added vent holes and think it should be better but we’ll see.

Interesting, would love to know how your fix turns out.

I’m about to print some large models in Tough v5 myself, and will let you know if I see anything off. Although I haven’t decided yet whether I’m going to run them on my Form 3 or Form 2 (I’m low on spare tanks on both).

The vent holes seemed to fix the problem. It was kind of a unique situation because the geometry wasn’t flagged by PreForm and it was also kind of misleading visually.

It was basically a cylindrical shape with a post in the middle that had a hole running through the center. When placed in a vertical orientation in PreForm it didn’t flag cupping but once it was tilted it flagged it correctly.

The hole in the middle was misleading because at first glance it looked like it would act as a vent hole…however because the hole ran through a post in the middle, there are layers that basically have two polymerized rings concentric to each other. The outermost ring cavity created a vacuum because the inner ring would block air from escaping the middle hole.

Anyhow, it’s definitely a bug in PreForm to not have caught that! Adding vent holes fixed the problem entirely. I was getting tanks that would break/leak after one or two prints and was getting absolutely crazy deformation that I had never seen before. If you want to reach out via email to know more, just hit me up!

And yes it’s true that I had swapped all my Tough V5 out for Tough 2000. However I have a client who likes the color of Tough V5 and needed a whole bunch of parts done, so it was worth it for me to use this resin again.

Glad to hear it worked out. That description was very clear. Out of curiosity what touchpoint sizes are you using these days with v5? 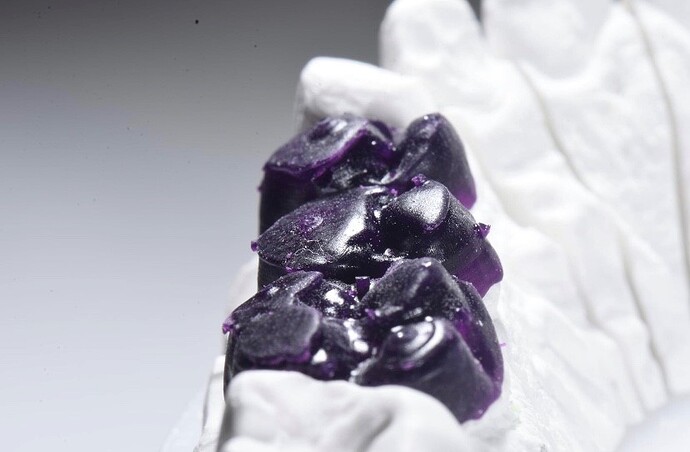 hı I have experienced flat surface insted of sharp edge . this issue occured after dowlonding 3.9.0 version which is lastest one .do u have any idea how to handle this .