Hello everybody
I tried to print a project with the grey V2, and after 3 hours I noticed severe failure in the print. I cancelled the print and had to clean the debris from the tank. Then I noticed an irregular border where the resin is pouring down to the tank from the cartridge: Look what I found: 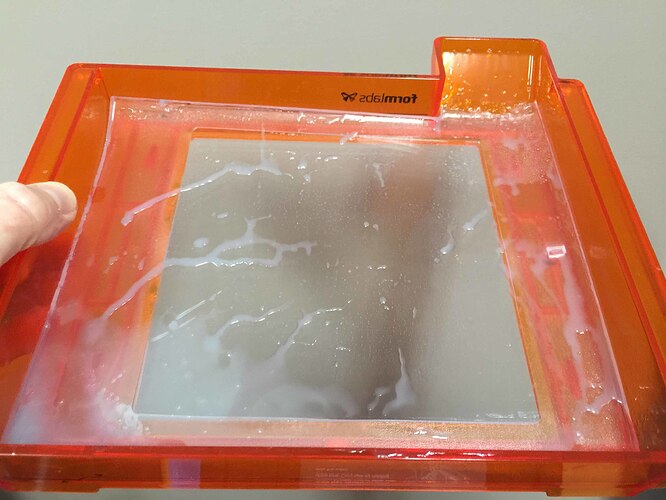 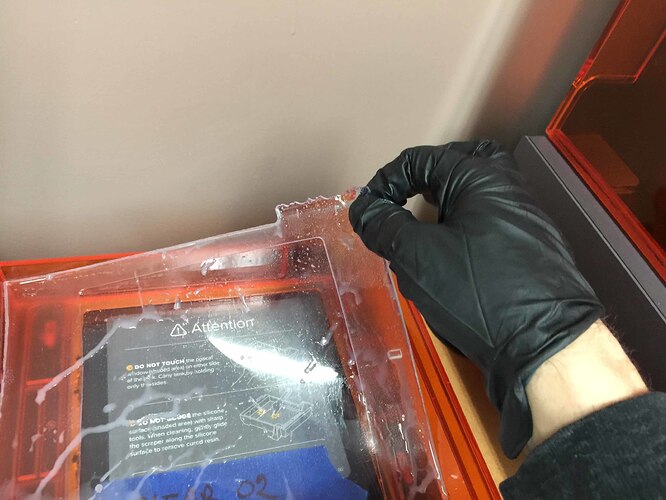 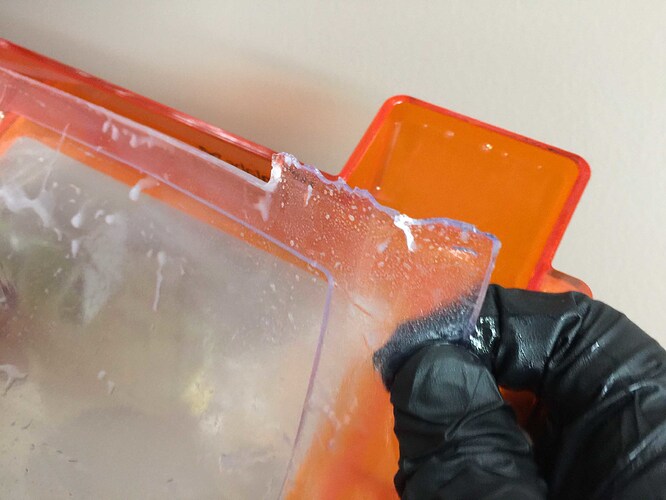 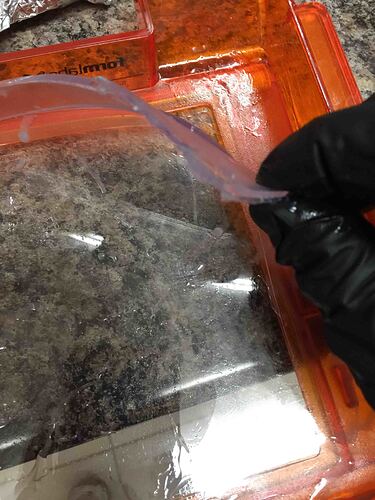 The all silicon tank bottom was completely detached and this after using the tank just a couple of times! now I know why my print failed. I hope Formlab will replace this tank for free,

Odd, someone else was just talking about this in another thread, although I cannot find it. It was @car3less if memory serves. Pretty sure @Frew was on the thread as well.

Be sure to submit a ticket with FL support.

This is why it’s good to always have a spare tank.
I had problems with Dental resin tanks and I received replacements, but I ordered one more just to have it for any case.

I think it’s more like a storage problem. If the tank is stored with resin inside for some time, without being used.
The support told me to store them empty, on one side.

I am also using clear with Form 2 and I never had this kind of problem with the tanks.

Hello Car3less
Thanks for your message. I have two more tanks (castable and clear) and I never had this problem. It’s not very convenient having to empty a tank before storing it., especially if you’re switching resin quite often. Did they give you some advices about the max period of time you can store a tank full of resin without having this problem?

No. It’s not convenient but if this is the solution to make me less worried then it’s ok :)))

In my case, I think the tanks had problems after 2 weeks and 1 month or less of storage. But the first one was used for many more months before storage and for 3 times more prints than the second one which was almost new.

And no, they didn’t say anything about the period of storage.

I just received an answer from the Formlab support. They had a couple other reports about the same problem with the silicon bottom. They currently replacing the bad tank batch and they sending me a new one.
Excellent support indeed

I have a few new tanks i just received and I wonder if they are in the bad batch?
I would rather know before I try to use them.

Here’s this link directly from the support page. It says in the bottom:

“As long as the resin has not surpassed its expiration, resin can stay in the tank for up to one month when stored in the printer, and up to two months when the tank is stored with the lid installed.”

From which period is this tank?

I had the same failure in a fresh tank after second use, I continued with a new tank. Since I was traveling for a conference, I didn’t ask for a replacement, but if it is this common, maybe the company should improve their quality control. These things are far from cheap.