Resin spilled all over the tank

We recently received our Form2 printer, the first prints came out great, but on the 4th one the tank over filled (I did not notice at first…) and during the process the wiper spilled resin all over the tank.
The resin went into a kind of drain and on the sides. 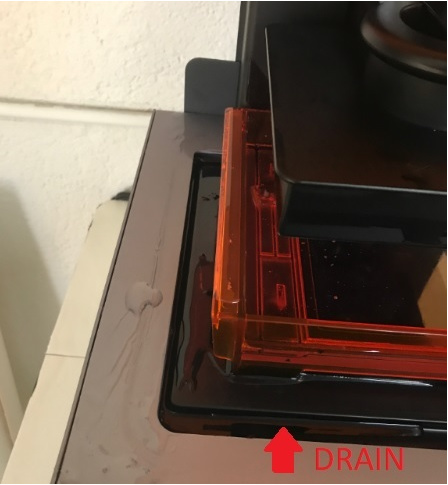 I used paper towels to soak most of the resin and cleaned the surface as much as I could with IPA but I dont know if some of the resin went somewhere it should not…
Should I remove the black cover under the tank to check if there is some resin left over ?
I am very concerned it could lead to critical issue for the printer.
Also, I dont know if it is the root cause of the spilling but the printing failed, my part came out with half of the material missing.

Any inpout regarding this issue would be greatly appreciated !
Thank you in advance

Thanks for working to clean this up as best you can. A member of our support team will be reaching out to you over email to look into the root cause and help with additional cleaning and troubleshooting steps.

The missing component of the part could have contributed to this as often spills are caused by the wiper colliding with cured resin inside the tank. Here’s to hoping we’re able to get you back up and running again quickly!

Thanks for your prompt feedback !
I will wait the email from the support staff before doing anything else.

I am still hoping to get a email from a member of the support team.
I have not started the printer again since my initial post here, I’m affraid some resin went inside but I cannot check it until I open it up… (which I would rather not without the help of the support staff)

Also, I recently found some cracks on the plastic cover (see picture). 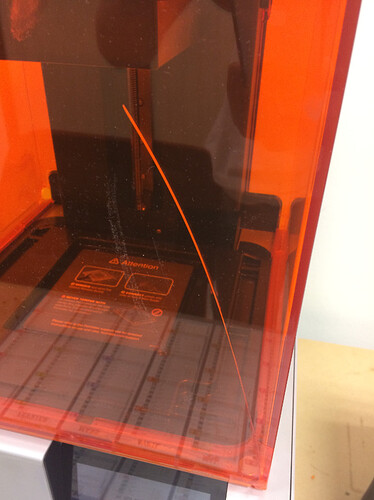 I don’t understand how it has happened. It appeared a few days after the resin spilled over the tank, the 3D printer did not move, did not fall (or anything that could cause a shock on the cover), but still, huge cracks on all the corners appeared. Could it be because some of the spilled resin went on the orange cover and the constraints of the resin hardening made this happen ?

I would greatly appreciate a response from the support staff.
Thank you very much & Best regards