Somebody can help me?

I don’t know why but sometimes I have some cracks on my resin prints.

Here is the link of the picture:
https://we.tl/fDYoAnwoNO

Yikes, that’s not a crack, but your print broke in half!

At what point did this happen? While printing? While removing from platform? pre/post alcohol bath? pre/post UV cure?

Was it slightly cracked off the platform and then got worse?

What was the orientation of your item? Do you have the .form file or a screenshot?

It looks like the supports are laid out in rows along the part. This can cause issues with flat parts. I would manually add/remove supports so that they are more random.

Normally I would say that you should print the part at an angle but raised text comes out better printed horizontal.

I would print this at 100 microns because it doesn’t have any organic curves/shapes.

I put enclosed a screenshot of the settings. 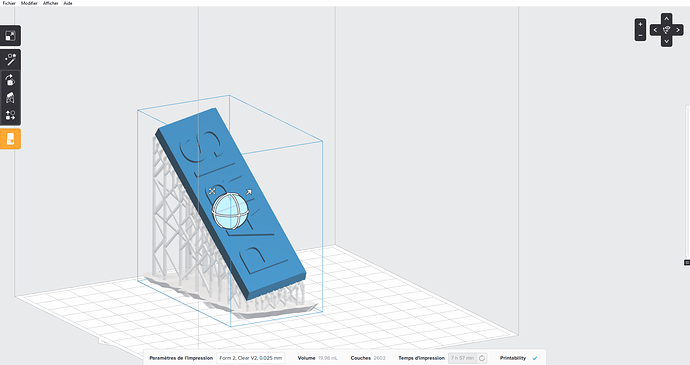 It looks like the auto-orient tool did a reasonably good job with orienting this. Can you upload the .form file so that we can take a look? Orienting at 45 degrees in both the x and y axis evenly distributes forces for parts like this so it might be worth giving that a go.

For parts like this with raised text I would try orienting flat with supports. You’ll have to sand the back (support) side flat but the text will come out great even at 100 microns. It will print much faster as well.

I wouldn’t print flat but rather rotate the part so it isn’t so tall in the build area. Tall parts have a lot of forces applied that would cause this as well as chance of distortion. Running it at a lower profile will reduce stress and print time. You should actually have a faster print at twice the resolution and have less cleanup and less noticeable build lines.
Dead out flat printed beats the hell out of pdms layers because there is so much tearing to peel each layer.

Just to throw my $0.02 in, I would print that flat, directly on the print bed, no supports.

The only thing that will happen is that depending on your printerbed alignment, the first 10 layers or so might be over compressed, so the overall height of the piece might not be accurate (less thant what it’s supposed to be).

If you still have access to the original model, you can add about 0.4-0.5mm to the bottom to account for the compression.

After it’s printed, you might need a razor blade to pop it off, or you could even build a little bump in it like the ones PreForm creates for the base to help pop it off. Something like this. 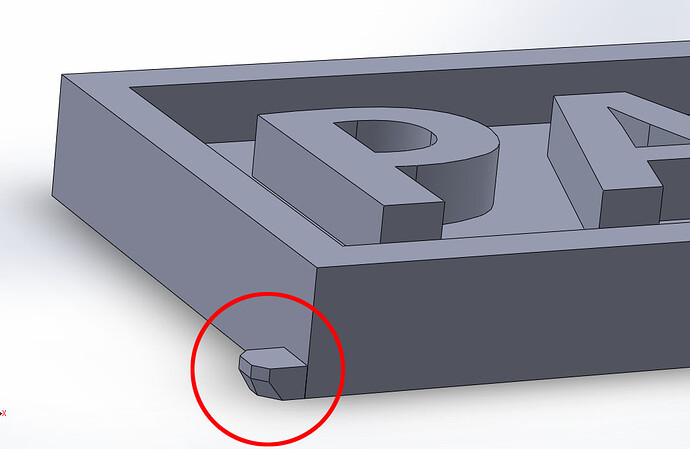