For many of my prints, the majority of the print time is spent printing the raft that holds the supports that hold my model. It often takes a fair percentage of the total resin of a print.

Now, I understand that this is printed solidly because it has to support a potentially large object hanging off of it and being peeled from the base after each layer. That said, there are times when an object covers a large surface area on the platform and needs supports throughout, but has very little material to support.

Perhaps there’s a way to print the base using a honeycomb pattern or similar, at least as an option? Maybe Perform can use the resin volume estimate as a proxy for the weight of the object, and use that to automatically scale the size of the base and the supports?

I don’t think the weight of the part has much to do with it so estimating weight of the part by way of known volume and known density of resin would not mean much. Failure to adhere to the build platform I think is much more a function of the shearing forces between the tank and the part which is a function of layer footprint area and how cured (glued) that particular resin is to the tank. If you have a shearin separation between layers ( too much unsupported overhang between layers) or between the part and build platform those layers or portions of a layer will break off and float around in your tank, stay partially attached to the part and sag in the detached area, or adhere to the tank bottom. These peeling forces can be 10-100x greater than the hanging weight of the suspended part. Another force that can be much greater than the weight of the part is a suction cup effect of printing hollow parts that are sealed on all sides e.g. Printing honeycomb either dir Carly on the platform or on a solid layer first. If you have a hollow cavity it is best to make sure that you have an air hole at the bottom of your part (top when viewed in its suspended state while printing) that allows the cavity to vent and not develop a suction. That is not really possible with the support raft but is very easily accomplished on the actual part when you consider that it is more or less free floating in space off the vertical support lattice work. (Note: you can get away with a small amount of hollow void in your models, you have to use experience driven judgement as to how much void is too much, but best practice is to avoid it and why you probably don’t want that on what should be the most cured, strongest part of the whole print.)
Also this issue of relatively large fractions of the consumed resin is more of an issue with small parts. I generally estimate a cost of $0.25/ml so if you have a part that is 10 ml and it uses an additional 15ml for the support it really is just a matter of a few dollars. For prototyping and engineering purposes this is nothing compared to the value of the test part. Design of critical surfaces, and how you chose to orient and support your part also greatly effect how much support material you consume. If you bought a $3500 printer as an expensive toy to use at home and did not account for the ongoing cost of the consumables and you are really that worried about it I suggest stepping down to a FDM printer and selling the SLA as they are much more affordable for the hobbyist.

My mind just drifted to the thought of a honeycomb structure and internal supports checked…oh the math!

The money doesn’t matter to me as much as the waste, particularly if it’s to overbuild the support raft.

If it’s true that shearing forces predominate, then maybe they can try to find the broadest cross section of the part and compute it’s torque on the raft based on its distance from the base. Who knows. I’d just like an option to have a sparse build platform when I’m printing out a slight part that covers a lot of build plate surface area, mostly due to time wasted printing and curing the solid base that’s compulsory in preform today.

I like that idea but my only concern is having the base break up when trying to remove it from the build platform. Be nice not use material if not needed.

Option B is to design a build platform & supports in your original geometry and skip performs support generation all together. I have down this a few times when a client needed a large number of identical parts for testing so that I could fit more parts in a single print and save a days worth of print time.

Hello
I am also not satisfied with the raft size when printing very small objects (just a few millimeters in height and width), it’s wasting too much of resin and time.
I would like to have the option to choose from the “old” raft size which was available until PreForm 2.11.x
This raft style was perfect (and strong enough) 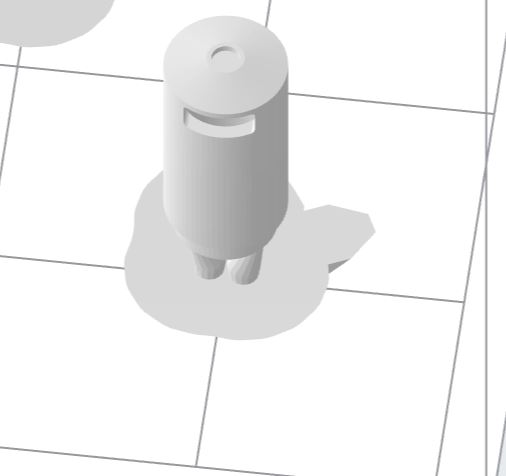 New raft style for small parts is not really applicable: 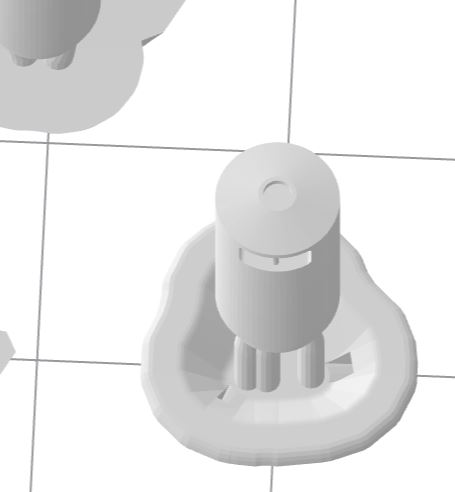 Is there any possiblity to have a “medium size” raft?
Thanks
Dave