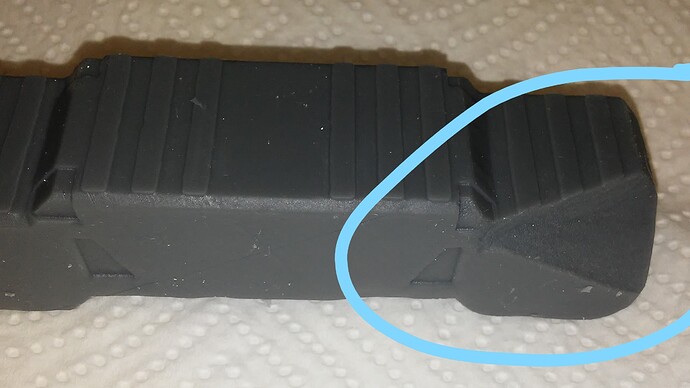 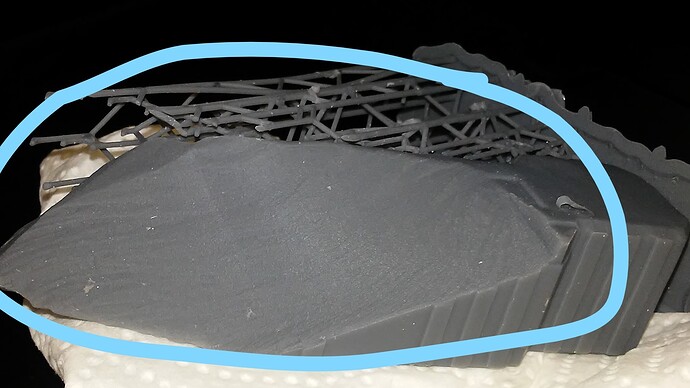 2nd ingot print.jpg2120×1193 361 KB
Formlab 2. My first drawing didn’t finish completely on the Formlab; eventhough, the machine indicated it did - - asking if its a success, etc. I did a second print. It was worse (see photo 2). I scaled the drawing to half its size and this time after three hours there was nothing on the build platform. I’m using Grey with a new tank and new tray with wiper. We’ve never run into this before. Any ideas?
sigmazero April 18, 2017, 8:49pm #2

My first drawing didn’t finish completely on the Formlab; eventhough, the machine indicated it did - -

Did you clean out your resin tank, and filter your resin, after this first failure?
Failed prints create chunks of cured resin, causeing further issues.

Grab a pack of these http://a.co/iYJAgB9

While you’re filtering, check and make sure you don’t have any cured resin stuck to the silicon layer of the resin tank.

No. I didn’t “clean” anything. I used a new tank and new tray for Grey V3. What do you mean by cleaning the resin tank and filtering?

If you have having any issues printing, one of the many troubleshooting steps you should take is to clean out your resin tray and filter the resin for any particles.

Another troubleshooting tip is to clean the glass under the resin tray. Something as small as a dust or a smudge could be blocking the laser.

Since you stated it was a new tank and new cartridge something else might be going on. Are you able to upload the STL, OBJ or even better the .form file with supports?

Whenever you see pieces missing from your print, that is because those layers are stuck to the bottom of the resin tank. If you then start another print, the areas where resin is stuck to the resin tank will prevent resin from curing to the build platform and you’ll get another print failure. In addition, sometimes prints will fail in a way that leaves debris floating in the resin. Those debris will increase the likelihood of subsequent failures, making the situation worse. When you get a print failure, you need to use the putty knife to squeegee the bottom of the resin tank to inspect for and remove any resin adhering to the tank bottom. And depending on the nature of the failure you might also need to strain the resin to filter out any larger loose chunks.

It’s not clear to me why your first print failed, it looks like it shouldn’t have had a problem given the surface area being printed. But the reason the second print is worse is almost certainly down to the first print having left resin cured to the bottom of the resin tank.

I think V3 resin is easy to go wrong, I have, but now do not use

For that object it would help to make it hollow in the center, though you’d need a hole somewhere for the resin to drain out.

I want to echo the advice from some of our forum users. When you notice a missing region of your print, generally this is because it’s adhered to the PDMS layer. If you run the spatula lightly along the PDMS, you should notice a region of cured resin. After failures, it’s important to filter the tank and check the resin tray for any cured material.

The original cause for this is typically a spec of dust obscuring your laser or unsupported geometry. As @kevinduhe mentioned, you should check the glass for any particulate. For small amounts of dust, often compressed air (we use one of those rocket squeeze blowers) is sufficient to remove dust so long as you’re confident that there isn’t any significant amount of moisture in your air. For more difficult smudges, wiping the window with IPA and PEC pads can be necessary.

If you’re still running into issues, I’d encourage you to open up a ticket with our support team so that we can help to troubleshoot further.