I have gotten the Motors jammed error message twice in the last 24 hours. This is an error I have never gotten before with my Form 2. I notice that the tray side to side movement sounds a little louder than I remember it. Perhaps even a bit grinding sound? The wiper seems to make the most noise when moving.

I have gotten pretty used to constant resin sensing errors but this latest error means I have to babysit the machine because its constantly stopping claiming there is a jam even though their isnt. God my $60 dollar Borther jet printer is more reliable than the Form 2. Thats kinda scary to think about.

mine had the resin sensor errors… and then the escalating motor jam errors… and then grinding noises.
I sent Formlabs videos of mine acting up and they finally agreed I had received a lemon and they replaced it with a machine that has run flawlessly so far. ( tho its starting in on the unable to sense a cartidge errors )

I know they had an issue with manufacturing around a year back and had a spate of bad machines… some with bearings that fell out and worse.

You might want to open a support ticket and see what they say about it.

Thanks for the insight and now that I think about it this does sound like a bearing grinding sound. As if its missing bearings or just poorly made. It has a metal scraping sound of sorts.

Yeah I get the missing cartridge errors message but I’m starting to think those are on purpose Formlabs has deemed that cartridge “empty” or non usable.

I did open up a support request already.

Here is a video not sure if this link will work.

My printer is effectively unusable now. Do I dare take it apart to service these faulty sensors and bearings? 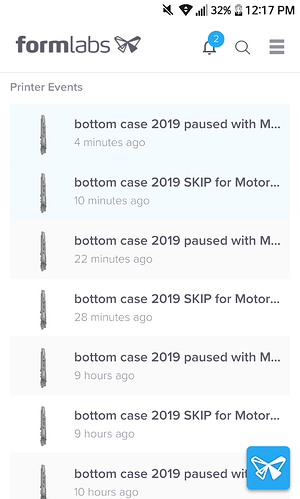 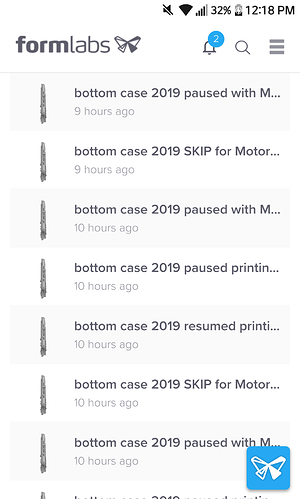 is it under warrantee? If so- ask them to replace the printer with one that was correctly assembled.
I’m only guessing, but as someone with experience manufacturing overseas I believe Formlabs had an issue with their chinese manufacturing that resulted in a large number of machines assembled incorrectly or with sub-spec parts.
There was a whole raft of similar problems reported by new buyers around the time I bought mine,
One guy posted pictures of loose ball bearings rattling around inside the machine.

If your machine is just out of warrantee… but you bought it around a year ago- you might argue that although it took longer to manifest on your machine that theses issues are clearly caused by the problem they had with a container full of machines from that period and they ought to make good if only for their reputation.

Other than that- are you saying they have sent you a repair tutorial? Or what?
If so- and you feel competent with a wrench, then it might be worth a try to save the trouble of shipping it back and waiting for a replacement,

As to the cartridge missing errors- i don’t think they are trying to make it fail so you buy new cartridges.
When I have had cartridges become unreadable- or “expired” they have sent me free replacements…so there is no profit in that.
Its that the sensor inside the machine is mounted on a metal tab that can get bent over time- and the cartridges have their chip with its contacts mounted to a tab of polypropylene that can become warped and thereby not make contact.

Both the tank sensor and the cartridge sensor are bad designs that are fragile and subject to failure. They should have gone with an Optical sensor and a simple printed target on the trays and cartridges that would have every cartridge and tank serialized to a master list of associated resins and usage.

one way to try and get a cartridge to read is to take some pliers and literally BEND the plastic panel that the chip is embedded in so that it will make contact on insertion. Do so gingerly, so as to not break the plastic, nor mess up the chip. You don’t have to bend it too far- enough overbent so that when you let it go it stays about a milimeter tighter clearance on the contact side…

Yes its still under warrantee and they havent responded with a course of action yet.

Im finding that the sensor may not be faulty as much as it is the chip on the cartidge. Some cartridges have issues while others are fine. I also feel like the software end of the sensing mechanism is not the most intelligent. Yeah I agree an optical sensor with barcode sounds better but maybe more costly? Also if the printed barcode gets damaged that could be problematic.

Formlabs have just replace a cartridge I had with a non-reading chip. I find they are very good a dealing with this sort of problem.

How is replacing faulty products being good at dealing with a problem? How about a software or supply chain fix so customers stop having to deal with DOA or faulty products. Most if not all the issues I see people having could be easily remedied with more control over how the machine operates. If I could simply control how the printer dealt with errors this wouldn’t have been an issue. Sure my printer is physically broken but not completely. It works its just the sensor and software overreacting. If we had control over our own devices they wouldn’t have to deal with constant support for things like this.

Open mode is a decent start but the fact that it disables the wiper and heater all together is not ideal. How about a Pro mode so we can tweak how the system reacts to certain errors. The resin sensing error is another one of those things I find completely unnecessary if you have any clue what your doing.