Does anyone know of any additives that we could use with the clear resin to create light gathering effects similar to this? 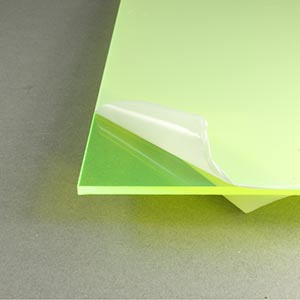 If there is a lime green RIT dye, you could try it. You would have to play around with the amount needed.

I’m still wondering if fluorescent dye would work to create such an effect.

I tried powdered additives and they didn’t dissolve. The base color did dye the resin but the results were eh at best. I’ll see if I have a picture.
If there is a liquid based one available, I wasn’t able to find it. … I think I even googled it…

http://www.fastcolours.com/olidenim-fluo-green-rac-269-c.asp What about this kinda stuff?

I think the problem is that they are water based. The Rit dye I used were in powder form. FL did a write-up a while ago with dye and oils to make the models smell good. I don’t remember if they said what kind of dye they used but I think I have an email or it is somewhere on the forum, somewhere with what dye they used. I think it was dye for epoxy.

See, someone on the internet already had to try it, lol.

I use epoxy dye with great result. I read that water based doesn’t work.

This is said to be a resin dye, so I guess it’s not water based: https://www.amazon.com/Alumilite-liquid-fluorescent-set-colors/dp/B00GK7ERJM

That’s super helpful to know - could you recommend any particular brands?

I tried the Alumalite black to test. I didn’t like the results from what I remember. It was a while ago.

Seconded with the powders not dissolving well. I tried a bit of glow-in-the-dark powder that ended up settling to the sides of the tank. Curious to see any results with liquid or epoxy based dyes (epoxies were used for the scratch and sniff tutorial).

Is there any way to augment the powdered additive to replicate the epoxy dye?

I’m not a chemist (beyond questionable garage experiments) but I would very much expect this to be near impossible depending on the type of powder additive. Best and easiest to just grab an epoxy based dye.

Come on you’ve got an actual Uni educated chemist on your team!

Haha yeah, he’s a bit too educated though