Anyone who has both the printer and the resin, and since we are stuck with the clear now… instead of painting the printed pieces, has anyone tried dyeing the pieces different colors (RIT dye)?

I’m thinking of trying that, but was wondering if anyone has tried it already. Since painting would cover up small details on the final print, dyeing should not have that effect.

I don’t know anything about dye. Is there a special kind of dye that is more likely to work? Does Amazon sell it? If you post a link, and it’s cheap enough, I’ll order some and try it.

Here is a good article on dyeing plastic using RIT dye. Let us know if you try it.

Looks like they sell Rit dye at Walmart. I’ll go grab some now…

But I’ll be interested to hear how it turned out, some really basic info here:

So, as I mentioned: I don’t know anything about dying. I’m just winging it here. I got three colors of Rit dye: “lemon yellow”, “purple”, and “sunshine orange”. I decided to try the yellow first because I figured it would be the most compatible with the normal color of the clear resin. I now realize that since I started with yellow I can’t be entirely, 100% sure if the item actually got dyed or if I may have somehow accelerated the natural shift toward yellow that might have happened anyway. I think the color change is because of the dye - I’m just trying to make sure I’m not overstating my certainty.

So, the first time around I used somewhat close to 1 part dye to 32 parts water. I put the dye/water on the stove and let it come to a boil. After that I turned off the heat and stuck the piece into the liquid using some chopsticks. I sorta swirled it around for a few minutes but got bored. After that I basically just tossed it in and let it sink to the bottom of the pan. I left it there for 30 minutes.

Since the dye didn’t change the color very much I decided to give it another go. This time I added two times more dye to the existing mixture. At that point the mixture should have been close to 1:11 (dye:water). This time I hung the piece (the same piece as before) using a little twine and let the dye/water mixture simmer for 30 minutes (see the second photo).

I hope to try purple and/or orange tomorrow…

Wow. That’s not bad at all. I wonder how it would look if you keep it in longer or use even more dye. Can’t wait to see you try the other colors.

@Hirudin - Thanks for taking one for the team!! Heck, the yellow would have been the least likely out of the colors you chose in my thoughts of it and it doesn’t look bad at all! I’m liking the looks and thoughts of this a lot right now, thank you Hirudin and those who suggested this!

I tried the purple. I have to keep this short as I’m constrained for time…

I used a fairly precise 10:1 (by weight - water:dye) mixture of the Rit purple liquid dye. I boiled it then left it to simmer. I hung the new part just like the other one and left it in there for ~35 minutes. The second photo is the same piece that I broke in half to try to see how deep the dye was absorbed - not very.

For anyone who may want to further experiment with dyes, disperse dyes may work good 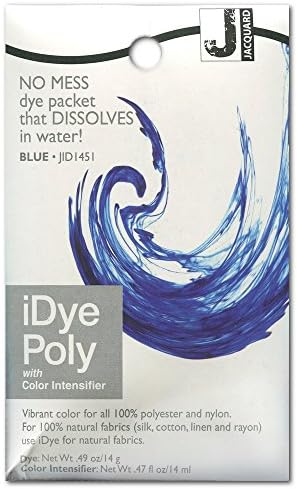 I will try it once I get my resin

I have some photosensitive dye (UV) that I’ve been wanting to mix into the resin, but am waiting to have a spare resin tank. The stuff works great with my wife’s UV exposure box, so since that also cures the Form 1 resin, I figure it’s worth a shot. Alternatively, a quick dunk and then exposure should yield some result – I’ll test that tonight.

The dye is from Lumi (their website seems unresponsive – lumi.co – but their FB page is: https://www.facebook.com/lumihq )

First, I painted some onto a piece that was printed several days ago and fully dried and cured. This was immediately problematic because the dye is quite thin and beaded up on the smooth print.

Second, I mixed some of the dye into some resin straight from the bottle onto the back of a piece of support from a previous print. This new liquid turned into a milky, off-white substance.

I exposed them both in a UV exposure box for roughly 5 minutes.

Results: the painted on dye worked great, where it stayed on the printed piece. However, 95% of it washed off after a run under a bathroom faucet. The milky substance turned into a yellowish-brown thick liquid, not unlike phlegm (yuck) and did not harden.

So - photosensitive dyes are a #FAIL.

Just to let those experimenting with alternative resins and dyes, we now have resin tanks and build platforms available for sale in the store: http://formlabs.com/store. Take a look!

And makerjuice.com’s colorant also works too. There’s another thread here somewhere I think from Tj who’s doing some testing…

The RIT dye method works really well on SLA well but not with boiling water.  The hot water can warp your SLA parts.   Mix the RIT dye with denatured alcohol.  Go overboard on the mix to make it highly concentrated.  Once you’re done (30 seconds to 1 minute) rinse in cold water and you’re good to go.  It penetrates the surface slightly but not that deep.  I have attached a picture of a black yoda as an example.

Mix the RIT dye with denatured alcohol. Go overboard on the mix to make it highly concentrated

Do you think IPA will work just as well or DNA really is needed ?

How much is “overboard” ?

I tried to dip a part in a 10% solution of Rit Dye More in IPA for about 10min, it did take the color but not vividly and it was still very transparent.

John, have a look at the results I had with IPA here: Dyeing prints with iDye Poly in Isopropyl