Did a few test dyes today on White V4 and Clear V4 with iDye Poly in Red, Black and Green, dissolved in Isopropyl. I ended up leaving them in the solution for around 4hrs. The clear dyed way better than the white, which seemed to be a bit patchy. Would probably be a lot better if the parts were suspended in a jar of the dye rather than sitting in a tray. 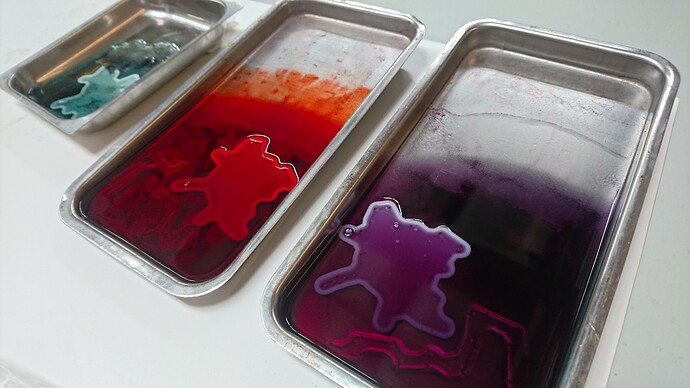 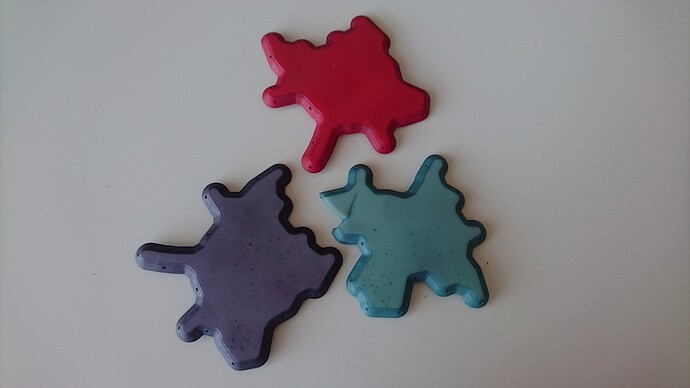 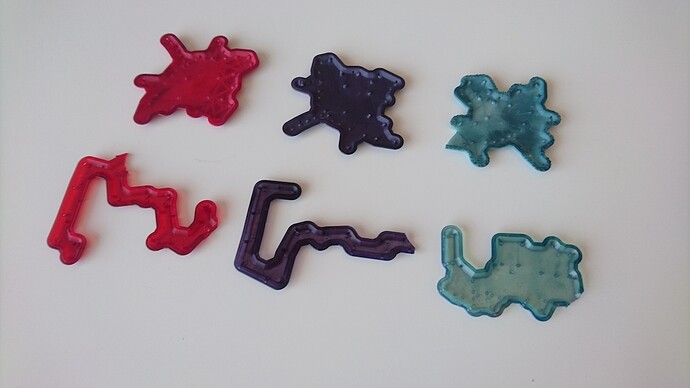 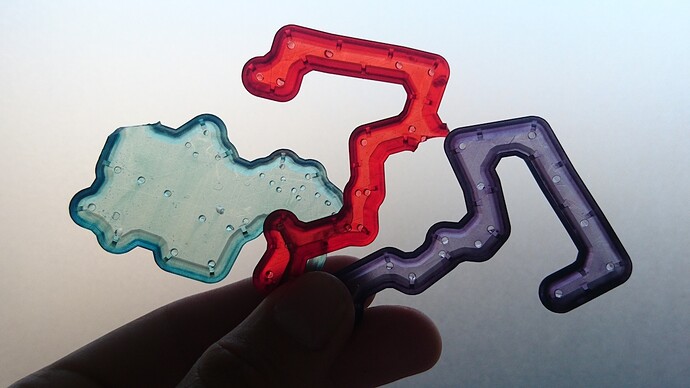 Any changes in properties of the parts after 4 hours in IPA?

Nothing major that I can detect. I accidentally left a large model in IPA over night once and that only softened slightly - nothing gummy or goopy.

I could probably try dyeing them in a water solution, but I’ve found with other plastic dyeing that a solvent works best. It would at least take longer to get the same level of dyeing.

Very cool. I use my rafts for testing finishes and solvents.

fantastic thanks for sharing

Thank you for sharing, especially with the great photos!. This is what this community is about!.

Did you heat up your IPA prior to mixing in the dye? Or was this done at room temperature.

Just room temp. With solvents I’ve found you don’t need/want to heat it up. If you were dyeing in a water solution then I believe it’s recommended to heat it.

This was prior to having a proper curing station so I would say the dyeing was on non-cured parts.

I’m also curious since I’m looking at doing my own experiments.

What ratio did you mix the dye with the ipa? 8 grams iDye per 16 oz IPA (<<< wild guess)? Looking for a starting point.

My ratio was a wild guess. You don’t need much dye though. 8g to 16oz sounds like too much. Start lower (3g?) and see - you can always add more dye to the solution if it doesn’t seem strong enough.

Any idea of penetration of the dye? I need to be able to polish the surfaces and keep the color.

Not too sure on that. Could you polish then dye? Maybe re-polish after the dye if needed. That way you would at least be removing the minimal amount of dyed material.