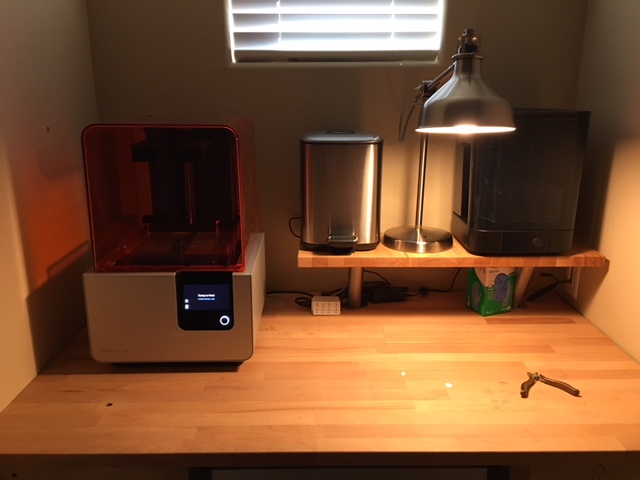 I’ve got a great little built-in workbench set up in my laundry room, which is perfect in nearly every way for my Form II. The problem, (perhaps just my paranoia), is that it’s right next to my clothes dryer in my laundry room. Should I be worried at all about the fumes from IPA (91% in my case) becoming an ignition risk? When that formwash lifts its basket to dry parts, the area becomes pretty hard to breathe.

I’ve been looking into explosion proof wall-exhaust fans and holy crap, they’re super expensive and not really appropriate for homes. Boat bilge fans are compact but incredibly loud and tend to be limited by high current, 12v operation (not ideal).

Do you think installing a 275cfm exhaust fan like this (blowing outdoors through a wall vent) above my Formwash would be okay? It’s not ignition/explosion proof but I’m thinking if its quiet and powerful enough, I wouldn’t mind running it continuously while I clean parts so the fumes never build up in the first place.

Am I just being paranoid?

If not, what are you guys doing to make your workspace safe when you wash?!

A blower wouldn’t hurt just don’t place it directly over the Form Wash unit. I generate far more fumes with two F2’s running. But, I also have a laser cutter in the room that has a 800cfm exhaust fan on it so it does a good job of changing the air about every 3 minutes.

There are quite boat bilge pumps that aren’t too expensive. With my exhaust system the blower is actually outside in a “dog house” as I call it. You could build a small weather proof box to put outside to contain the blower and run flex duct to it. Run a power cord out with the duct and put a switch inside to activate it.

I would make sure and vent it. Not only is there a fire risk but it just isn’t so great to breathe in IPA.

You could also make an enclosure using aluminum extrusion and panels (a door would be nice too) and put an air purifier on a vent in the enclosure. I made one for my Form 2 since I didn’t like the fumes using some of the materials (Flexible is pretty pungent). Works great.

We’ve touched on this subject previously and I see no fire risk, just the breathing risk in your situation. The documentation I found stated to keep IPA at least 30cm from any electronics. Now you have to make your own decision on the equipment you use and if you feel it has any real risk of having a spark. Most modern items will not, except Walter’s laser cutter

I agree with cjryker06, I’ve been using the IPA for over two years. My entire setup is in our living room. I use 99.9% Industrial grade IPA with no issues. Yes, the high volume exhaust on the laser unit does change the air but it’s on the other side of the room not directly over the Form Wash. I also store gallons and 5 gallon containers of both new and some used IPA in the same room with no issues. They are capped of course.

If you had open vats of IPA it would be a different issue. As long as you keep storage containers capped and the Form Wash purposely has an internal lid that closes when the build is lifted out. Only time there is any real smell is on filling or emptying the unit or when there is a build draining.

I for one take the build out of the holder and quickly flip it over on edge so that the excess IPA drains down into the top of the Form Wash unit. It will seep around the internal lid and drain into the tank.

I think I am just going to pick up this ridiculously strong fan and build a coupling to push the air into the dryer vent I installed in the wall for my previous FDM printer. Its brushless (so no open sparks), 115v, super efficient and apparently at lower speeds damn near inaudible (it includes a speed controller). Plus I just really like turbines and this just looks cool. (i’m a sucker for that stuff) 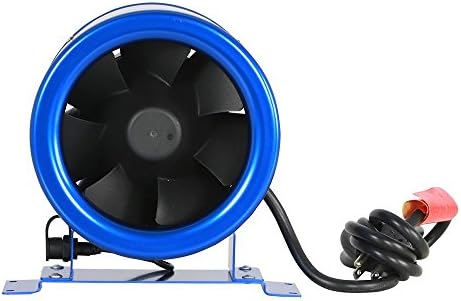 Best in its class – delivering the highest CFM's per watt of any fan in the industry. Hyper Fan's develop higher static pressures and higher airflows than any other mixed flow fans in the market. They ...

Explosion risk is likely very tiny. Air concentration of IPA would likely need to be high enough that you would at least have passed out from exposure and probably be dead. Keeping the air breathable and is probably the higher priority.
Mythbusters tested how easy it was to make gasoline vapor in an open-ish (not just a few inches from liquid gasoline,) environment combustible and it took some pretty extreme circumstances. I think they basically needed to boil it in a pretty small room with an open sparker like a grill igniter to get anything to happen.
IPA may be different, but I doubt 91% is worse than gasoline.