Maybe for the Form 2+ or 3 you’d consider giving us a little hook on which to hang the wiper out of the way while cleaning the tray. Here’s my 2¢ prototype: 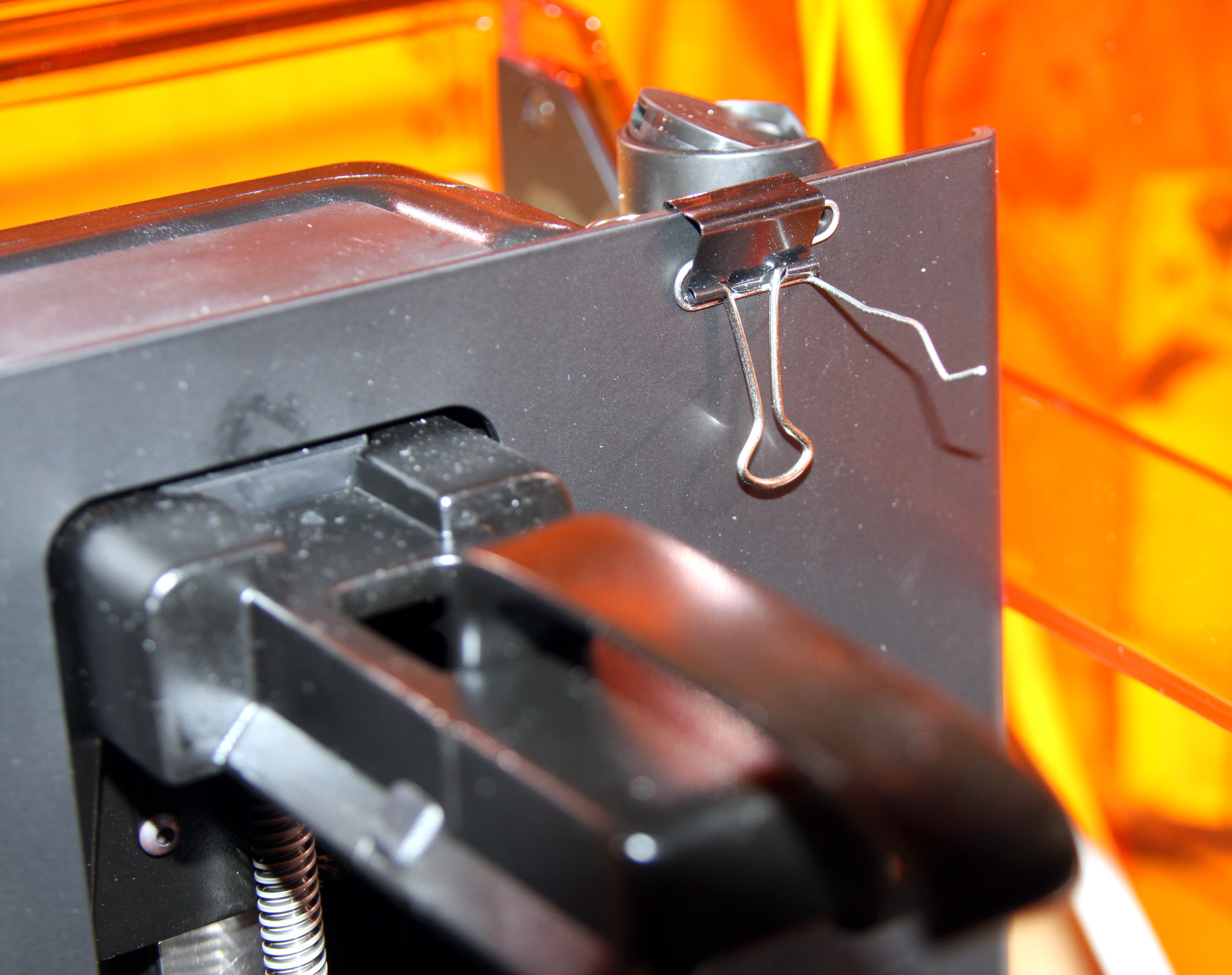 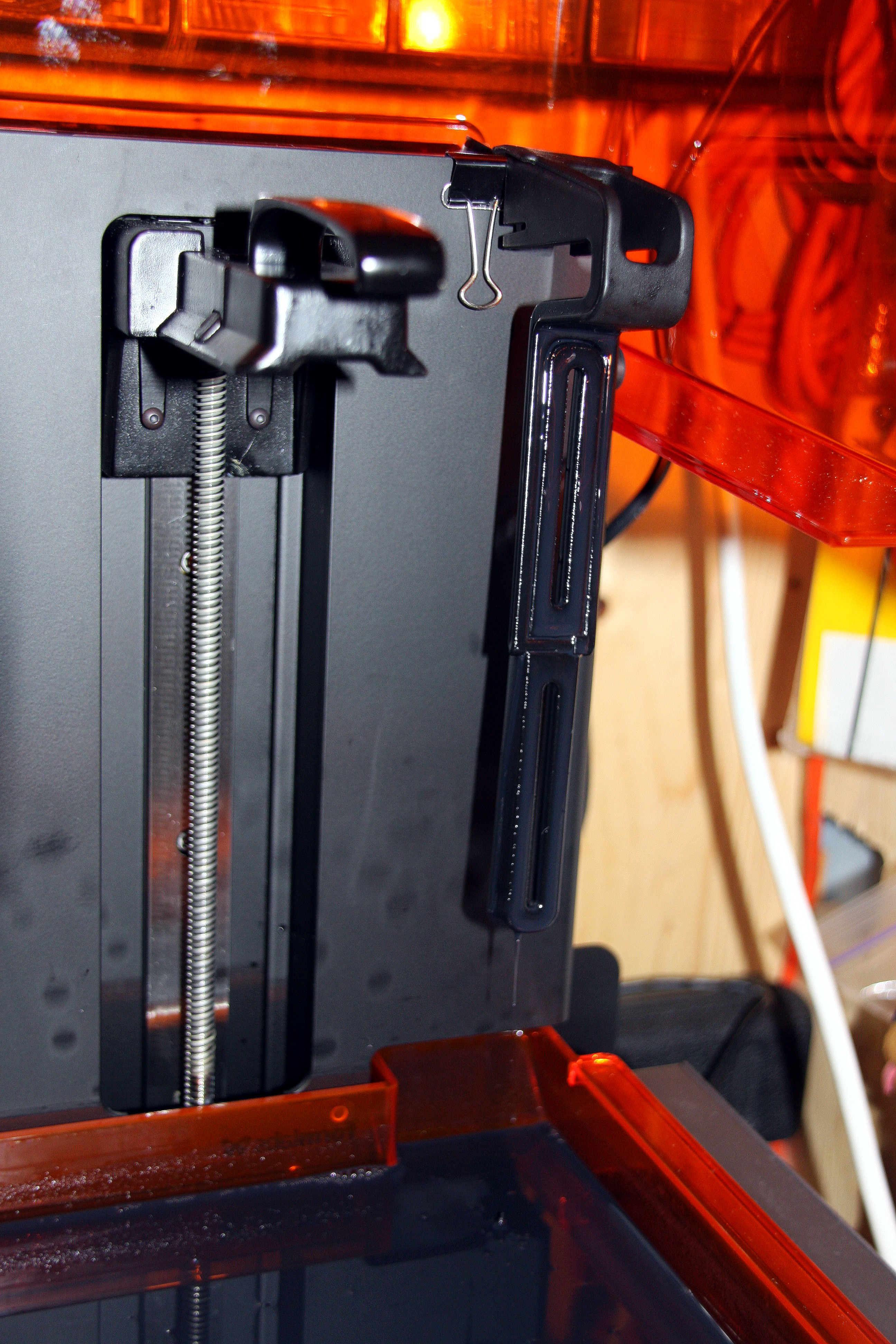 I think there’s ample room up there for a post and it wouldn’t interfere with the printer’s operation. Since the wiper itself would prevent the build platform from being fully inserted, the user wouldn’t be any more likely to forget it there and start a print with it still hanging.

I made a wiper stand but it doesn’t help much if I’m cleaning a tank installed in the machine.

I’ve hung mine on the end of the release handle before, but it’s precarious and still somewhat in the way over the center of the tray.

I’d mod a little horizontal standoff myself but don’t want to affect my printer’s warranty. Thought about a clip but you’d have to put it on/off each time since its backside would be in the path of the resin cartridge and possibly lid. Tried a Neodymium magnet, which I thought was clever, but unfortunately the shroud isn’t a magnetic metal.

Thanks for considering this idea.

I just hook the wiper on the side of the build plate and let it hang there for a half hour. Then I put it into an empty plastic drink cup.
You can’t let it hang indefinitely this way or on that fancy hanger offered elsewhere as what happens when you remove the tray?

Well, I just intended it for short periods while cleaning the tray with the scraper.

You raise a good point though, I could see someone removing the tray while the wiper is still hanging on that imaginary, proposed hook, and dripping resin onto the optical window. But they can do the same thing today with the Build Platform so I’m not sure it’s much increased risk. And you could position the hook such that the bottom end of the wiper protrudes just slightly below the lip of the tray, to make it impossible to remove the latter without noticing the hook is still hanging there (I think that would make it naturally compelling to remove the wiper from the hook first).

Interesting suggesting about hanging it from the build plate - I didn’t realize it offered a robust enough place to hook onto, will have to try that.

You can hang the wiper towards the front of the build plate and if you don’t see that when attempting to remove the resin tray you’d need to have your eyes examined.