Injecting tough resin in flexible prints? And other questions from a newbie

Hi all,
About to order form 2 and have a couple of questions see if anyone else had tried.

So first up imagine a bat wing with small hollow channels where bones would be, pockets inside the flexible resin. Printed with drain hole and flush clean with syringe IPA, could you then inject tough into these pockets and use UV postcure box to harden them?

Second question, has anyone printed a clear resin object and then cast that object inside clear polyester resin so it’s floating in the middle? Thinking with the finish at 100micron if you illuminated from bottom the printed part would light up quite nicely?

Much appreciated any opinions.

That’s a great idea about injecting the hollow channels with tough resin in the bat wing to create “bones”. I love it.

Coincidently, I will be creating little “display cases”, later today, for these tiny figurines. (See below).

They are too delicate to handle, so I will be printing little hollow boxes out of clear resin, inserting the pieces, and then filling them with clear liquid resin and then curing them: just as you said. 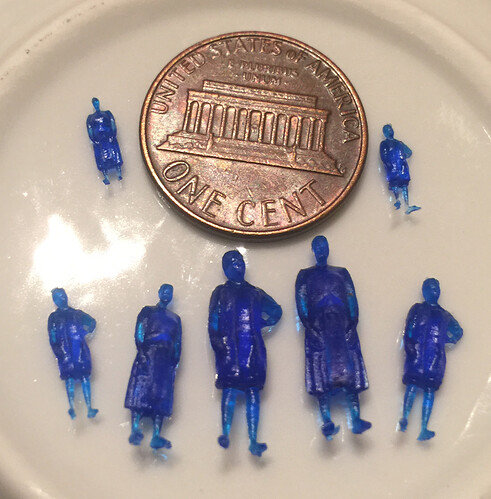 I cannot wait to get my (works) form 2 printer. Looking at your figures gives me an idea that technically would be work related

Thanks for sharing your work they look great, look forward to seeing them in their little display boxes.

With regards to injecting tough resin, I have doubts that it would cure fully unless everything is very thin. I think you would have more luck injecting a two-part epoxy, possibly including steel rods (headless nails or screws) to act as rebar.

Was thinking that, about curing, just like the idea of composites made from the different resins. But think you are right about two part epoxy.

Hopefully won’t take too long for my company to process order, then it’s just the hopefully not to long a wait for delivery

Bubbles in my display case! 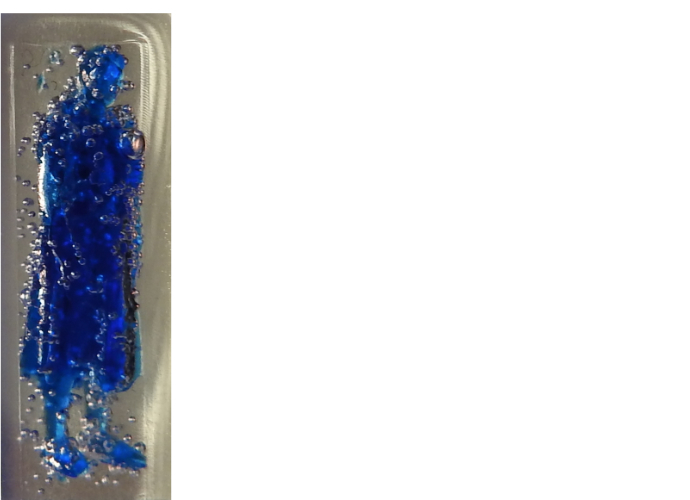 They only appeared after it started curing. I will try again, and degas the clear resin before I inject it into the display case.

Ouch, though if you uplight it, it may look funky :). Next on purchase list for work, once project fully justifies vacuum chamber and pressure pot.

Less bubbles after a degas, but still bubbles. 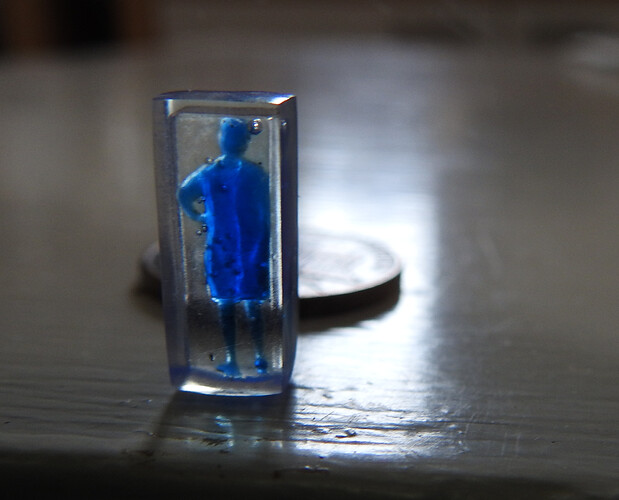 That’s a shame, keep at it. is any air getting trapped in the model? still looks really amazing though.

… is any air getting trapped in the model?.

No, it starts out perfectly clear, then the bubbles form after resin seals and hardens at the entrance of the case.

I have purchased and am waiting on a handheld UV laser to be delivered which was recomended by Randy_Cohen in his post. It has a nice wide beam that I can use to cure the case in the direction starting from the sealed end and moving towards the open end.

That way no uncured resin gets trapped which might solve the problem. 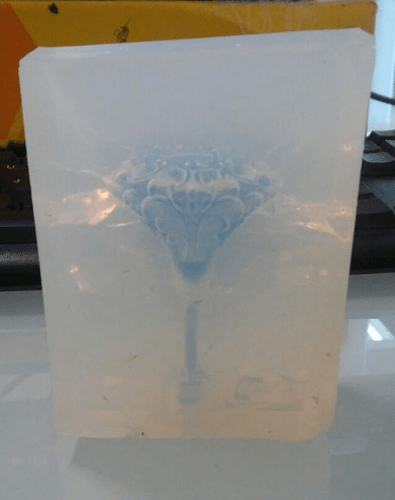 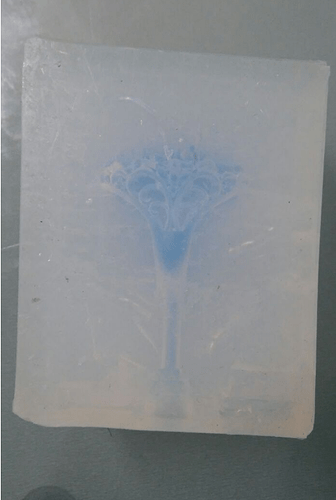 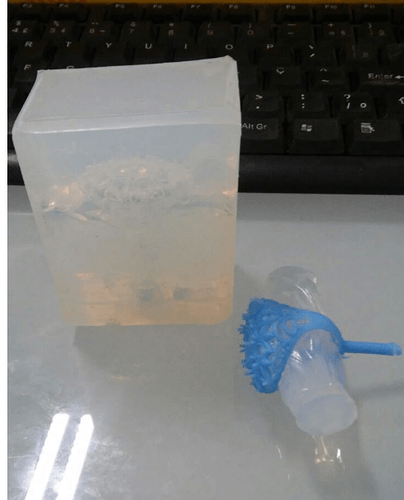 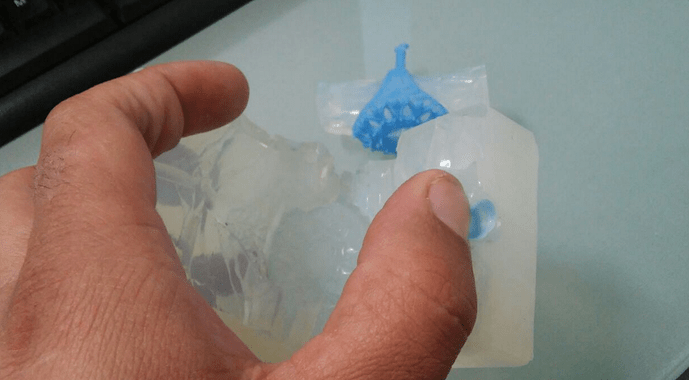 Your probably better off using encapsulating clear resin from someone like Smooth-On. I would think it would be far cheaper and much clearer. 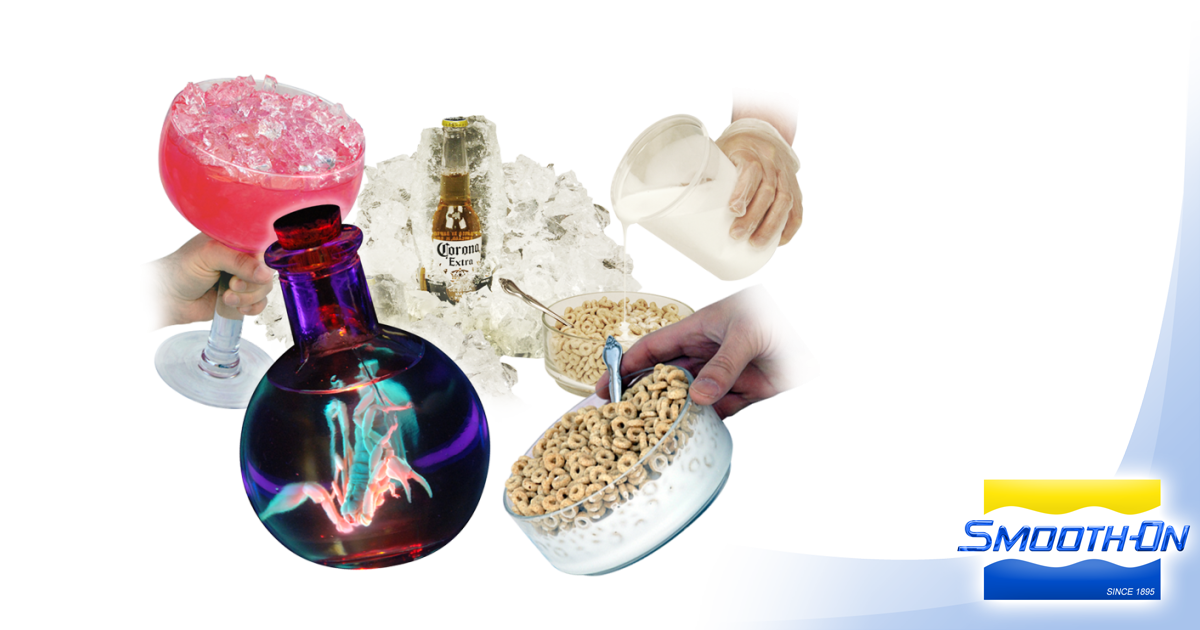 Create displays for retail, theatrical, or even home usage as well as tutorials for solar cell encapsulation.

Thanks, I agree with you for sure, and I wouldn’t be surprised if it is a lot cheaper too, but I do like a challenge.

Yep, though it’s not anywhere near as good as the smooth-on I have two packs of the pebeo gedeo crystal resin, in Red, that’s waiting on projects.

As far as the bat-wing idea…

Are you talking about the “wing” being made from the flexible resin? If so. The printing of the bat will will be a challenge in the first place… but presuming you can print the original model successfully, make sure that you flush the passages well with alcohol (to assure that your passages are open… and you do need a out-let for the tough resin and isopropyl flush.

Yes, That should work just fine… presuming the original print is successful. I can tell you that when you are printing with the flexible material, the orientation of the model matters. Most importantly, once the supports have been created, you need to orient the model (rotation about the z-axis) such that the final position is as rigid against the tray wipe direction as possible. Such that, if you orient a toothpick at a 45-degree angle to print it, then the model should be oriented such that the part is parallel to the wipe position. If it was 90-degrees to the wipe direction, it will be deflected by the release motion of the tray… if parallel, it can resist that motion and you will be successful.

You are a star, many thanks.

We are working on a plan to make a heated water bath UV curing box. Yep to the flushing and bleed holes for air to escape when injecting tough, working in a hospital does have some benefits when I need access to syringes and fine needles

Trying to think on as many uses and ideas for the printer as we can, we do concepts and prototypes for in-house medical devices supporting medical research and patients so the more tools available and knowledge and practice of the strengths/weaknesses the better.

Batwing was what I would use as a test piece and is easy to visualise, what I really want to play with, and will be fingers crossed, is soft robotics.

Still waiting on our procurement system to put out the order. Hopefully not too long.

Many thanks for alignment tips, I will pay heed.