I was wondering why the line came out after the output 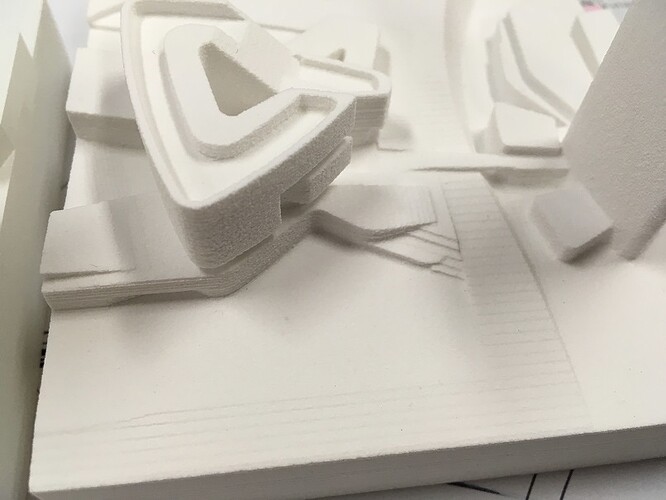 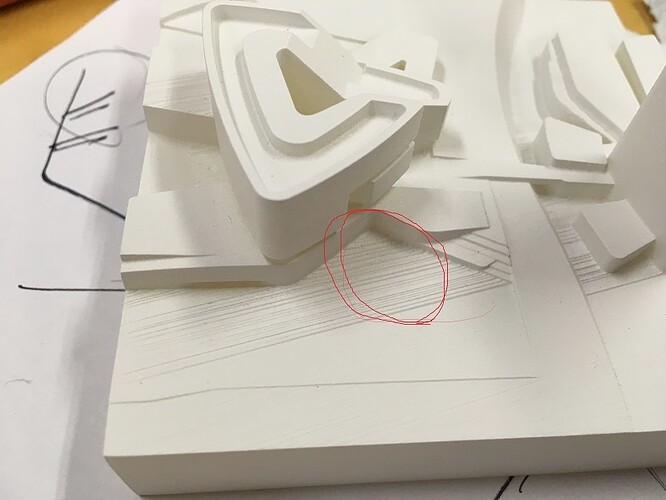 i want to diminish line(red circle) like picture1 when i printed out. I used flgpwh01 and printed out as tilted because of size.

I’m not sure whether this is the case here, but that sort of artifact is common when you have two shells which touch, but aren’t unioned together. Is it possible that the bottom of the low part of the building is coplanar with the flat area around it?

The best ways to avoid this are either to union your shells together (using something like MeshMixer) or extend the bottom of the building so that it actually sticks into the ground instead of just barely touching.