I recently order tough 1500 resin and started a print yesterday. It printed fine all day yesterday but this morning it stopped and the resin in the tank looks like porridge. It looks very flaky in the tank. During the printing process the motor stopped moving because the resin tank arm are stuck from the flaky resin. I checked the date on the resin it was manufactured a in May. Anyone have any idea why the resin turned flaky? 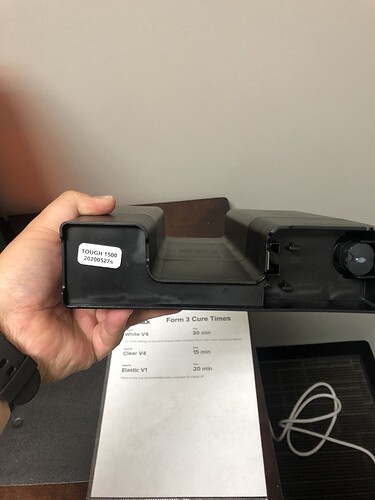 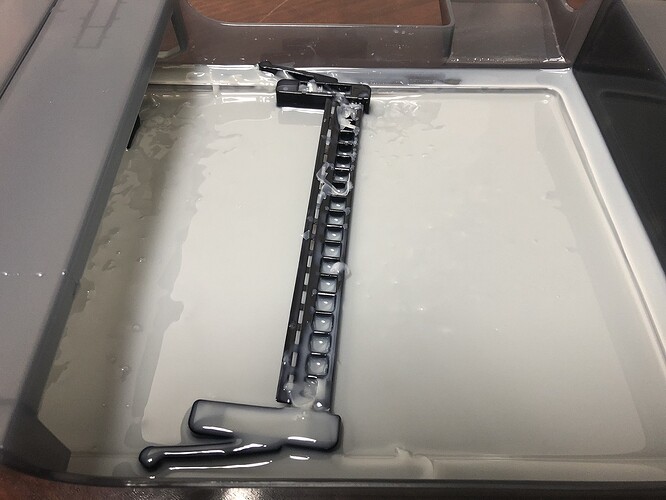 That looks to me like you have lots of partially cured resin from failures during prior prints. Follow the instructions to clean up after a failed print and filter your resin. After you drain the tank, inspect both sides of the tank film (remember not to touch the inside with anything, and if you need to clean the outside use only PEC PADs. Don’t use alcohol on any part of the tank.)

Also make sure you clean any residue off your build platform (it might be similarly contaminated with bits of partially cured resin).

Make sure you don’t leave resin in the tank exposed to light. If it’s out of the printer, keep it in the plastic box (with orange lid) that it came with.

Also close your cartridge cap, remove the cartridge from the printer, and give it a good shake for about 10 minutes, to be sure the resin is properly mixed.

That there was enough gunk there to get your mixer stuck is a concern. If you go through all this and it happens again, I’d start investigating other issues (e.g. maybe there’s a laser issue that’s causing an out-of-focus beam to cure more than it should). Support can help you there.

Also got this mess!

It was caused by the PreForm, because there was a layer shift when printing objects directly on the platform.
Great!
Means a lot of crappy “lost” cured parts had been swimming in the tank.
Lost nearly 30% of one cartridge.

Wouldnt be that bad but the lost money makes you really pissed. And it took several prints to realize that it was a shift wrongly calculated by PreForm 3.7x to 3.80.
Also wasted lot of resin of ApplyWorks.