Any ideas why parts are not square replaced vat and cleaned mirrors and still have this issue? 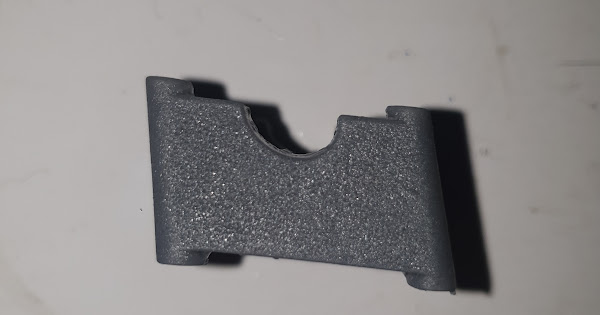 Peel forces? Does it help if you e.g. double the number of supports? Or try a different orientation?

Will try what orientation do u suggest also any tips how to double supports ?

You can adjust the Density in Preform, then regenerate the supports. There are a bunch of Advanced settings you can play with too. If the warpage is due to peel forces then increasing the contact point size might also be helpful. Having lots of fat supports helps keep your part locked in place, and resist its tendency to deform during the peel.

Also, placing the part close to the hinge side of the build platform can help (peel forces there are weakest), as well as rotating it (around Z, after supports are generated) so that the highest side is closest to the hinge.

Your existing orientation doesn’t look bad. If the issue really is due to peel forces, I suspect simply doubling down on supports will solve it. But if you want to try something different you could rotate it to be closer to vertical (i.e. so the four screwholes are running almost straight up and down, or maybe tilted 15-30 degrees from vertical, in both planes). You can click the orient button in Preform repeatedly until you see something close, then tweak the rotations with some minor adjustments by hand.

Think about about what happens every time the tank tilts in order to peel the freshly printed layer off the PDMS, and how that stresses the part (i.e. it tries to stretch the part along an axis normal to the tank). If you can visualize that, it’ll give you an idea of what orientations might work best to protect critical dimensions or where you may want to manually add some extra touchpoints to make things more rigid. (You can Edit Supports in Preform and even pick a different touchpoint size for the ones you’re plopping down by hand.)

It looks like a fairly small part, you should be able to try two of them on the next attempt - one in the previous orientation, and one in a radically different one - and compare results. Just don’t overload your platform - more printed surface area on each layer means bigger peel forces for everything (and crowding can also impede the flow of resin).

even after trying this still results in parts not square

I would suspect something mechanical. Is it just kindof stretching vertically? Might be loosing steps on the z axis.
Horizontally might mean galvos might be busted, have had similar happen.

Have you reached out to Support? Even though the Form 1+ is out of support / warranty, they’re pretty helpful and knowledgeable and might be able to help you zero in on the cause. I’d open a ticket.

@Skusci is right… could be something like a peel motor issue.

yeah, but don’t seem much help as they can’t calibrate them anymore.