I was attempting to print a small, long part flat on the Form 2 and it printed successfully, however, I noticed the bottom of the part had what looked like a partially cured, flakey layer on it. I attempted to peel some of this off but only parts of it were removable and now after curing, the bottom layer looks quite bad.

I was printing flat on purpose in order to keep the surface finish of the top as smooth as possible (this is for a fluidics application, and I can’t show the entire part).

I also printed this part at an angle with the same support settings and it came out fine (except obviously the surface finish of the top face had layer lines).

I’m just wondering if anyone has knowledge as to what may be causing this. Not enough supports? Support touch points too small? Should I print at a larger layer thickness (this is at 50 microns)? Other issues? Attaching pictures of what I can to hopefully give some idea of the problem. It might be hard to visualize the problem on the picture after it was cured, but the edges are squiggly and those areas had flakey cured bits along it. 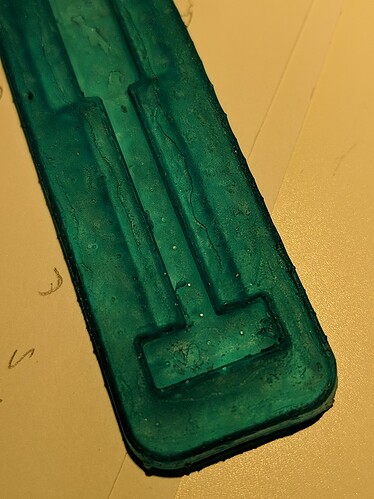 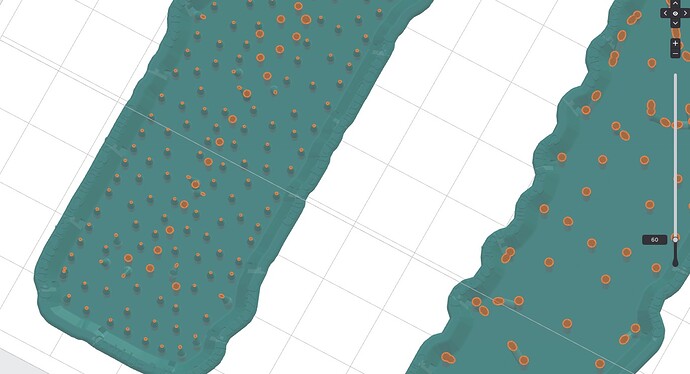 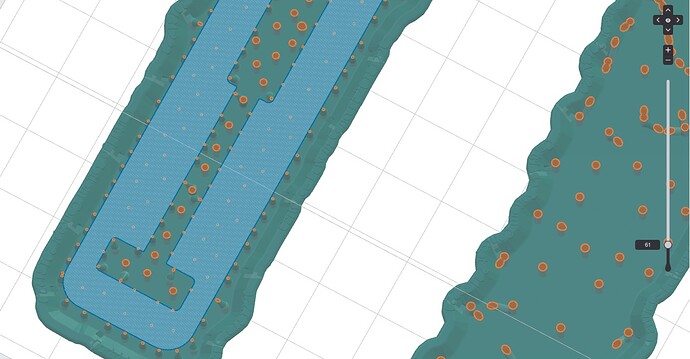 Slicing it at 0.1mm, or increasing the touch point size to 0.7mm seems to make the first layer hit the supports. I’ll try printing it with that and see what happens. 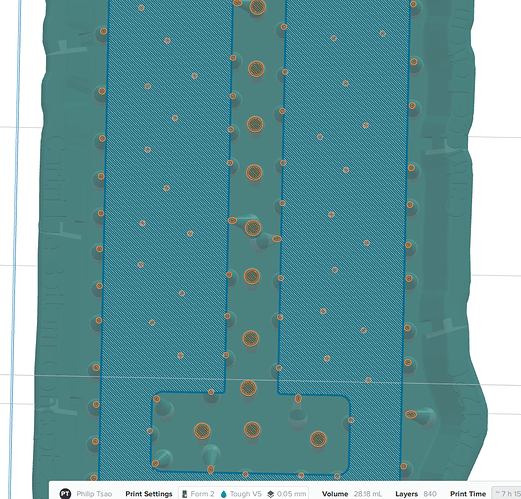 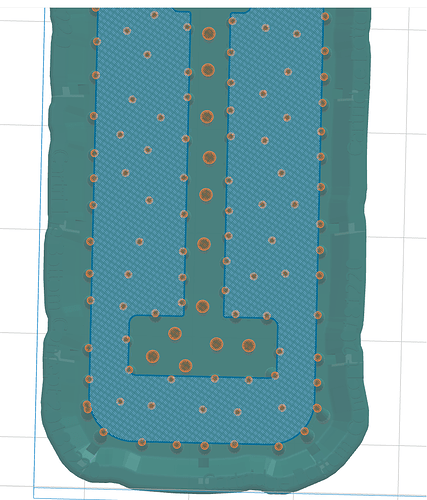 Have you tried re-generating the supports with the final resolution selected ? TBH I have no idea if this will work but it’s worth trying.

Otherwise, and especially for support points placed on or near edges, I tend to modify them manually and move them frankly on one face or the other (on one side of the edge or the other) just to get a cleaner edge once the supports are off.

That being said, your support density seems a bit low for a part printed perfectly flat, it may be that the first layer (or even first few layers) are wrapping like cloth during and after the peel operation and aren’t flat when the platform get back own for the next layer, leading to the issue you are encountering, I would actually bet on that rather than the touch points being slightly off as the cause. Keep in mind the first layer is a <0.05mm film of plastic fully attached to the tank and that you try to peel off by pulling on it with tiny 0.4mm points

I just want to echo what John mentioned. It’s definitely worth trying these parts at a bit of an angle to see if that improves print results. If it doesn’t then you should feel free to get in touch with our support team at the link below and we’d be happy to investigate a little further with you!

Thanks @JohnHue . I agree it might be the support density & size. I’m running a test print right now with a slightly higher density and touch point size so will update you guys on the result. I’m also printing it at 0.1mm instead of 0.05mm as I think that first layer will be stronger. If that works, I might go down to 0.05mm just to see.

@DKirch I did print the part at a 20-25 degree angle along with the flat part in my initial print and it came out fine. As I mentioned, this is for a fluidics application so I wanted the top layer to be as smooth as possible (ie. no layer lines), so printing flat is ideal.

I’ll let you guys know what happens with my test prints. Cheers.

So some interesting results. I printed this a 0.1mm flat and the bottom came out perfect. I also tried printing at 0.05mm with increased support density & size. The flaking definitely was less with more/larger supports - but it almost gets to a practical limit. Also, it looks like there are sometimes random explosions and artifacts when printed flat this way. I supposed I’ll have to live with printing it an angle!

Without a ton of supports it’s going to have that issue when trying to print stuff flat. The layer is so fragile by itself that the movement of sliding the tray and moving the print up to print the next layer will damage it, that’s why it helps to print the part at an angle so that the difference in size between layers is very small and the part build up.

@Zachary_Brackin I’ve actually printed a lot of things flat at 0.1mm without any real issues (this part we’re talking about on this thread also printed fine at 0.1mm, but there were other issues with really fine features that had problems at 0.1mm but not at 0.05mm).

In general I do try to print most things at an angle, but sometimes there are good reasons to print flat.