Hi … I’ve had about 5 failed attempts to print in clear. Last
attempts in black (a couple of weeks ago) printed OK, so I don’t suspect a major fault.

At first I couldn’t get adhesion to the platform with clear today … remixing the resin seemed to
improve that. Now I get adhesion to platform fine, but the instance
with supports fails in the supports, and the instance built without
supports doesn’t have good enough surface detail/smoothness to be
useful.

Any help here? It is a brand-new tank, and I wiped the main
mirror with a Pec-Pad as one of my attempted fixes already. 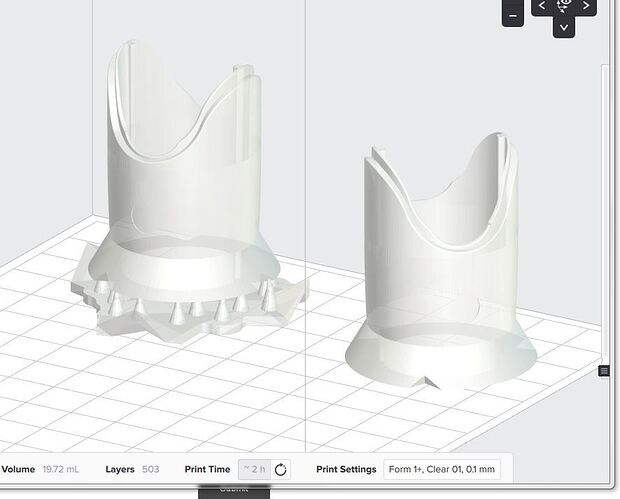 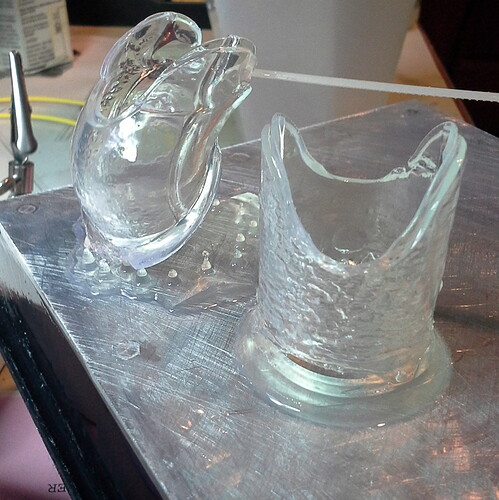 @TadFinkler
I have a few questions:
Have you opened a support ticket?
How dusty / dirty was the main mirror?
Did you use IPA when you cleaned the main mirror?
Have you tried printing off a set of butterflies?
-David

I did open a support ticket.

The main mirror was not incredibly dusty, and I don’t suspect it was really the problem. I only did a dry wipe on it with the pec pad (step 1 of the FormLabs instructions) because after that there were no visible smudges and I didn’t have any 99% IPA available today.

I have not tried the butterflies. I did try another round of my same file, this time telling the printer it was black resin, but still using clear. The results were MUCH better, but still not without flaws. 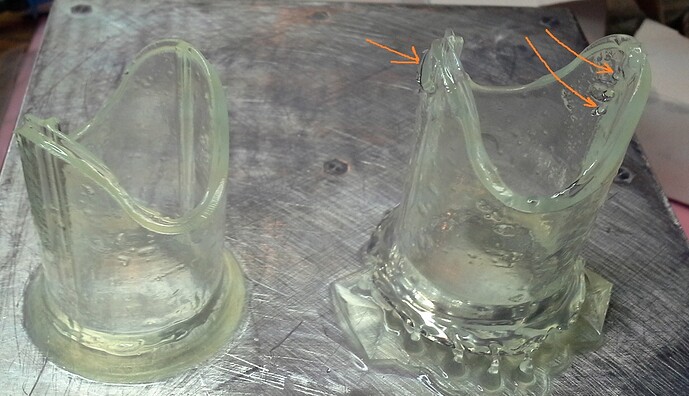 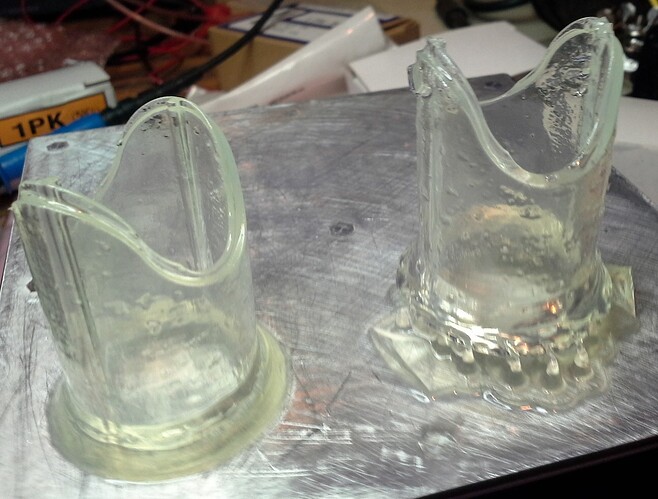 I also forgot to mention in my first post that after the early failures and reading that people have poor results in low temperature environments, I stuck a space heater in front of the printer and a thermocouple inside the housing. It was reading around 75-78F for most of the later prints, which I suspect helped along with remixing the resin in the bottle.

I had a similar issue - I think they refer to it as rashing. One step I found helpful, was to study other postings about print failures to get a better sense of possible causes and the language that’s used to describe it. That enabled me to better communicate with tech support and get to the root cause more efficiently.

In my case the root cause was a rather large object that landed on the first galvo mirror. That object was splaying the beam and causing unintentional curing of resin around the model. The lumps of partially cured resin were then wicked out of the resin tank as the model was pulled up. It was merely an annoyance at first, as the debris would clean off, but eventually grew worse until the models started tearing loose (ragging). Tech support sent me clear instructions on what to do and were vigilant about following up to make sure I was operational again.

I would tilt the part and allow it to generate the supports and edit as needed.

And yes, you can use a dry pec pad to clean the mirrors, though you’ll want to not reuse a surface of the pec pad (especially on the galvo mirrors) since the dust that gets cleaned off can then scratch the mirror if you use the same area to wipe again. Main mirror isn’t as sensitive to dust as the galvo mirrors.

Looks like a neat set of parts for your project, Tad. Thanks for sharing here with the group.

Definitely tilt the part to avoid a flat edge parallel to the surface of the build platform. This ensures there’s no loss in quality in the first layers of the part nor over the duration of the print (which would happen if any pieces/debris separate from the print or are floating in the tank).

Regarding the mirror cleaning tools and process, if you do find that the mirrors need maintenance, PECPADs can be used wet or dry. Iterative passes, alternating dry-wet-dry, are often most effective, with the wet PECPAD only requiring a few drops of clean alcohol on the wiping edge of a folded PEC*PAD. Be sure to use clean sides of the pads and make long, slow passes, like these videos demonstrate: http://formlabs.com/support/printers/form-1/cleaning-mirror/

Any help here? It is a brand-new tank, and I wiped the main

Usually, for me clear resin had the best results until now. And tough resin is also very good.

But I had only problems with grey resin though. Checked the printer, cleaned mirrors, changed the tanks. Until I got my answer. It seems I received in my last order 8 months old resin.

And when I started printing with it this month all prints failed. Considering it’s valid for one year and it will son expire.

I expected it to be one year valid from the moment I buy it… not just 4 months.

Maybe you should check the validity of your resin.