Hey Everyone!
I’ve had the Form2 for about a month and it is rockin! I print all day, just about everyday. During our most recent print, we encountered our first failure. It is adding horizontal lines to the print. I tried moving the print around and it added lines again. This time on a different area of the print (because of it’s placement) but in the same place as the last print. Not sure if that makes sense, but I am unsure how else to word it.

Here is a screenshot of the file: 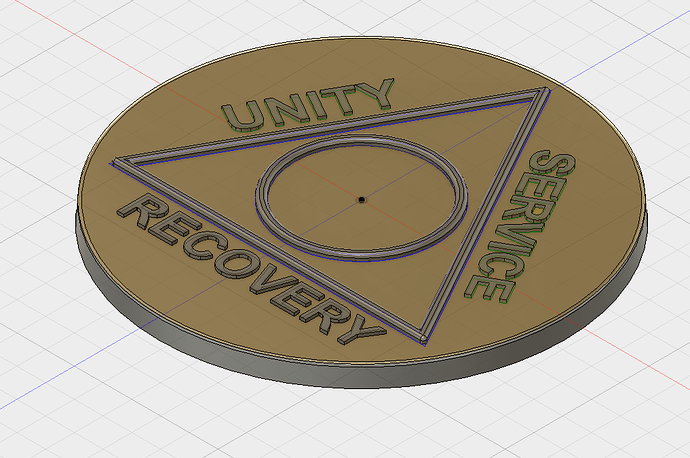 And here is the part that failed: 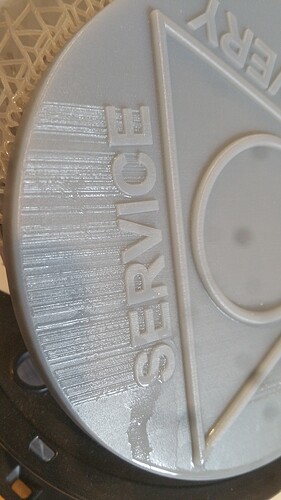 Basically, I spun the piece so that the word “Unity” was on the left side for the second print, and the lines showed up on “unity”. Leads me to think it is not the file, it is a printer issue.

That is extremely weird, I can’t imagine what would cause it–since it’s only in line with the letters, I would think that the other details would have the same thing if it were a general problem but since it’s so specific that seems very odd.

This looks like a “bad” stl (which Preforms version of Netfabb did not repair properly).

If this is the case, you will be able to see those “funky” layer artifacts in Preforms slicer (the sliding bar on the right of the screen).

You can try fixing the issue in your CAD software of choice, but I have had good luck using this service

Thanks guys! Looks like the STL file is the cause. The letters are joined right at the surface. I should have extruded through and joined the 2 bodies. For some reason Preforms didnt like where I offset my plane.

Make sure the letters are either a single mesh with the base OR make sure they intersect and not just touch the surface.
When exporting you may have better luck with obj format, all triangles preferable.

What causes the lines are co-planer faces where the normals of one body are facing towards the normals of the other body and they occupy the same space. If you saw a video game that had flickering faces, this is co-planer faces. In the case of the 3d printer it tries to create the slices and gets confused and ultimately causes lines across the surface.