I’m working on a project that involves progressive deep drawing of some thin copper sheet metal (5 mil thickness), which is a tricky part/process to prototype. I wanted to try 3D printing the tooling to speed up prototyping process, but I couldn’t find much/any information on the internet about anyone doing this. So I decided to just go for it and made some prototype tooling with Tough resin.
I’m using some very old and expired Tough V1, so I’m sure the results could be different with a newer/different resin. The circular copper blank (5/8" diameter) was produced with some crude photo etching (I tried punching the blanks with a cheap Harbor Freight punch & die set, but the thin metal gets drawn into the gap between the punch and die). The blank holder is a simple laser-cut piece of wood or acrylic that is fastened to one of the die halves with M2 screws. I used a set of leader pins and bushings from Misumi to allow the two halves of the die to slide smoothing and precisely relative to each other. After assembling everything together, the die is pressed in a small manual 1/2 ton arbor press. 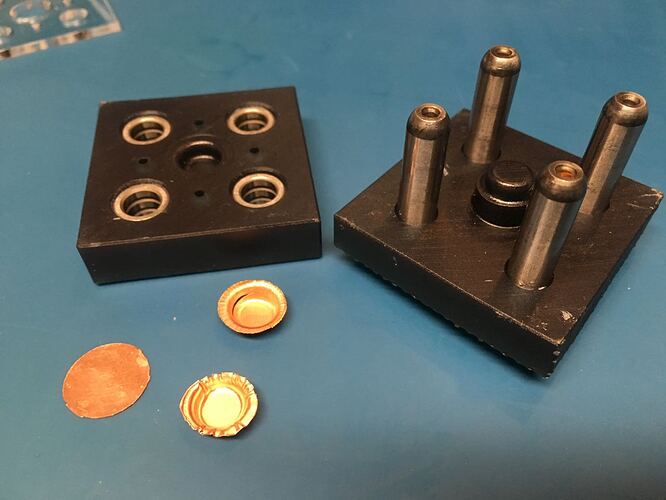 IMG_0762 (1)1280×960 84 KB
The results so far are not perfect, but hold promise.
The first attempt was a bit different, made with a plywood blank holder, a roughly punched blank, and simply hammering the die to close it (didn’t have the arbor press yet). The flange wrinkled significantly and unevenly. 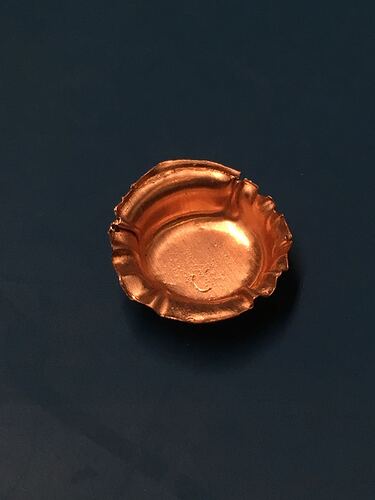 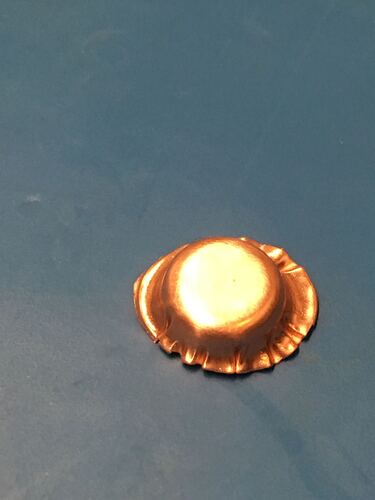 IMG_0764960×1280 57.1 KB
The second attempt used the photo etched blank, an acrylic blank holder, and the arbor press. The wrinkling was significantly reduced, but the part appears to have torn about halfway during the pressing. I didn’t design any nominal clearance in the die, so there may have been excess friction. 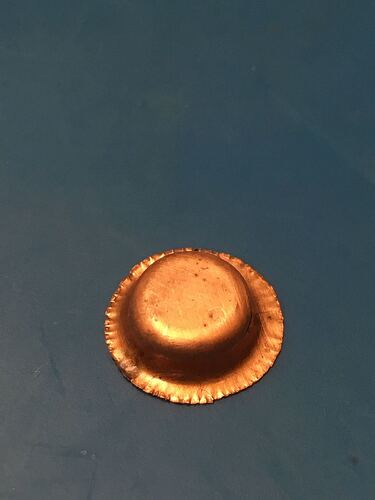 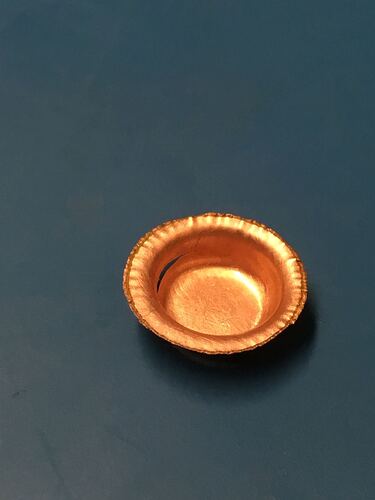 IMG_0765 (1)960×1280 53 KB
The good news is that the Tough resin tooling is holding up well, and exhibits minimal wear so far. I think it would be good for at least a dozen parts if not more. I’m curious to try different resins that might be more suitable for the process (Standard, Rigid, Durable?). I think my prints with expired Tough V1 also exhibited some dimensional inaccuracies that could be contributing to some of my issues.

If anyone has any tips/tricks for making 3D printed polymer tooling for sheet metal forming, I’d love to hear form you!

I’m actually interested in the new Rigid resin for some fixtures similar to this.

I don’t know what your project is for but here are a couple of pointers.

Not a die maker but I grew up in a die shop and stayed at a Holiday Inn Express last night. Expert

+1 on the rigid resin here - I’m surprised at how well the tough is standing up to that, far better than I would have expected.

Have you fully annealed your copper before pressing it and would it be worth annealing partway through the process? I’d agree that does seem very thin - is the material thickness dictated by the application or is there any leeway to go a bit thicker?

There are instructions around for the Bonny Doon deep-draw kit that might be of use; I’d post a link but my google-fu is failing ATM.

How deep are you trying to go with this? Would a silhouette die work (using urethane as the pusher)?